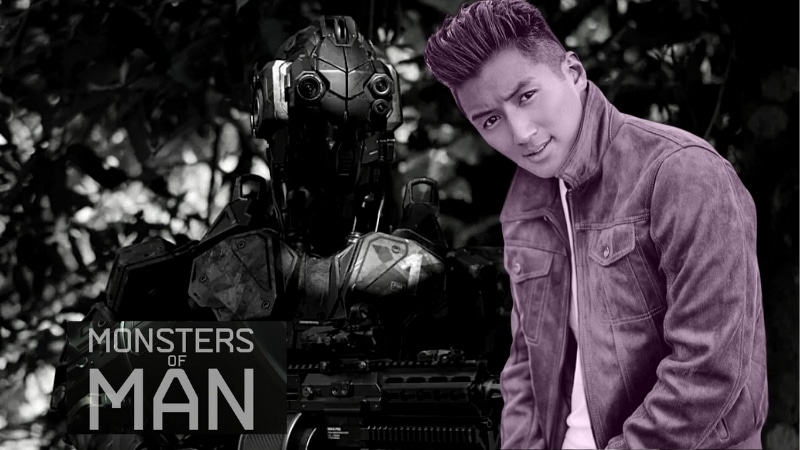 Born and raised in Kaneohe, Hawaii, Conrad Pratt is every inch a creative artist. The Monsters of Man star spent his high school years training with one of the most famous dance studios in Hawaii. Upon completing high school, he moved to Los Angeles to try his luck in the film and television industry. It turns out, luck was on his side.

Pratt’s Role in Monsters of Man

Since his big move to Los Angeles, Pratt has scored roles in big projects such as Glee, Hawaii Five-0, The Wolverine, and Rush Hour. In between these roles, he was bartending on the side to support his career, and he even found a bar consulting company called UNA MAS Cocktails.

His most recent work is Mark Toia’s Monsters of Man where he players Bao, a medical student. The film shot in the Cambodian jungle revolves around young American doctors who are caught in a troubling secret military operation.

“Mark (Toia) shared the renderings of what the robots would look like and that’s all I really had to run with. I remember the night before my first day on set walking around my hotel room like a freaking robot, HA! It was a lot of prep and experimenting but I also credit Mark’s ability to let me explore these characters so freely as robot movements can go cheesy super quick. But because of that freedom, we got some epic robots out of it!” he shared in an interview.

Pratt admits he is continuously wowed by what technology can achieve. When he was suiting up as the robot, he felt completely immersed in the fictional world. The director trusted Pratt with the movements of the antagonist, which was an experience in itself considering robot movements can become quickly funny when not done right.

The Korean-American LGBTQ actor is passionate about representing communities on the global screen.  He is most proud of opening doors for the LBGTQ community in Hollywood to be represented in the stunt community.

“As a gay actor of color myself, being able to represent several communities on a project of this scale was an absolute honor and I will continue to be a warrior for the LGBTQ+ and BIPOC communities,” he said.

Pratt added that he knows so many LGBTQ dancers, acrobats, and even martial arts professionals that can do amazing work on stunt teams, and helping to open doors for these people is something he’s very proud of.

According to the actor, dealing with rejection isn’t new in his life. However, he never fails to look at the silver lining of situations.

“Most of what we deal with in terms of rejection is in large part how we feel about ourselves. We either feel like we aren’t good enough, we aren’t pretty enough, we aren’t skilled enough; it’s tough because you have to be your own cheerleader. As an overall umbrella statement, when you can have your own back and pick up the pieces of rejection along the way, you’ll survive the world that is Los Angeles,” adding that although the city is hard to crack, it’s very much worth it.

Monsters of man premiered on December 8 last year on Amazon Prime, Google Play, Apple TV, and it will be added to more streaming services soon.