The Bling Empire is the Most Entertaining Show on Netflix Now 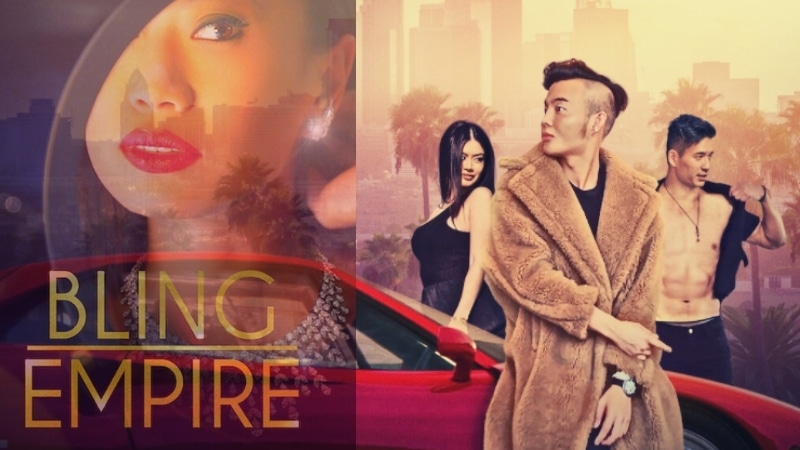 It’s no secret that people love peeking into the lives of the crazy rich. If watching people buy expensive jewelry, party, and fight with each other is your idea of entertainment, you should drop everything you are doing right now and watch Bling Empire on Netflix.

Netflix’s Bling Empire has been dubbed by people as Crazy Rich Asians on steroids, and while that’s true, you’ll see that there’s so much more than meets the eye as you watch more episodes.  While there are lots of parties, people draped in designer clothes, and catty fights involved, you’ll also be surprised at how it explores the identity of its cast members.

From influencers, real estate investors, self-made millionaires, to an heiress of a weapons trader, this show lives it up and will give you the perfect amount of escapism you need.

The series puts Kevin Kreider in the center since he’s pretty new to the City of Angels. The model quickly befriends a group of affluent friends including Kane Lim, whose father is a Singaporean billionaire. Kane becomes Kevin’s “social guardian angel” and introduces him to Kim Lee, a famous DJ who spends time finding her biological father later on in the show.

The show also stars Christine Chiu, who seems perfect for a Real Housewives role. Christine is the wife of a plastic surgeon in Beverly Hills and has a one-year-old she calls Baby G. Throughout the show, Christine tries hard to be her social group’s queen bee, but it seems she is not ready for the task.

You’ll also get to know Kelly Mi Li, although her role is mostly Kevin’s potential love interest. Unfortunately, she still hasn’t gotten over her on-off boyfriend Andrew Gray, who was once a Power Ranger.

The show also stars Jaime Xi, who was also born with a silver spoon on her mouth. Surprisingly, she makes decent money on her own as an influencer, racking up between $40,000 to $60,000 per Instagram post.

Perhaps the most interesting character on the show is Anna Shay, the queen bee. Anna flies private jets on a whim, drops thousands of jewelry and clothes, and throws incredible parties and dinners on her mansion. Anna’s charm lies in her lack of need to impress anyone, which is the opposite of Christine.

Is the Show Shallow?

In one memorable scene from the show, three of the cast meet up with each other while shopping for ingredients at a Chinese food store to make postpartum soup. As the cast stroll past aisles filled with cinnamon and dried sea cucumbers, they throw in dirty jokes. It’s nothing out of the ordinary – until one cast noticed a dried fish maw worth a staggering $15,000.

That scene is enough to give you an idea of how rich the cast members are, and there are more scenes like that in the series.

On the surface, the show may look like a badly written castoff series, but it actually uses a stark vision of opulence to hook its viewers and show them a refreshing take on rich people’s lives. More than that, it shows Asian customs and traditions practiced by Asian American Angelenos.

“We had a good amount of Asian Americans on the crew working, which helped a lot,” said producer and cast member Kelly Mi.

The elitism displayed in The Bling Empire knows no bounds. One character, Christine, even spews that she is a direct descendant of the Song Dynasty. But is the timing of its release tone-deaf considering the global pandemic?

It is quite obvious that reality shows are scripted at some point and Bling Empire is no different.  If you love other reality shows like Keeping Up with The Kardashians or The Real Housewives, then you shouldn’t condemn this show. To be fair, it was filmed in early 2019 before COVID-19 hit.

However, it’s the timing of the release that is inappropriate. In one of the episodes, Kim Lee shares that she pays “only $19,000 a month” on rent. And this scene will be seen by millions of viewers in a time where countless people are losing jobs and getting evicted out of their homes.

Bling Empire has been renewed for a second season. Check back for updates!