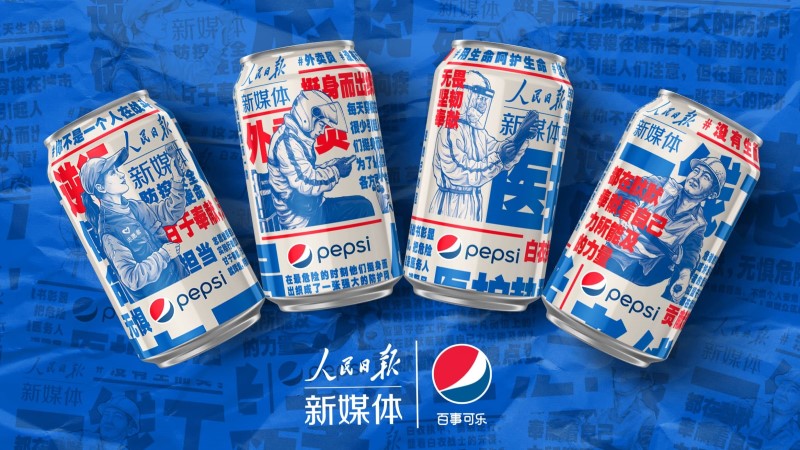 Global brand Pepsi leveled up their design as they rolled out their new packaging which aims to recognize the heroic efforts of people on the frontline during this pandemic. Called “Everyday Heroes,” the campaign honors medical workers, delivery men, volunteers, and frontline workers.

There’ no denying people are still experiencing the fallout of COVID-19. If there’s any consolation that has come up in this tumultuous time, it’s the recognition of the people who serve as the frontline workers of the “new normal.”

About the New Packaging

For the design, Pepsi collaborated with China’s People’s Daily New Media for their “Everyday Heroes” campaign. The new packaging introduces a new and brave class of heroes which include a medical staff holding an infrared thermometer, a delivery driver looking at his phone while on his scooter, a construction worker with a hammer, and a medical worker donning a full-body Personal Protection Equipment or PPE. 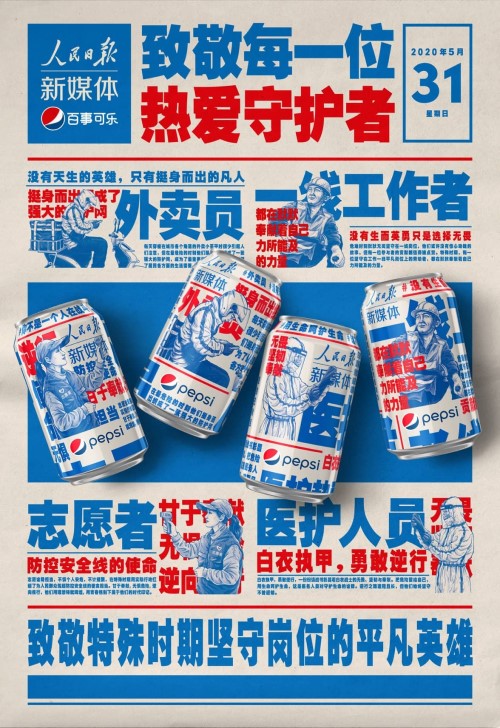 This is not a new concept for the brand. Over the years, Pepsi has collaborated with numerous designers for their packaging. One example of Pepsi’s strong collaborative initiative includes the Pepsi Challenge illustrations which hope to inspire youth to go out of the box and challenge themselves to strive for more and follow the company’s vision, “Live for Now.” 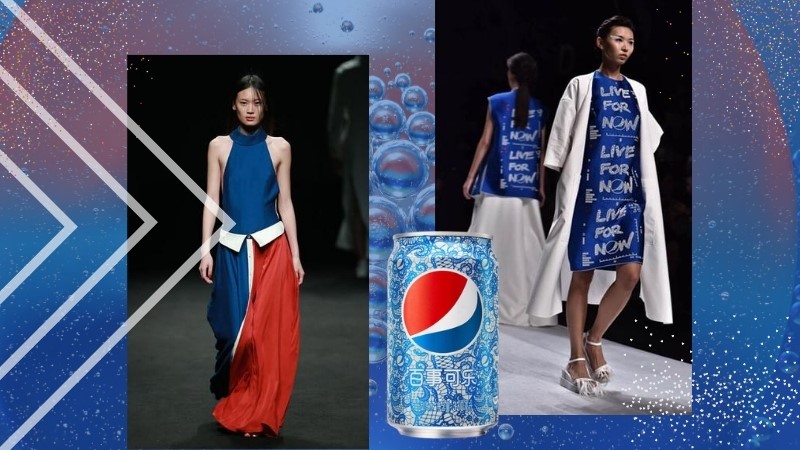 Although it’s not a new concept, the idea behind the campaign is unlike any other since it stemmed out of appreciation and gratitude. The company’s team made sure to come up with a product design that would resonate with their target market. The cans were inspired by newspaper typesetting design blended with the classic colors of Pepsi – red and blue. The final output resembles iconic mid-century patriotic posters.

The cans have four different featuring quotes which include “Heedless of Danger, Fearless of Sacrifice, Charging to the Front,” “None Are Born Brave, Yet We Choose Not to Fear,” “White-Clad Warriors Brave the Front,” and other comments from actual readers.

The limited-edition cans can now be bought at the company’s flagship store at Tmall.