Stories of Vietnam War Told from the Women’s Perspective 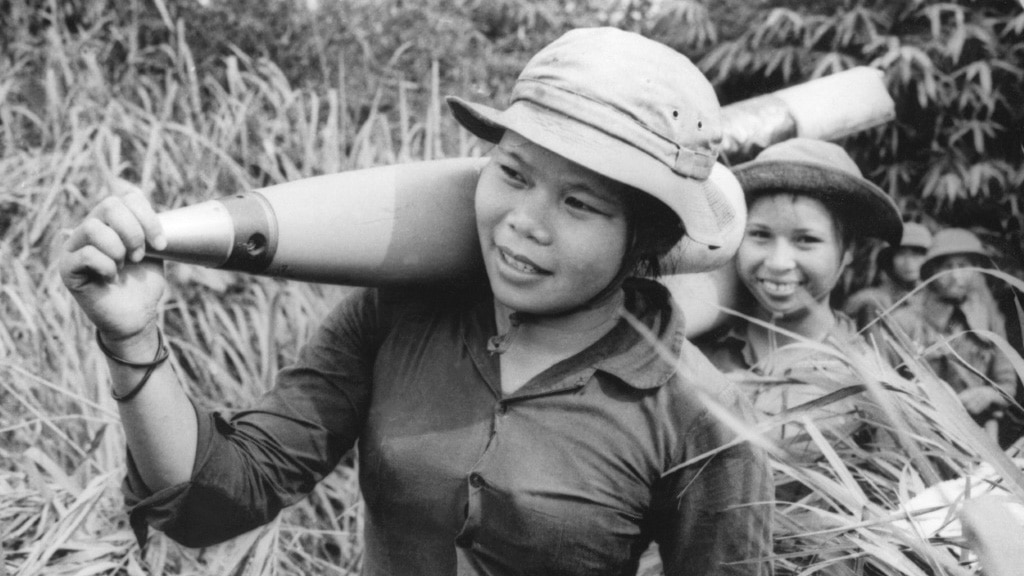 Women bore much of the burden of the Vietnam War but their voices have long been absent from the trove of literature on the topic, says acclaimed author Nguyen Phan Que Mai.

Speaking to AFP ahead of the 45th anniversary of the fall of Saigon Thursday, Que Mai says her new novel “The Mountains Sing” — written in English — aims to shine a light on the stories of women who not only endured and survived conflict, but had to rebuild shattered lives time and again.

“I’ve read a lot of Vietnam war fiction in English and most of it is written in the voices of men,” adds the poet and writer.

“I grew up with incredible women around me,” she says, adding that while many sons and fathers lost their lives in combat, it was women who had to deal with the heartache and the consequences.

“My childhood was full of images of women who were waiting for the return of their loved ones from the war. My village was basically empty of men and the women later had to carry on, had to raise the kids and survive,” she explains.

“The Mountains Sing” is written from the perspective of a Vietnamese grandmother and her granddaughter. It tells the story of four generations of their family through much of the 20th century, spanning the French colonial period, the rise of communism, the war with America, to present day.

Novels such as “The Things They Carried” by Tim O’Brien and Graham Greene’s “The Quiet American have become classics but offer few details of the female experience.

And Vietnam’s most celebrated novels on the topic, Viet Thanh Nguyen’s Pulitzer Prize winner “The Sympathizer” and Bao Ninh’s “The Sorrow of War” were written by men. 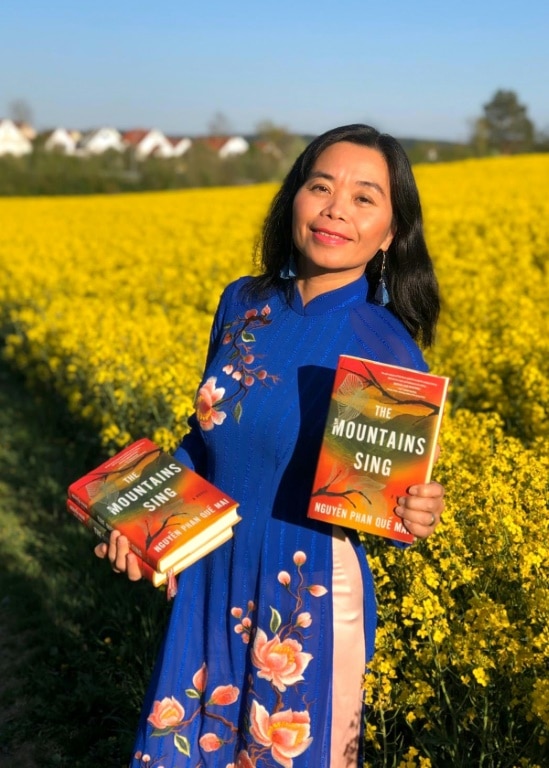 The 46-year-old wanted to take a fresh approach.

“I wanted to show the Vietnam war and Vietnamese history from another angle, from the angle of Vietnamese women,” she says, adding: “I could see that women are the people who bear the burden of the war.”

She believes it is vital to help people see there’s more to the country than the war, hailing it as a place full of complexity, colors, culture.

Born in 1973, Que Mai spent most of her childhood in the south in the post-war years after her father, a teacher, was relocated from the north.

They moved to the tip of the Mekong Delta in 1979, where the land was lush and fertile, but bullet shells had to be removed in order to plant rice, she recalls.

Like many people at the time in Vietnam — which was under a US embargo — they were dirt poor and her family rarely had enough to eat.

She rose every day at 4:30 am to catch shrimps in nearby rice fields before heading to school. After class, she would sell water spinach and cigarettes on the street.

Despite reunification on April 30, 1975, division between the north and south was as tangible as ever, she says, recounting a terrifying first night in her new home.

“I was eating dinner and I heard a ‘boom’ — someone had thrown a rock at our house,” Que Mai says. “The southern people considered us invaders.”

Four decades on, many of these old wounds have yet to be healed.

For those who fought in the brutal conflict with the US and for the family members left behind, there is still unresolved trauma, she insists. 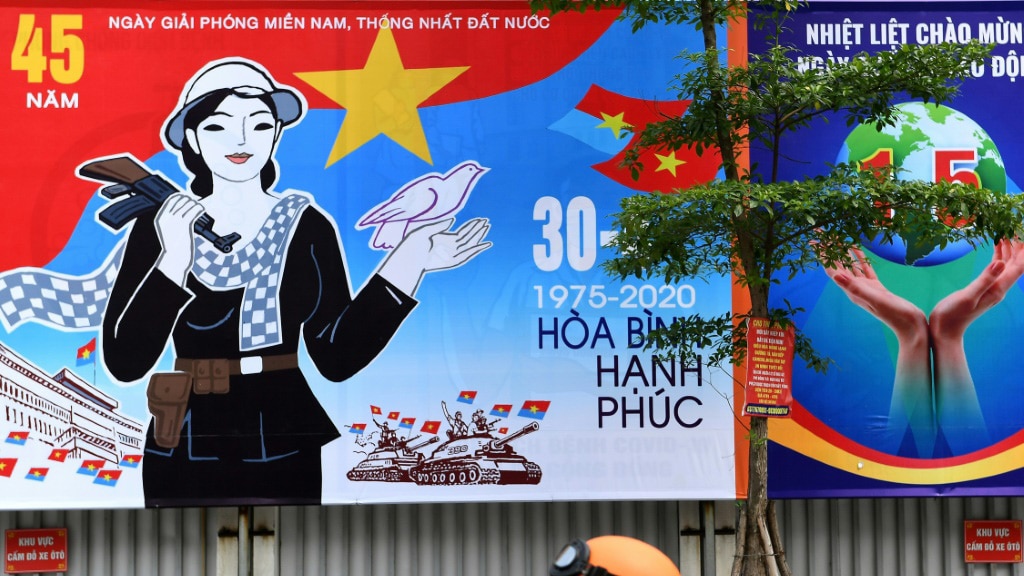 A woman walks next to a hoarding marking the 45th anniversary of the fall of Saigon, in Hanoi

“I have a friend who fought in the war and he cannot sleep with a ceiling fan in the room because he still thinks of American helicopters chasing and shooting him,” Que Mai says.

“And for many people the war still hasn’t ended because their loved ones haven’t returned home.”

Decades on, there is still a tendency on both sides to dehumanize the enemy, said Que Mai, who left Vietnam on a scholarship to Australia. She later returned, before moving to Bangladesh and Jakarta — her current home — with her German husband.

But the residual pain from the war was never far behind, she insists, describing how she refused initially to visit the memorial in Washington DC.

“‘I will not go in there and honor the Americans who had trampled on my country,'” she remembers telling her husband.

Que Mai later relented and cried as she stood in the memorial.

“It was the first time I felt humanity… because I was brought up to consider American soldiers as killers, as inhuman.”

The dehumanization goes both ways — an American veteran had told her that on the plane to Vietnam, troops were told not to worry about killing the Vietnamese because “they don’t love their families the way we do”.

Her novel — which is not currently available in Vietnamese — is not autobiographical. But her influences are clear, as she dedicates the book to her grandmother who died in the 1940s famine, her grandfather who passed away during the land reform policy of 1955, and her uncle, a war veteran.

She says: “I wanted to write this book for healing and for peace and for reconciliation.”