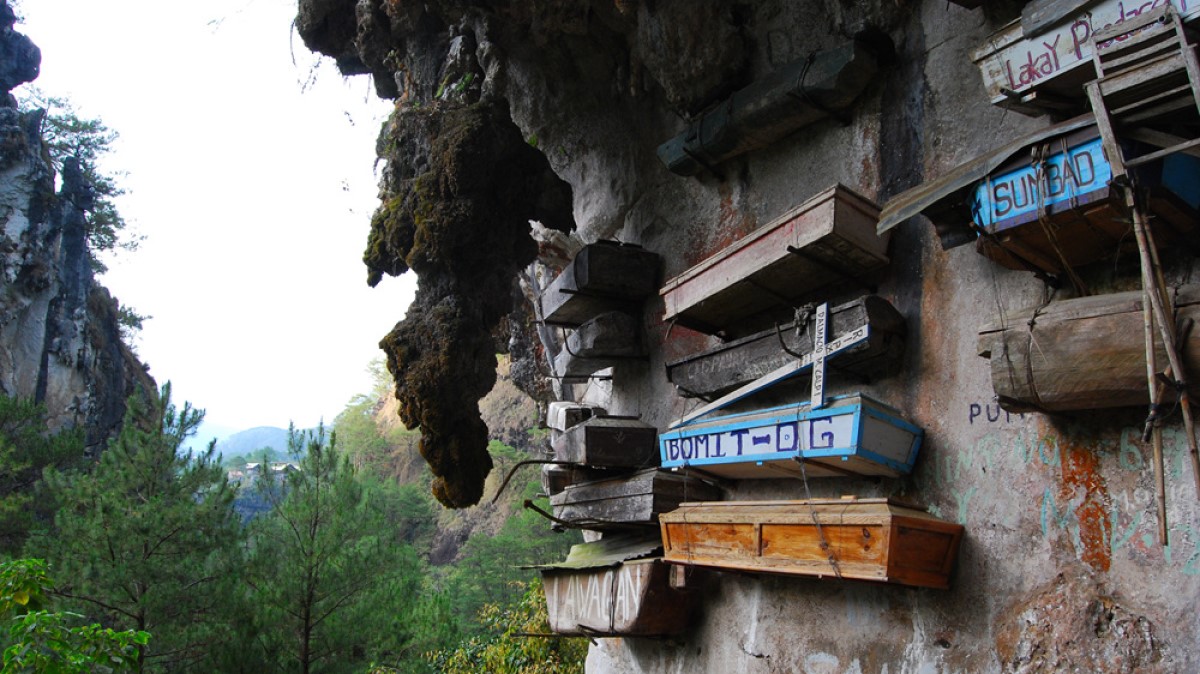 In the Philippines, hundreds of coffins dangle from towering cliffs

Bringing a brand new meaning to the phrase “closer to heaven,” the coffins of Sagada are suspended in the side of a cliff through strong ropes and wires rather than being buried six feet under the ground.

Surprisingly, this is not a new tradition. The people of Sagada has been doing the notable burial ritual for around two thousand years. Whenever someone is sick, they carve out their coffins made of hollowed logs. If they are too ill to make their coffins, their son or relative would do it.

The sight can be reached six hours away from Banaue and looks straight out of a horror film. The Sagada hanging coffins is an unusual site that can only be reached through hiking. 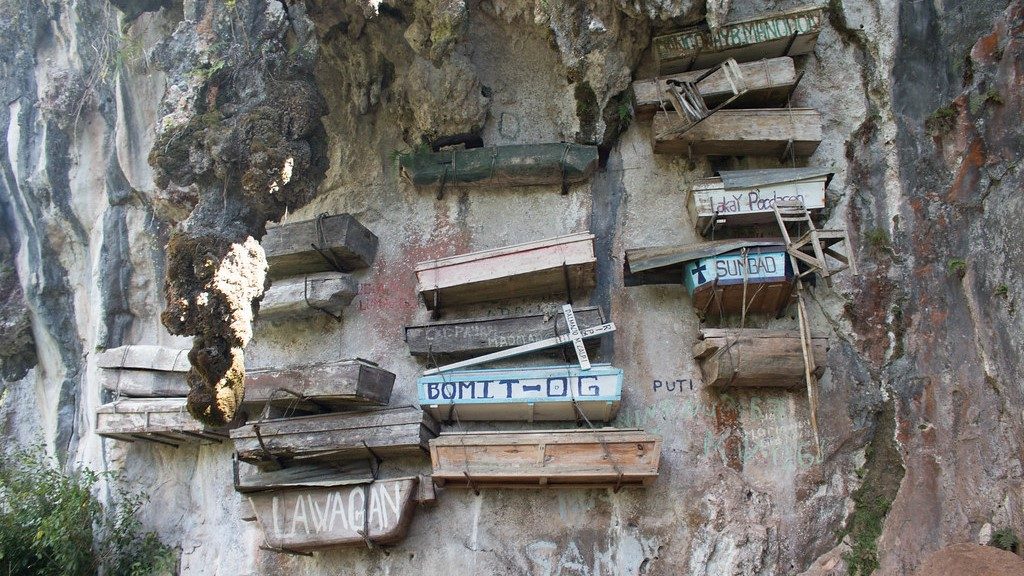 The people believe that if their bodies are placed high up in the ground, their souls will have a higher chance of reuniting with ancestral spirits. In fact, those who have a high position in the tribe and elders are placed at a higher altitude.

Additionally, only Igorots who died from natural causes are permitted to be placed in the hanging coffins. This is because those who died from illnesses or as infants are believed to bring bad luck. 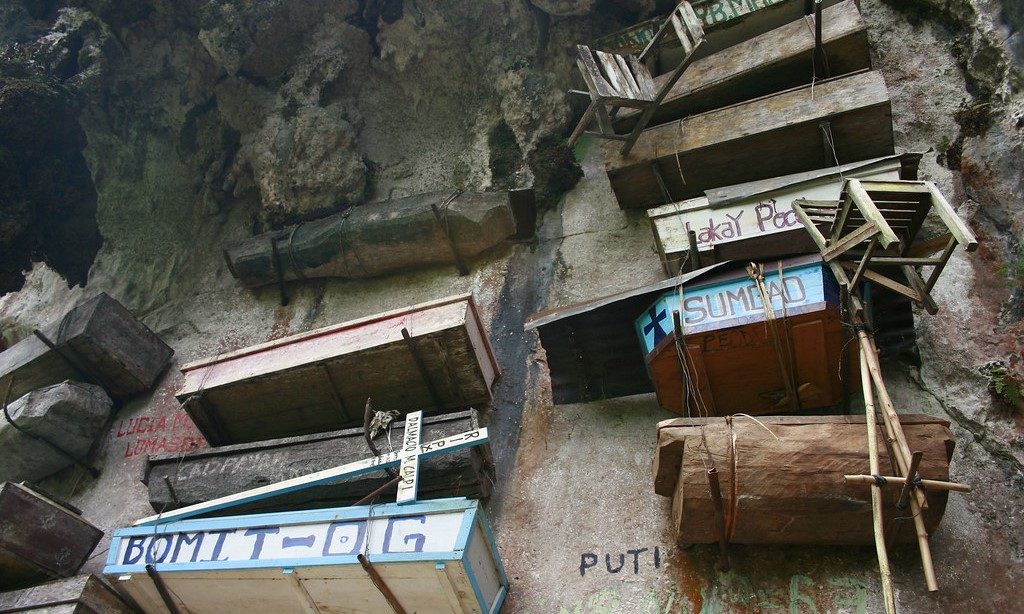 The coffins are smaller than the size of an average person. This is why the bodies would often be curled up in a fetal position or would break the bones for some to fit. This is the position followed because the Igorots believe that people should leave the world in the same position they entered it.

Unfortunately, many visitors and tourist do not pay respect to the site. In fact, there have been issues of people taking the bones in the coffins as souvenirs or good luck charms. The site was also threatened before due to a road widening project.

The hanging coffins of Sagada is a testament to the vibrant culture of the Philippines. Not only a tourist spot, but the site is also a pillar of history that deserves respect and protection.