See Bangkok from Above Through Mahanakhon Skybar

The highest and grandest bar and restaurant in Bangkok has finally opened its doors last July. Mahanakhon Bangkok Skybar is located at the 76th and 77th floor of the King Power Mahanakhon, one of the city’s most popular landmarks.

The unique restaurant in the heart of Sathorn can easily be reached through the Chong Nonsi BTS station. The iconic establishment was inspired by the concept of eclectic journey and the Chaopraya river, making it the perfect area to escape the hustle and bustle of Bangkok. 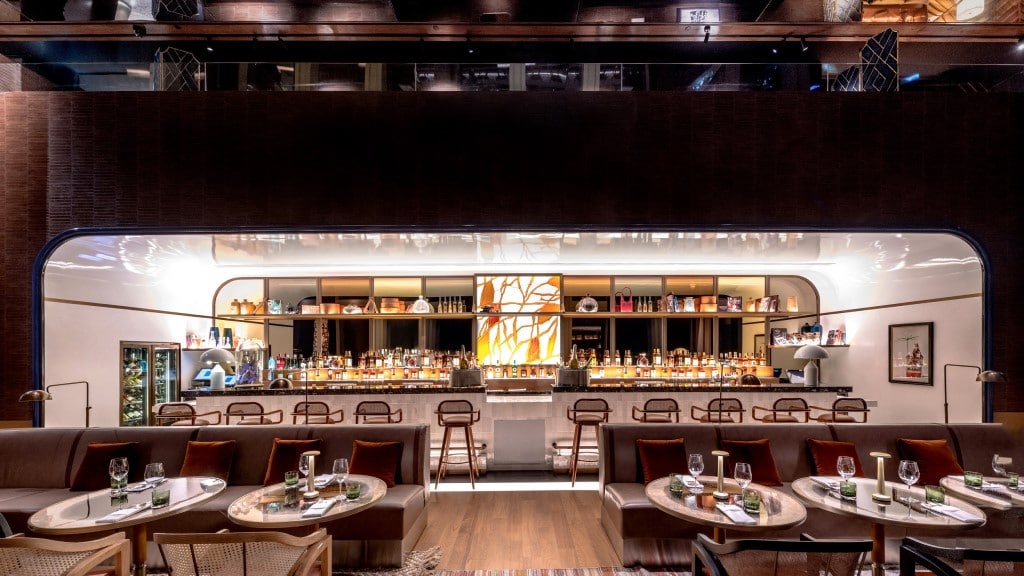 What the Mahanakhon Skybar Can Offer

At 1,030 feet, the “modern brasserie” is considered a milestone in the restaurant scene as it aims to celebrate the city. Coupled with its topnotch location, it truly adds flair to Bangkok dining.

One of the biggest perks of dining at this beautiful restaurant is you can access the building’s skywalk located two floors above. The observation deck will give you a 360 view of the entire city. 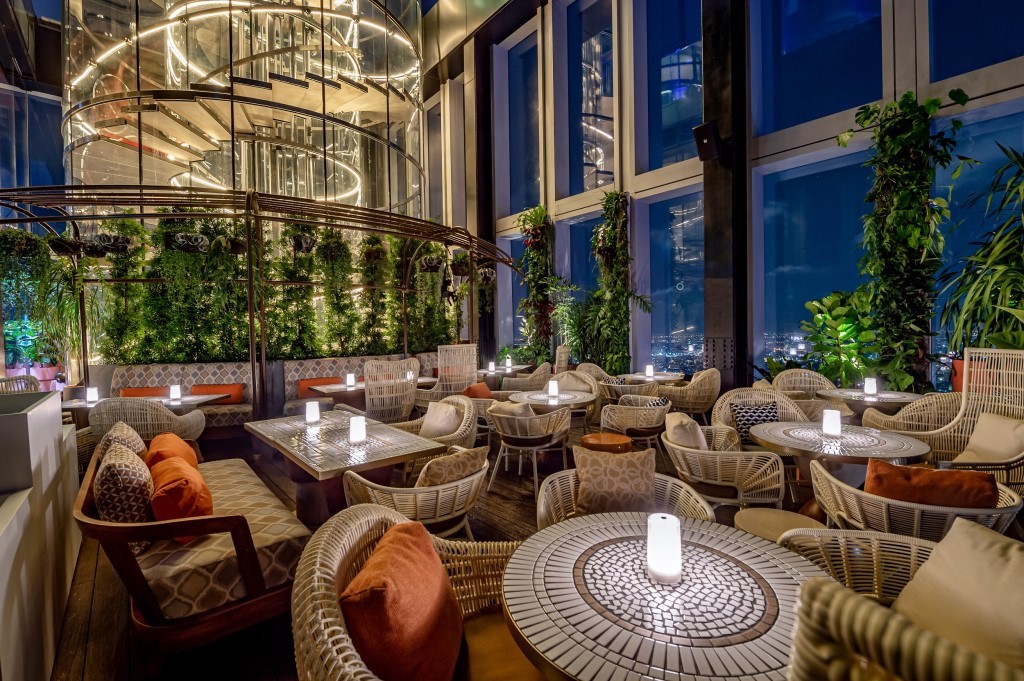 However, you might want to rethink visiting this spot if you have a fear of heights because your knees might wobble as you step foot on its dizzying glass floor, situated on the edge of the building.

King Power Mahanakhon was completed in 2016, and is worth $1 billion. Unfortunately, the building only claimed the spot for the city’s tallest building up until 2018, after the Magnolias Waterfront Residences was completed.

Despite this, it remains as Bangkok’s finest architectural creations, with its pixel design that perfectly weaves through the glass and metal, making it look like a video game glitch.

The newly opened restaurant is under the leadership of American executive chef Joshua Cameron. Cameron was formerly based in Eleven Madison Park, which was voted Best Restaurant in the World. With over 20 years of experience under his belt, the service of the restaurant is expected to be nothing short of world-class. 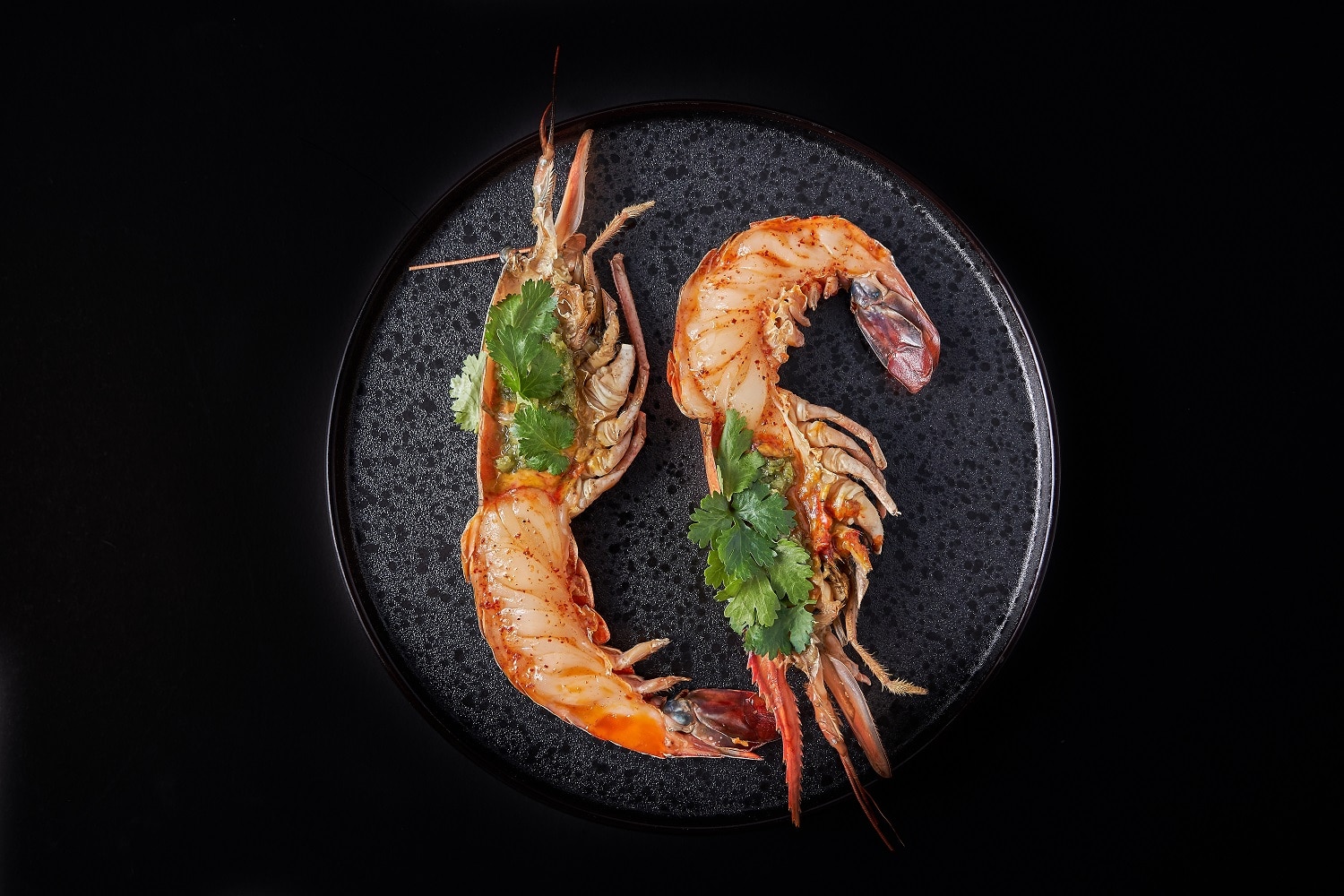 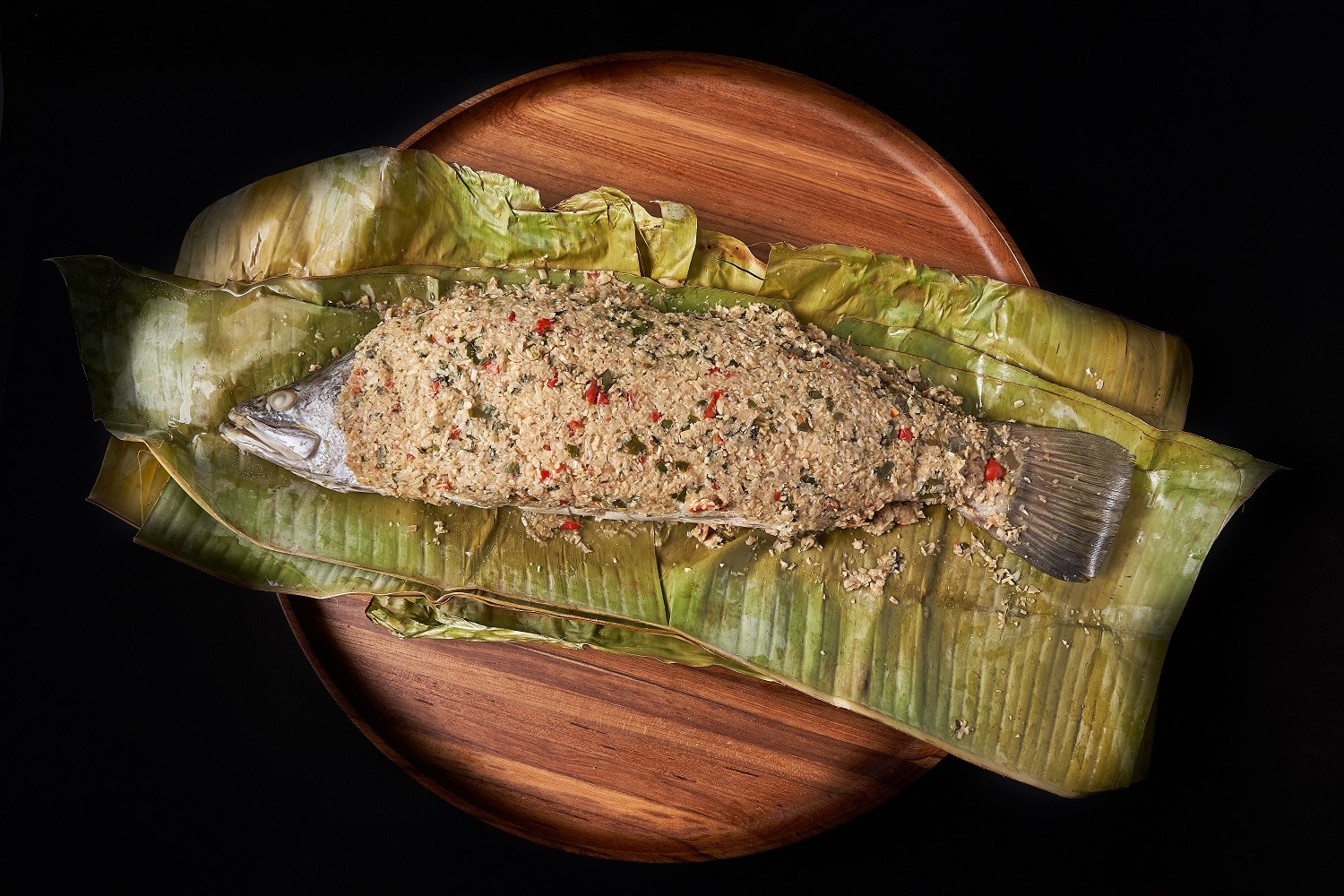 Did we mention the restaurant also boasts a selection of more than 100 classic cocktails, and over a hundred wines to be served from a gargantuan marble bar? Sleek and elegance at its finest.

After enjoying your food, you can take a look at the awe-inspiring view the restaurant offers thanks to the glass-encased open-air dining area.

The upscale restaurant was designed by Tristan Auer, who trained under the wing of Philippe Starck and Christian Liaigre. Known as one of the world’s premier designers, Auer founded his studio in 2002 and has been mostly working on boutique hotels, high-end residences, and bespoke furniture. 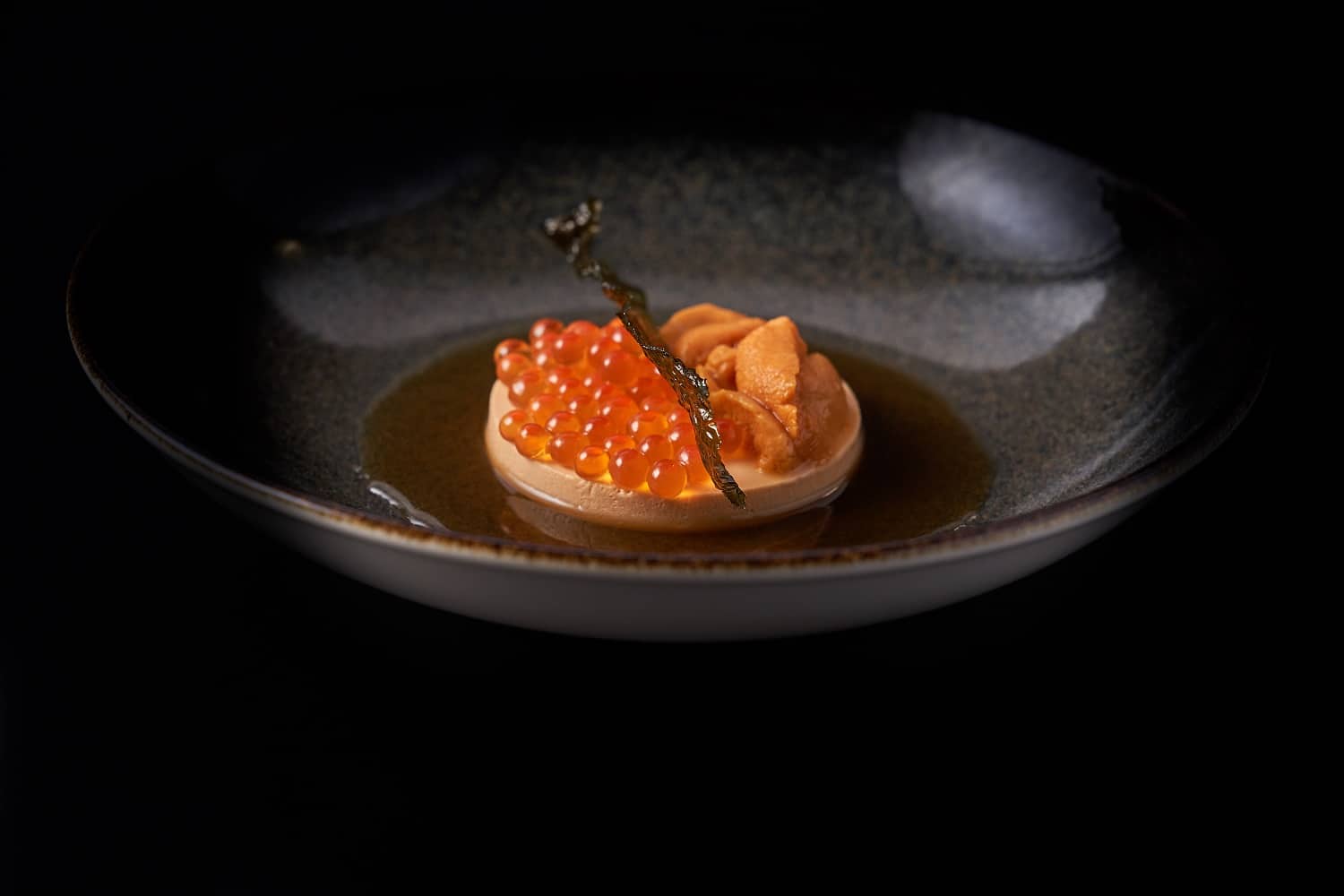 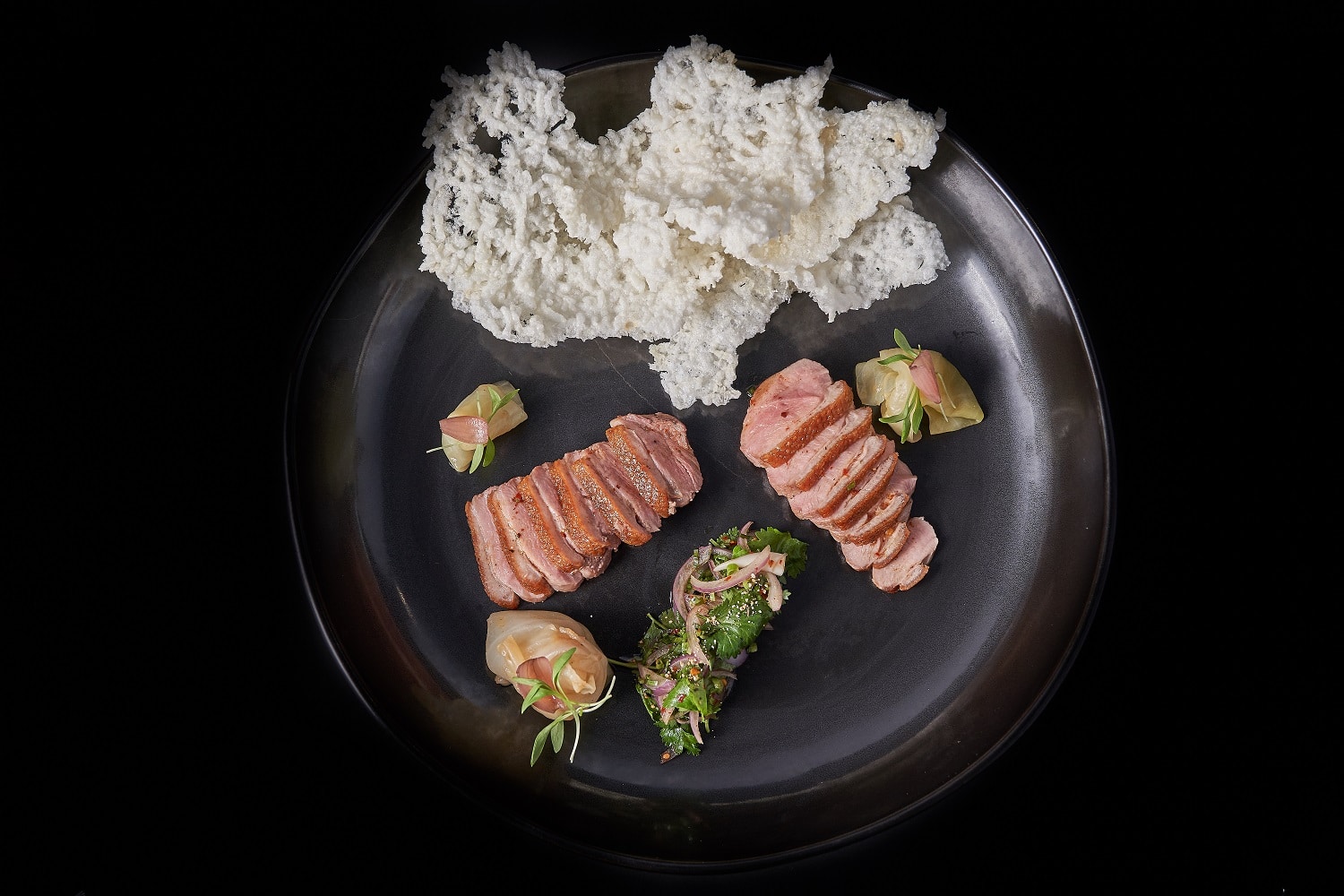 The restaurant boasts an elegant combination of Thai-inspired patterns and French atmosphere. Mahogany, together with gold, yellow, and brick-orange shades adorn the floor to ceiling windows. Truly, this isn’t just like any other restaurant. Its distinctive personality is also reflected in its design.

“The scheme for the outdoor terrace plays on the concept of an urban jungle, surrounding guests in abundant greenery to evoke the feeling of a forest in the sky,” as described in the design brief of Wilson Associates.

The sought-after designer envisioned the Mahanakhon Skybar to serve its customers with an unparalleled dining experience. With its one of a kind atmosphere and delectable food, you will definitely keep on coming back for more.

Don’t be intimidated by its sophisticated flair. It is undoubtedly the best place to go for a breezy escape from the city. The restaurant accepts customers from 5 pm to 1 am. Contact mahanakhonskybar@kingpower.com or visit https://www.mahanakhonbangkokskybar.com/reservation-details/ for reservations.