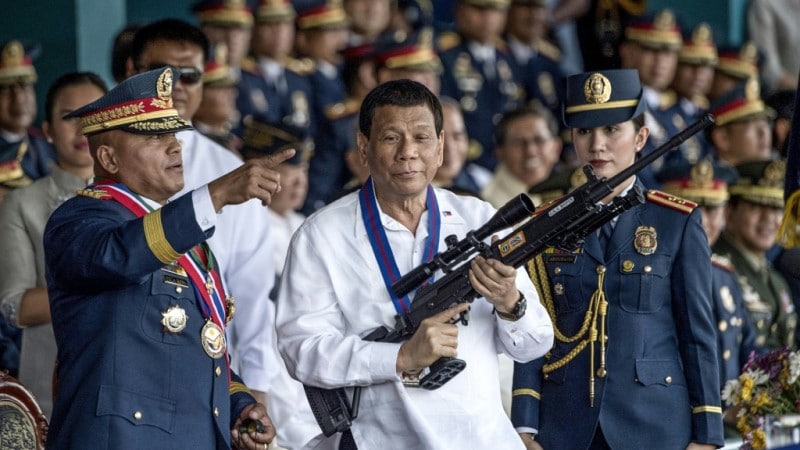 At least 122 children have been killed in the Philippines’ war on drugs — often deliberately, two non-governmental organizations said Monday, urging the UN to take action.

The NGOs fear that the true figure is way higher, they said in a report, as the United Nations Human Rights Council prepares to assess the situation in the Philippines.

President Rodrigo Duterte‘s hardline anti-drugs campaign has come under fire from rights activists who say police are encouraged to use lethal force on drug suspects and thousands have been killed since 2016.

Monday’s report, entitled “How Could They Do This To My Child?”, was jointly published by the World Organization Against Torture (OMCT) and the Children’s Legal Rights and Development Center (CLRDC, Philippines).

The report documents 122 killings of children, aged from one to 17 years old, between July 2016 and December 2019, throughout the country.

“The 122 is only the tip of the iceberg; there may be many more in the country,” OMCT secretary-general Gerald Staberock told reporters in a virtual briefing.

“Imagine if you would have seen these 122 cases on camera. Imagine the outcry.”

The human rights situation in the Philippines is due to be raised at the UN Human Rights Council in Geneva, which starts its 44th session on Tuesday.

The council asked Michelle Bachelet, the UN High Commissioner for Human Rights, to prepare a written report and present it at the session, followed by an “enhanced interactive dialogue” on its findings.

The report, published in early June, says the war on drugs has led to systematic and widespread killings in a context of near-impunity.

The Philippines is one of the 47 countries currently sitting on the council.

The NGOs’ report sets out recommendations for the council, including for the creation of an independent commission of inquiry into human rights violations in the Philippines, with a special focus on children.

Their report identified four recurring sets of circumstances in which children were killed.

They were direct targets, sometimes as witnesses of other killings; proxies when the real targets could not be found; killed due to mistaken identity, or killed by stray bullets in police operations.

The report highlighted six cases, including that of a seven-year-old boy it said was killed because he had witnessed an adult being murdered by local authorities.

It said the youngest victim was 20 months old.

Seven children had been killed between January and March this year, it found.

The war on drugs has also resulted in a sharp increase in arrests and detentions of children, the report said.

The report said it is estimated that there may have been up to 27,000 extrajudicial killings in Duterte’s anti-drugs campaign.

Staberock accused the international community of largely turning a blind eye to human rights abuses in the Philippines.

He also said that impunity had fueled a climate of fear where victims were unwilling to come forward.