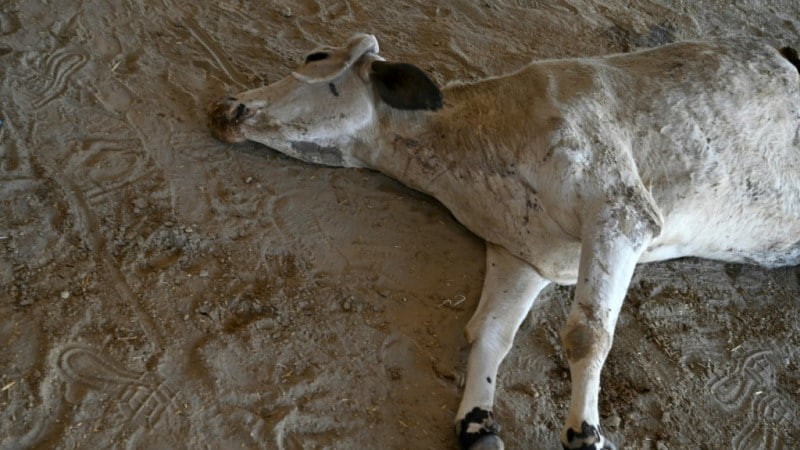 Indian vets extracted 71kg of waste from a cow’s stomach in Haryana state, but were ultimately unable to save the animal

Indian vets have extracted 71 kilograms (156.5 pounds) of plastic, nails and other garbage from a pregnant cow, but both the animal and her baby died.

The case has highlighted the country’s twin problems of pollution and stray cattle.

An estimated five million cows roam India’s cities, with many gorging on the vast amounts of plastic litter on the streets.

This cow was rescued after a road accident in late February by the People For Animals Trust Faridabad. 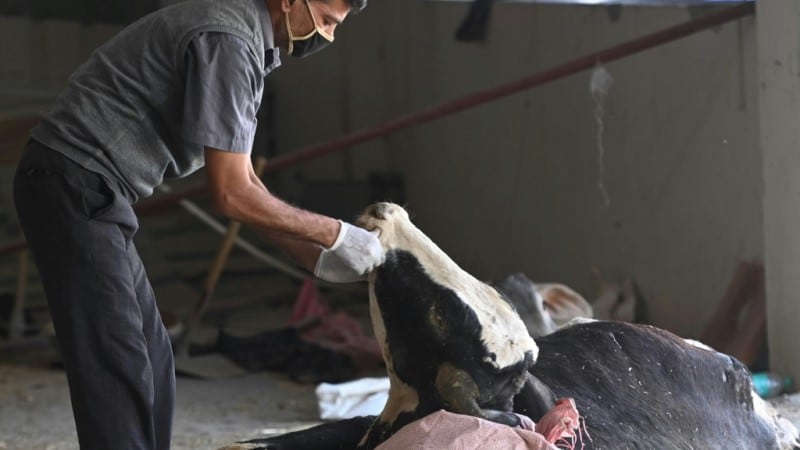 “Wherever there are cows on the streets, you can be sure they are full of plastic,” said a member of an Indian animal welfare group

A vet soon noticed the pregnant bovine was struggling.

In a four-hour operation on February 21, vets found nails, plastic, marbles and other garbage in its stomach, said trust president Ravi Dubay.

They also attempted a premature delivery.

“The baby did not have enough space to grow in her mother’s belly so she died,” Dubay told AFP.

“In my 13 years of experience, this is the most garbage we have taken from a cow… we had to use muscle power to get it all out,” Dubay said.

Previous surgeries done by the organisation based in the northern Indian state of Haryana have found up to 50 kilograms of waste in cows’ stomachs.

“The cow is very sacred for us, but no-one cares for their life. In every corner in every city they eat the waste,” Dubay added.

Cows are revered in Hindu-majority India.

Attacks on individuals suspected of trading in cows have increased under Modi, according to rights groups.

Hindu vigilantes have assaulted and even killed people — mostly Muslims and lower-caste Hindus — for transporting beef, or being suspected of doing so.

As such, farmers have taken to abandoning rather than selling old or infirmed cows for slaughter. 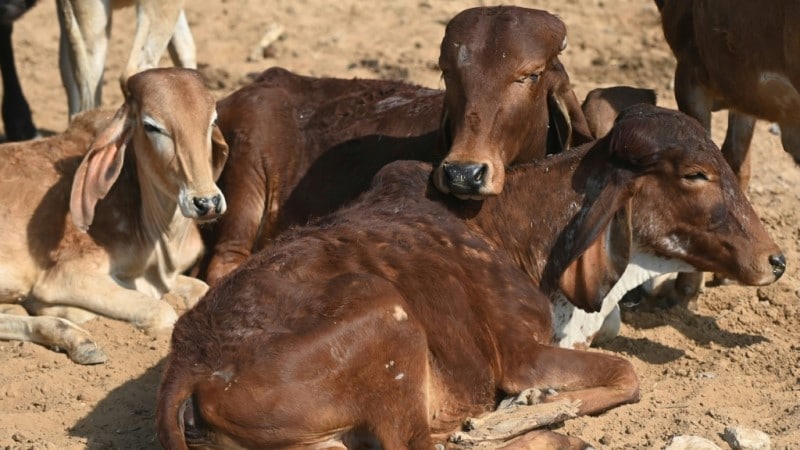 Cows are revered in India, but protectionist policies mean farmers are more likely to abandon sick or old cattle than slaughter them

Eating or slaughtering cows is banned in some states.

Romula D’Silva, vice-president of the Karuna Society for Animals & Nature in the southern state of Andhra Pradesh, said the problem of garbage-eating cows affects “every city in India, big or small”.

“Wherever there are cows on the streets, you can be sure they are full of plastic. My heart breaks for them as they can have very painful deaths,” she told AFP.

Around a decade ago, 35 cows suddenly came into Karuna Society’s care, according to D’Silva.

One unexpectedly died and a post-mortem examination revealed a mess of plastic and other garbage in its stomach. 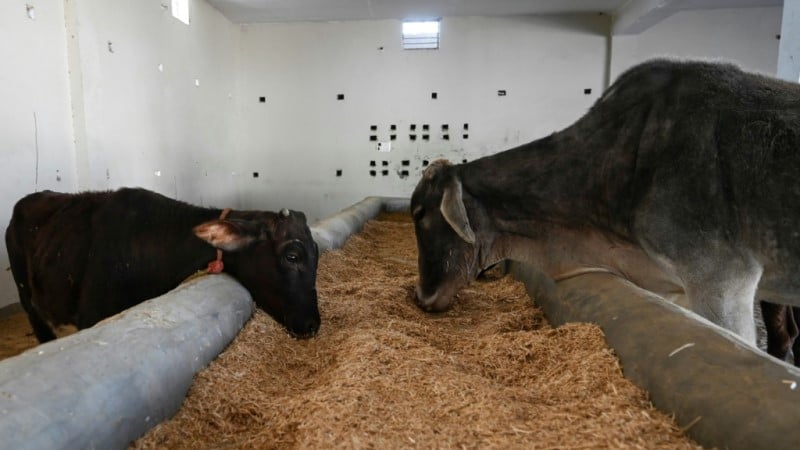 Further surgeries on the remaining animals found that all of them had plastic in their abdomens.

Karuna Society has performed rumenotomies on around 60 cows since then, she said.

There is no official, nationwide data on how many cows die every year from ingesting plastic.

But in 2017, a Times of India report cited veterinary officials and animal welfare groups estimating that around 1,000 cows die annually just in the northern city of Lucknow from eating plastic.

by Maude Brulard with Glenda Kwek
PHOTOS BY MONEY SHARMA/afp