212 Environmental Activists Murdered in 2019 According to NGOs 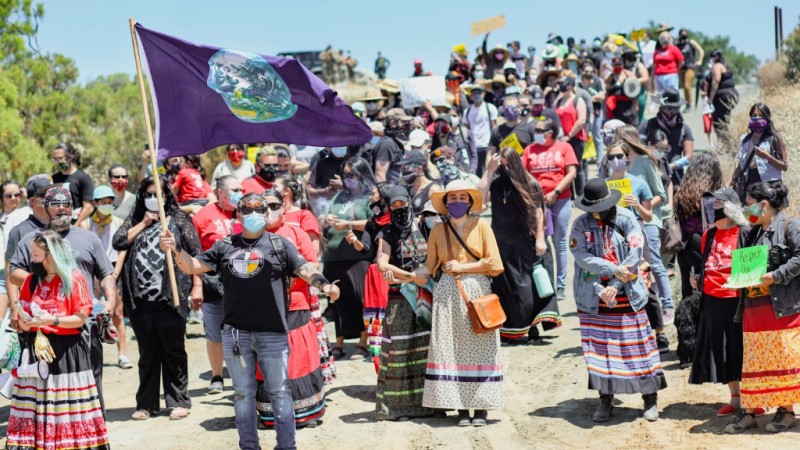 About 40 percent of victims were indigenous peoples, and over two-thirds died in Latin America, the report said

Colombia and the Philippines combined accounted for just over half of the confirmed deaths — 64 and 43, respectively — followed by Brazil, Mexico, Honduras and Guatemala.

The real number is likely higher due to unreported or misrepresented cases, especially in Africa, the NGO said in its annual review.

About 40 percent of victims were indigenous people, and over two-thirds died in Latin America. One in ten were women.

For decades, native communities in the forests of Central and South America, Asia and Africa have seen ancestral lands degraded and destroyed, sometimes with the blessing of corrupt local or national governments.

Of the 141 murders last year that could be linked a specific economic sectors, more than a third involved campaigners protesting mining operations, some legal most not.

Thirty-four killings related to agribusiness were overwhelmingly in Asia, especially the Philippines.

Two Indonesian activists were stabbed to death in October near a palm oil plantation in northern Sumatra.

In the Philippines, police and counter-insurgency operations led to the massacre of 14 sugar plantation farmers on Negros island in March, only months after nine others had been killed in similar circumstances.

“Agribusiness and oil, gas and mining have consistently been the biggest drivers of attacks against land and environmental defenders,” said Global Witness campaigner Rachel Cox.

“They are also the industries pushing us further into runaway climate change through deforestation and increased carbon emissions.”

Burning forests not only robs the planet of greenhouse gas absorbing vegetation, it also releases stored CO2 into the atmosphere.

Logging operations were directly linked to 24 deaths, with another 14 related to illegal crop substitution, 11 to land reform, and six to water management or dam construction.

In the Philippines, a Manobo tribal chieftain was killed during a military bombardment while protesting rogue mining operations near Kitaotao, in northern Mindanao.

“The Philippines’ remaining virgin forests — like those protected by the Manobo — are being felled for mineral extraction and profit,” the report noted.

“This is ‘business as usual’ for President Rodrigo Duterte and his government who are forging ahead with policies that prioritize fossil fuels and have passed draconian laws that can be used to silence those trying to stand in their way.”

The number of killings in Colombia more than doubled last year, while in Honduras they rose from four to 14.

The tropics and developing countries are not the only hotspots for violent attacks against those protecting natural resources.

In Romania, an EU member state, a forest ranger working in one of Europe’s largest primeval forests was shot dead for trying to protect trees against organized criminal gangs harvesting them for profit.

A month earlier, one of her colleagues was murdered with an axe to the back of the head.

“At a time when we most need people to protect the planet against destructive, carbon-intensive industries, we are seeing the highest number of killings of land and environmental defenders” since Global Witness started tracking the issue in 2012, the report concluded.

Outright murders occur against a generalized backdrop of intimidation and harassment.

“Sexual violence is used as a tactic to silence women defenders, much of it underreported.”

“In many countries, peoples’ rights to their land and natural resources are either unprotected, undocumented or not recognized,” Global Witness said.