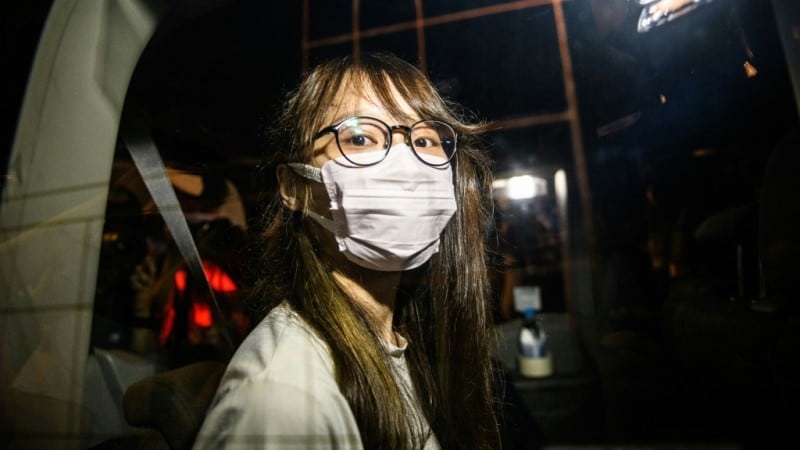 Arrested for alleged national security crimes, Agnes Chow hails from a generation of Hong Kong democracy activists who cut their teeth in politics as teenagers and are now being steadily silenced by China.

The media cameras flashed incessantly as the 23-year-old was led handcuffed from her apartment on Monday evening by police officers with Hong Kong’s new national security unit.

She is one of the first opposition politicians to be arrested under Beijing’s new security law — on a charge of “colluding with foreign forces” — and could face up to life in jail if convicted.

Late Tuesday, she was released on bail. 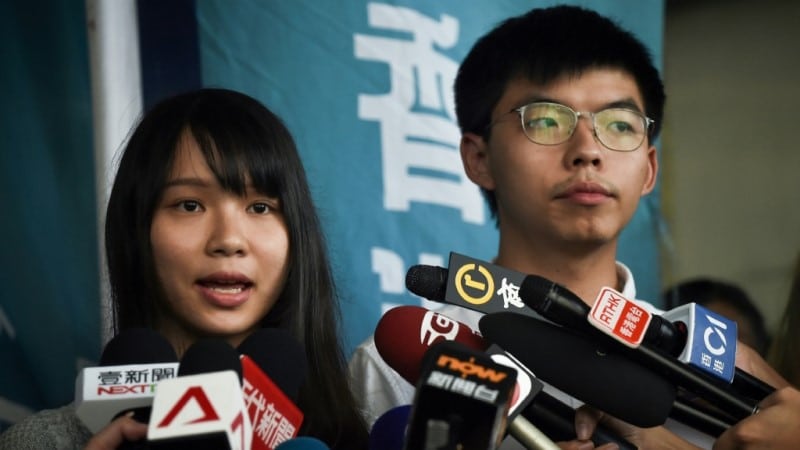 “I urge the authorities to stop this kind of ridiculous political prosecution,” she told reporters.

For Chow, her arrest was the latest in a long line of confrontations with China’s authoritarian leaders and their Hong Kong proxies.

She has described growing up in an apolitical Catholic household.

But at the age of 15, she joined a youth-led movement protesting against plans to implement “moral and national education” in public schools.

Students feared the plan would herald the kind of heavily censored education used on China’s mainland.

They staged huge sit-ins and the plan was eventually shelved in a rare example of protest forcing a Hong Kong government climbdown.

It was during those protests she met fellow teen activist Joshua Wong.

Two years later, Wong, Chow and other students were key figures in the “Umbrella Movement” — 79 days of sit-ins and protests sparked by Beijing’s refusal to make good on its promise to one day grant Hong Kongers universal suffrage.

The protests were peaceful, but not successful.

Yet, a whole new generation of opposition politicians was forged in the fires of that movement.

They would go on to become a major thorn in the side of Beijing as it tried to tighten its grip on the semi-autonomous financial hub, which was increasingly chafing under Chinese Communist Party rule.

Unlike earlier Hong Kong pro-democracy parties — which hailed from the Tiananmen-era generation — the new ones were much more willing to confront Beijing and push for Hong Kongers to have a greater say in how their city is run.

The backlash was fast.

By 2018, Chow was one of the first Demosisto politicians barred from standing for local elections because the party advocated “self-determination”.

“The government is trying to get rid of all the political parties who are against them,” Chow told a crowd of protesters shortly after the decision.

“But even though we are under pressure and are suppressed, we still insist on human rights and freedoms.”

One of her most successful roles was bringing international attention to Hong Kong’s democracy movement.

The task was helped by her being fluent in English, Cantonese and Japanese, a language she taught herself by watching television and online shows.

She soon built a huge social media following in Japan in particular. Her Twitter account, which primarily publishes in Japanese, has 458,000 followers.

By Tuesday afternoon, #freeagnes was the top trending hashtag on Twitter in Hong Kong, mentioned in more than 185,000 tweets.

Chow’s verified Facebook page, which announced her arrest on Monday night, has 192,000 followers. 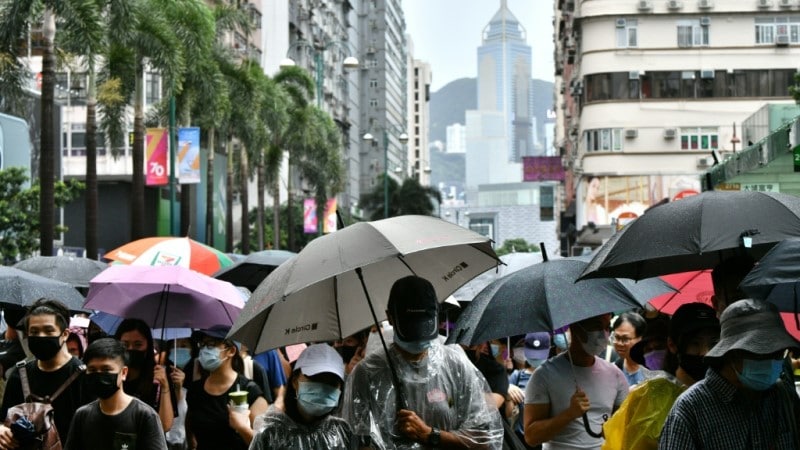 But lobbying is now deeply dangerous in Hong Kong.

“Colluding with foreign forces” is one of the four acts targeted by the vaguely worded security law, which was imposed on Hong Kong on 30 June, its contents kept secret until it was enacted.

Disqualification of opposition politicians like Chow has now become commonplace in Hong Kong.

Infractions cited by the government in the disqualifications included criticism of the new national security law and posting protest slogans on social media.

Demosisto figures knew they would become prime targets of the security law, and disbanded the party hours before its passage.

Both Chow and Wong have remained in Hong Kong despite the risk.

In cases unrelated to the national security law, the pair are also being prosecuted for taking part in last year’s huge pro-democracy protests.