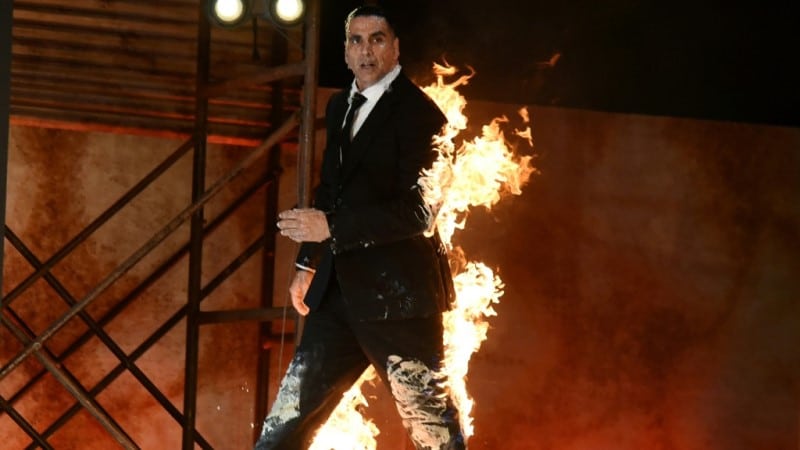 Amazon is diving into Bollywood with its first Hindi-language movie, starring India’s highest-paid actor, as it fights for viewers in the huge but crowded market.

Bollywood superstar Akshay Kumar will be the lead in the action-adventure flick “Ram Setu”, which will be released in cinemas before its streaming debut on Amazon Prime Video, the American tech giant said in a statement Wednesday.

Global streaming platforms, including Netflix, Amazon and Disney’s Hotstar, have expanded their presence in the country of 1.3 billion in recent years, including by commissioning local productions featuring Bollywood stars.

Streaming services have surged in popularity due to the coronavirus pandemic as locked-down, cinema-loving Indians turned to them for entertainment, with theatres shut for more than six months.

Amazon, which has already bet big on India with its core e-commerce business, recently ruffled feathers when it was forced to issue an apology for “Tandav”, a drama streamed on Prime.

Politicians from India’s ruling party called for the show to be banned for “deliberately mocking Hindu gods” and disrespecting religious sentiments.

Streaming TV services are not subject to the country’s notoriously fussy censor boards, which regularly cut scenes from movies shown in cinemas and on television.

But under contentious new guidelines announced last month, streaming platforms will soon be forced to withdraw content deemed objectionable 36 hours after a complaint.

The furore over “Tandav” and the new rules are already prompting production firms to tone down programmes they are making, or even drop them, according to media reports.

During his visit to India last year, Amazon founder Jeff Bezos told an audience of Bollywood filmmakers that while Prime Video was doing well in all geographies, “there’s nowhere it’s doing better than in India”.

Amazon has not announced a release date for “Ram Setu”, which refers to Adam’s Bridge, a chain of shoals off southeastern India that was built by an army of monkey warriors, according to Hindu mythology.

“I look forward to telling the story of a significant part of Indian heritage, especially for the youth,” said Kumar, the highest-paid Indian actor in the world according to Forbes’ 2020 rankings.

“I am happy that, with Amazon Prime Video, the story will cut across geographies and strike a chord with viewers across the world.”