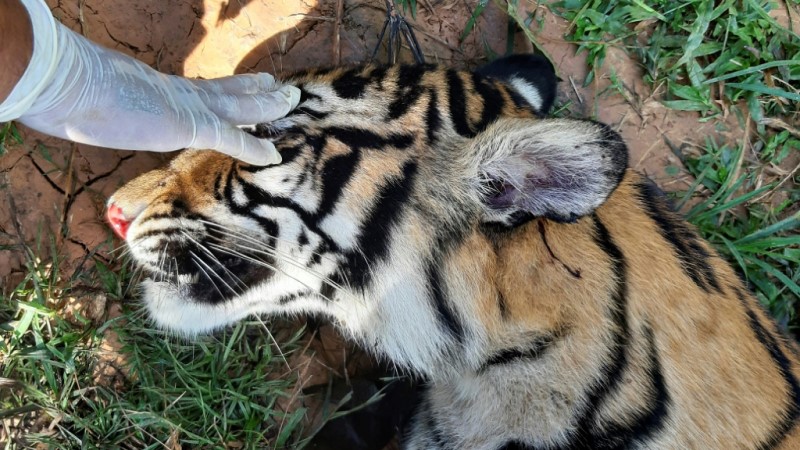 Another Sumatran tiger has been found dead in the second suspected poisoning of the critically endangered cats in less than a week, Indonesian conservation officials said Monday.

Authorities said in both cases locals likely targeted the tigers for attacking their livestock, underscoring the increasing human-animal conflict in the Southeast Asian archipelago.

On Monday, the conservation agency in South Aceh on Sumatra island said it found the carcass of a tigress near a farm.

“There weren’t any hunter traps or physical wounds and we suspect (it) was poisoned,” said agency chief Hadi Sofyan, adding that an autopsy was being conducted. 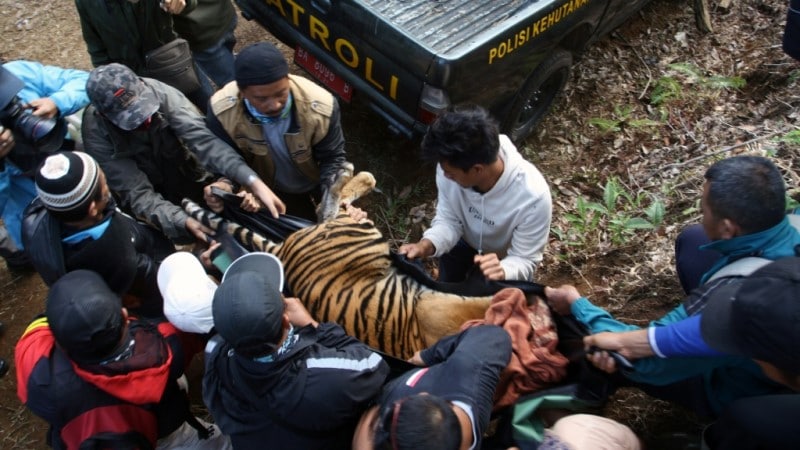 Last week the buried carcass of a male tiger was uncovered in North Sumatra’s Batang Gadis national park with poisoning also the suspected cause of death.

Locals, including a village head, said the killing was orchestrated by farmers who were angry the tiger had killed their livestock, a park spokesman said at the time.

Also Monday, a female tiger was relocated from a plantation in West Sumatra.

Conflicts between humans and animals in Indonesia often happen in areas where rainforests are being cleared to make way for palm oil plantations.

In the past year Sumatra has also seen a spate of fatal tiger attacks on humans.

Indonesia is battling rampant poaching which accounts for almost all Sumatran tiger deaths, according to TRAFFIC, a global wildlife trade monitoring network.

Sumatran tigers are considered critically endangered by the International Union for Conservation of Nature, with fewer than 400 believed to remain in the wild.

Tiger parts are widely used in traditional medicine — particularly in China — despite overwhelming scientific evidence they have no beneficial value.