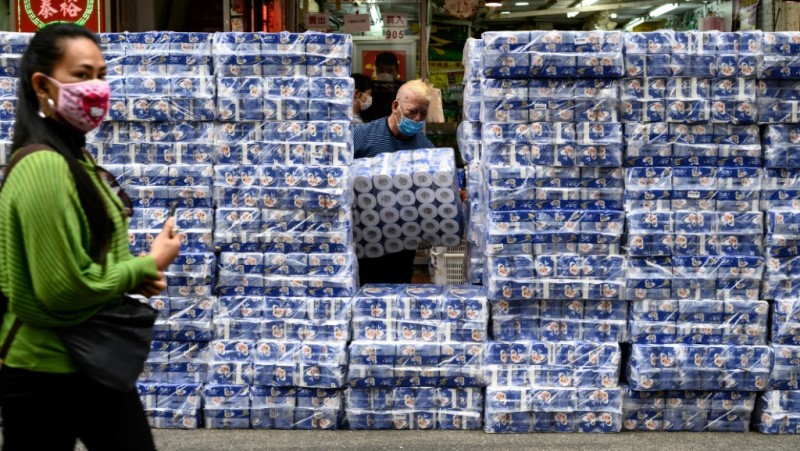 Knife-wielding men who stole hundreds of toilet rolls during panic-buying shortages in the early stages of the coronavirus pandemic in Hong Kong were jailed for more than three years on Thursday.

The three were each sentenced to 40 months in prison over the armed robbery in February last year in which some 600 toilet rolls were taken, Mingpao newspaper reported.

Panic-buying set in with supermarket shelves cleared of many household essentials as well as staple foods.

Supermarkets were unable to restock quickly enough, leading to sometimes lengthy queues across the city and packets of toilet rolls being snapped up within minutes of opening.

During the robbery, the three men admitted to using a knife to threaten a delivery driver outside a major supermarket chain in the working-class district of Mongkok.

Mingpao reported that the gang of three admitted to the robbery, apologized to the delivery driver and paid for the toilet rolls they made off with.

The paper quoted the trial judge as saying the crime was pre-meditated and deserved a custodial sentence.