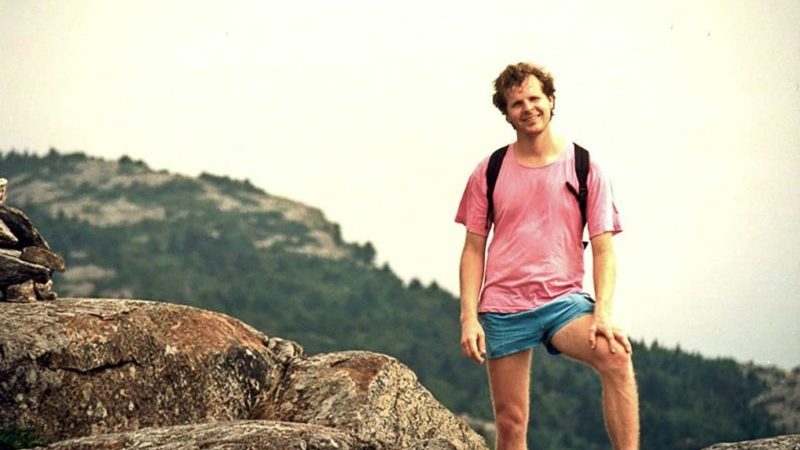 More than 30 years after the murder of Scott Johnson in a gay hate crime, police in Australia say they have arrested and charged a suspect

More than 30 years after American Scott Johnson was killed in a suspected gay hate crime in Australia, police said Tuesday they had arrested and charged a man with his murder.

Detectives arrested the 49-year-old in the leafy Sydney suburb of Lane Cove on Tuesday and laid murder charges the same day.

The suspect’s name was not released.

The breakthrough in the cold case came two months after the victim’s family doubled a police reward in the case to Aus$2 million (US$1.3 million).

The 27-year-old mathematician Johnson’s naked body was found at the base of a cliff in the Sydney suburb of Manly in December 1988, and police at the time ruled his death a suicide.

But a coroner found in 2017 that it was likely Johnson had been killed in a hate crime, suggesting he was either pushed over the cliff or fell while trying to escape unidentified assailants.

The inquest found that gangs roamed Sydney at the time searching for gay men to attack, and had been known to rob or assault men at the “gay beat” where Johnson’s folded clothing was discovered.

In 2018, police announced an Aus$1 million reward for information leading to an arrest in the case, which was doubled when Johnson’s brother, Steve, matched the amount in March.

Steve Johnson, who had long pushed police to investigate his brother’s death, said it was “remarkable” the alleged killer had been apprehended almost 32 years later.

“It’s emotional, I’m sure, for the gay community for whom Scott had come to symbolize the many dozens of other gay men who lost their lives in the 1980s and ’90s in a world full of anti-gay prejudice and hatred.”

In 2018, New South Wales police acknowledged that at least 27 murders between the 1970s and 2000 were homophobic hate crimes, admitting the force had played a part in marginalizing the LGBT community and enabling society’s “acceptance of shocking violence directed at gay men” during the period.

“It is clear and beyond question that levels of violence inflicted upon gay men in particular were elevated, extreme and often brutal,” police said at the time.

The suspect in Johnson’s murder is due to appear in a local Sydney court on Wednesday.