‘Baby Shark’ Becomes the Most Watched Video on YouTube 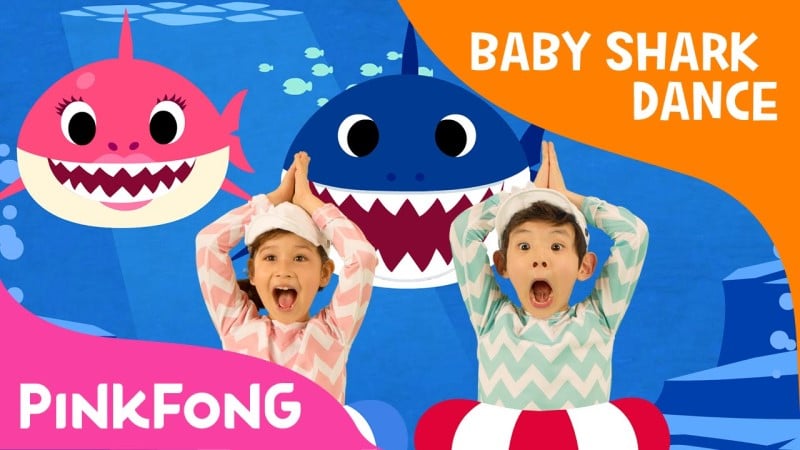 The bane of parents and teachers worldwide, the South Korea-produced song has gone from the realm of children’s YouTube to a global viral sensation, with a catchy and addictive melody buoyed by a hypnotically colorful video.

“Baby Shark Dance”, the English-language version of the song, clocked up over seven billion views on YouTube at around 0400 GMT on Monday, dethroning Luis Fonsi and Daddy Yankee’s “Despacito” as the most-watched video on the platform.

The ubiquitous children’s song and earworm, first uploaded to YouTube in June 2016, is a remix of an American campfire song by the Seoul-based production company Pinkfong.

Its YouTube success paved its route into the global music charts, reaching the number 32 spot on the Billboard Hot 100 in January 2019.

It has picked up plenty of adult fans along its way to global viral fame: the Washington Nationals baseball team took it up as an anthem and went on to win the World Series last year, prompting the White House to play the tune during the celebrations.

One US town played the song on a loop, while another, Florida’s West Palm Beach, used the melody to try to discourage homeless people from congregating in a public area.

It has also been pressed into anti-pandemic service, with a coronavirus-themed version, “Wash Your Hands”, teaching children the importance of personal hygiene.

Two of the last four tracks to hold the most-played record on YouTube are South Korean — rapper Psy’s megahit “Gangnam Style” held the title for more than three years until it was dethroned by Wiz Khalifa’s “See You Again”.