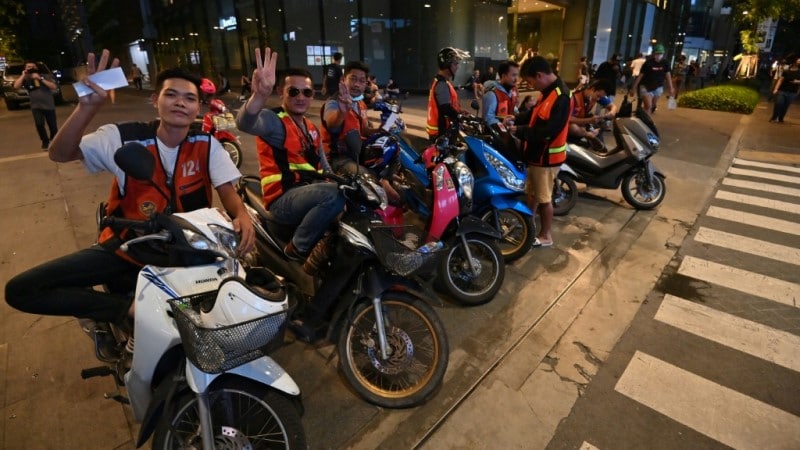 Bangkok motorcycle taxi riders have come to the aid of pro-democracy protesters, offering lifts and keeping an eye out for trouble

Orange-vested drivers of motorbike taxis have become allies to Thailand’s pro-democracy protesters gathering across traffic-snarled Bangkok, offering lifts and keeping an eye out for trouble.

When authorities shut down train lines this month in an effort to curb daily rallies, drivers of the capital’s motortaxis came to the rescue, ferrying stranded protesters to demonstration sites.

But they have long waited on the sidelines of the youth-led movement, cheering student leaders on as they demanded the resignation of Premier Prayut Chan-O-Cha and issued unprecedented calls for reform to the kingdom’s monarchy.

“I root for these kids,” said driver Supatr Manapornsiri, 41, adding that he keeps his prices low because he supports their goals. 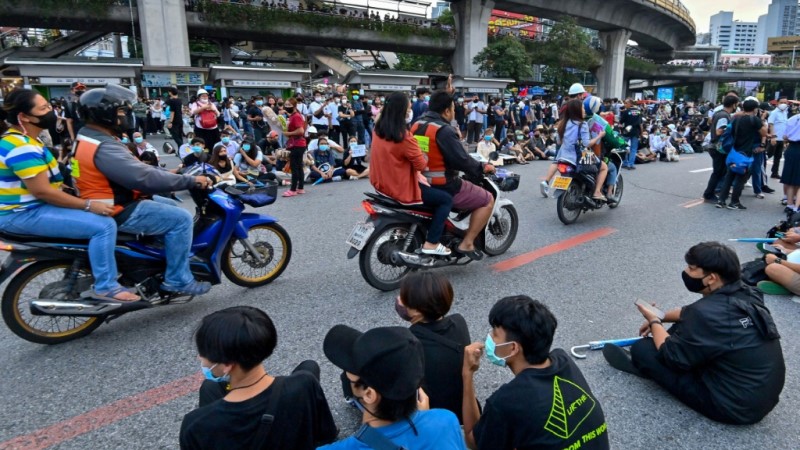 “If they happen to have no money then that’s fine,” he said.

Motortaxis may appear a haphazard transport option for Bangkok’s traffic-clogged roads, but there is order in the chaos, with passengers lining up on specific street corners to wait for drivers.

Congregating around demonstrations in their signature orange vests, the drivers are also helpful aslook-outs.

In October, when authorities deployed water cannon for the first time since protests kicked off in July, it was the drivers who rushed to provide early warnings and later blockaded some roads so activists could safely escape riot police.

Supatr said he worries for the mostly young protesters, who have rallied peacefully for their goals.

“They’re well-disciplined. They don’t go off to do stupid things,” he said.

“I want every single one of them to be safe.”

First on the Scene

Thailand has a history of street politics turning violent, with massive demonstrations in the past prompting tough crackdowns from authorities.

While today’s growing movement is fronted by university students, the drivers — who often hail from rural northeastern provinces and Bangkok’s slums — have gamely jumped on. 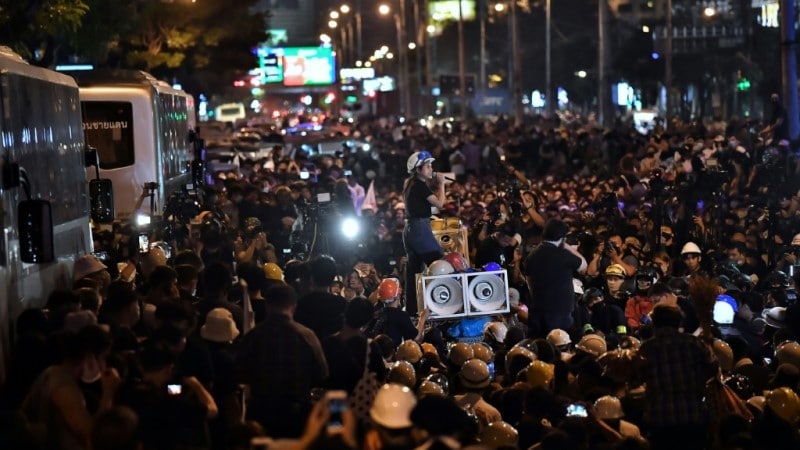 Massive pro-democracy rallies have rocked the Thai capital for months

Dubbed by some as the “Orange Shirts”, a play on Thailand’s color-coded political factions, motortaxi drivers are able to snake through tens of thousands of protesters, leaning on their intimate knowledge of the capital’s backstreets.

“If there are protesters who faint, we’re usually the first to help them out,” driver Yom, 49, who declined to give his full name, told AFP.

Happy to support a movement seeking to oust Prayut, he said the former military chief has done little to boost Thailand’s ailing economy since the 2014 coup that brought him to power.

“He doesn’t know how to manage a single thing,” Yom said.

“The country keeps edging closer to a cliff. I think it’s time to replace him with someone new.”