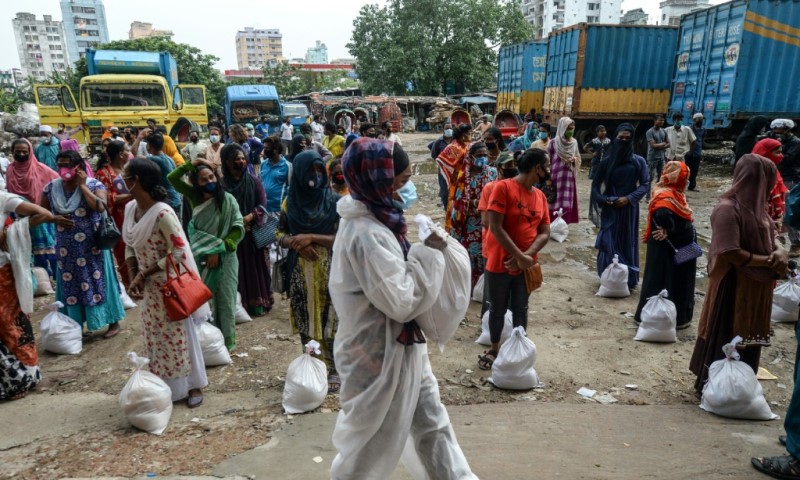 Companies that hire transgender people will be given tax breaks, Bangladesh announced Thursday, the latest in a series of measures to boost support for the minority group in the conservative Muslim-majority nation.

Bangladesh is home to an estimated 1.5 million transgender people, who face rampant discrimination and violence and are often forced to live by begging, the sex trade or crime.

Bullying and abuse have prompted many to flee their homes for communes, making it harder for them to secure jobs.

“I propose to enact special tax incentives with a view to providing employment and ensuring a rise in living standards and social and economic integration of the members of the third gender,” finance minister A.H.M. Mustafa Kamal announced in the annual national budget.

He said firms would be given a five percent tax cut, or be reimbursed with 75 percent of the salaries of transgender people, if they hire 100 workers or 10 percent of their workforce from the community.

The minimum tax threshold for transgender people was also increased.

“But we don’t want it to be political propaganda.”

“We are massively hit by the coronavirus crisis. We should be given tax breaks and interest-free loans,” Banik said.

“It is going to prompt a lot of business groups to employ Hijra (transgender) people. It will keep Hijras off the streets,” Mostafizur Rahman told AFP.

The LGBTQ community faces widespread discrimination in Bangladesh, with a colonial-era law still in place that punishes gay sex with prison, though enforcement is rare.

Prime Minister Sheikh Hasina’s government has since 2013 allowed transgender people to be identified as a separate gender, and in 2018 they were allowed to register to vote as a third gender.