Before and After: Visitors Vanish from Asia’s Most Visited Sites 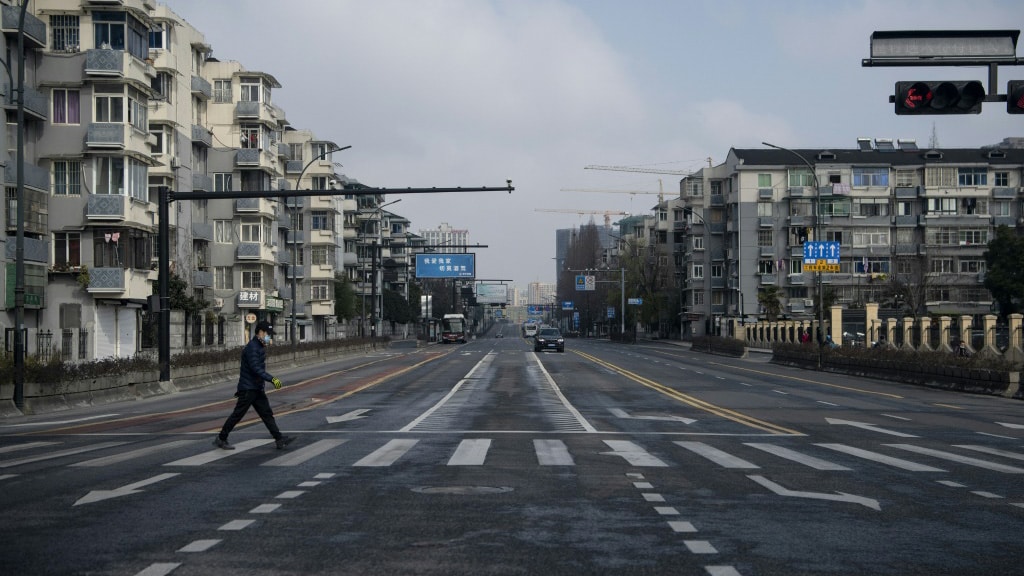 As dawn breaks the unmistakable tapered towers of Angkor Wat emerge from the gloom – but for once there are no tourists jostling on its steps to capture Cambodia’s most famous sunrise.

The usual crowds have evaporated from Sensoji temple in Tokyo to Shanghai’s Bund; abandoning the viewpoint at The Peak in Hong Kong and alleviating the pedestrian crush along Sydney Harbour.

Many of the now vanished visitors are from China – a country whose travelers have completely reshaped the tourist economies of Asia over the last few years, yet where only around 10 percent of the population hold passports. 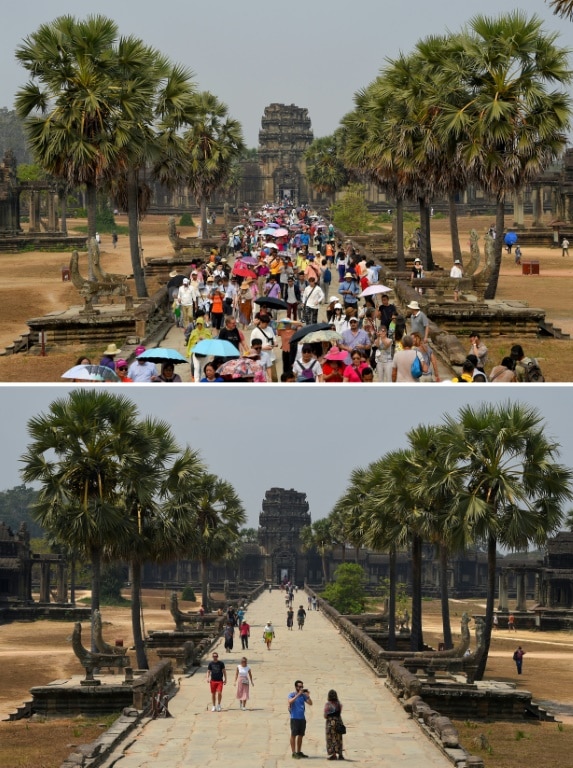 At the Angkor Wat complex, a 12th century marvel of Khmer architecture whose unique crenelations and reliefs lure millions each year, high season has brought the lowest number of tourists on record.

Chinese-speaking Cambodian guide Hor Sophea has not taken any tours since late January. Several weeks on, money is getting tight.

“I’ve never seen so few tourists,” said the 36-year, gesturing at the large moat inside the Angkor Wat complex, whose gangways normally bustle with selfie-taking hordes but are now empty.

“I am very worried… I don’t know how much longer we can carry on like this.”

The Angkor complex in Siem Reap province attracts the bulk of the kingdom’s foreign tourists — which hit a record 6.6 million in 2019, nearly half of whom were from China.

But the outbreak of the coronavirus has withered Chinese tourist arrivals by 90 percent.

Prime Minister Hun Sen has announced tax breaks for hotels and guesthouses in Siem Reap for four months to offset the losses. 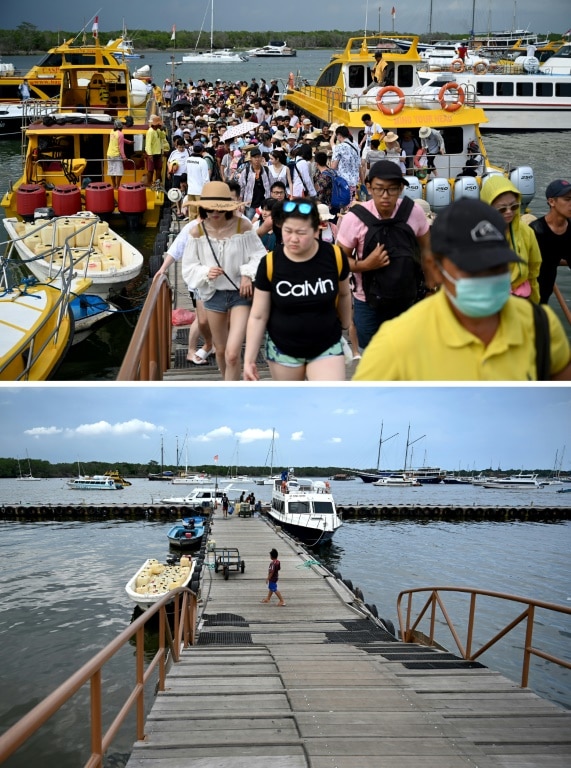 In Bali, piers once bristling with arrivals from China are now decorated with moored boats as coronavirus fears shrink tourist numbers

But the discovery on Saturday of the first Cambodian with the infection – in Siem Reap – is likely to cement the stay-at-home mentality among many travelers.

The economic impact is also cascading across Asia.

In Bali, piers once bristling with arrivals from China are now decorated with moored boats, while in Tokyo the slump in mainland visitors – as well as South Koreans – is hammering restaurants in tourist areas.

At the Tsukiji fish market some restaurants say their take is nearly 70 percent down.

“People stopped coming from China during the Lunar New Year… the streets and shops around here are near-empty,” Hiroshi Oya, 61, a cook at a Japanese seafood restaurant told AFP. 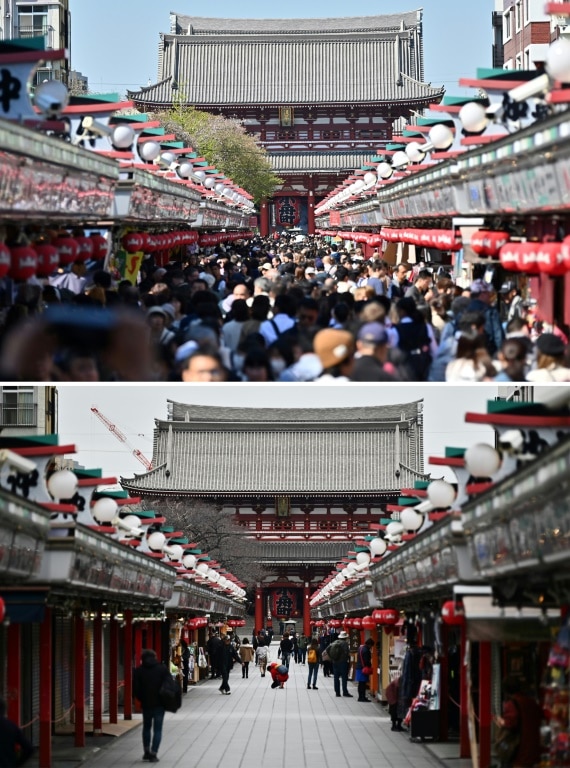 “Then South Koreans stopped coming too. The tuna shop next to us decided to close temporarily to avoid running costs,” he added.

But for those who are inured to the panic gripping the globe and choose to navigate travel restrictions and the morass of quarantine, a rare privilege of empty sites is their reward.

At the Angkor complex, even Ta Prohm — the ‘Tomb Raider Temple’ famed for its embrace by giant tree roots and a Hollywood film franchise — has only a smattering of visitors each day.

“But the economy is going to be really affected by that… so I feel sorry for the local people.”