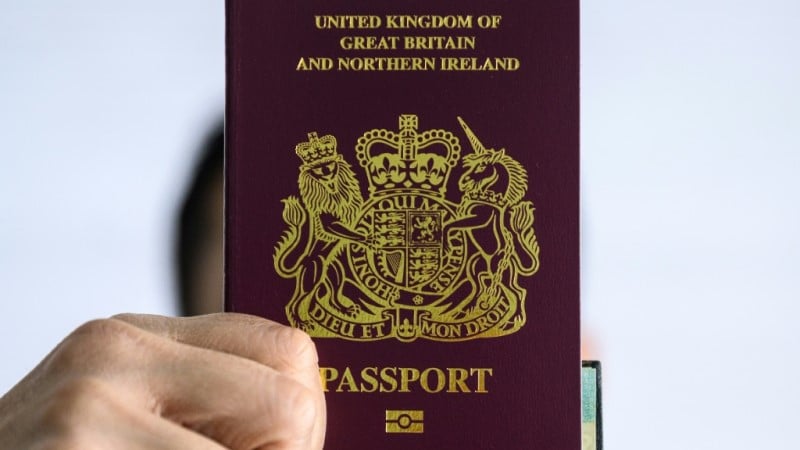 A BN(O) passport is available to a huge number of people — about 70 percent of Hong Kong’s 7.5 million population

Anyone with a British National (Overseas) passport and their dependents can now apply online for a visa allowing them to live and work in the United Kingdom. After five years, they can apply for citizenship.

The immigration scheme is a response to Beijing’s decision last year to impose a sweeping national security law on Hong Kong to snuff out the huge and often violent democracy protests.

Britain has accused China of tearing up its promise ahead of Hong Kong’s 1997 handover that the financial hub would maintain key liberties and autonomy for 50 years, and has argued it has a moral duty to protect its former subjects. 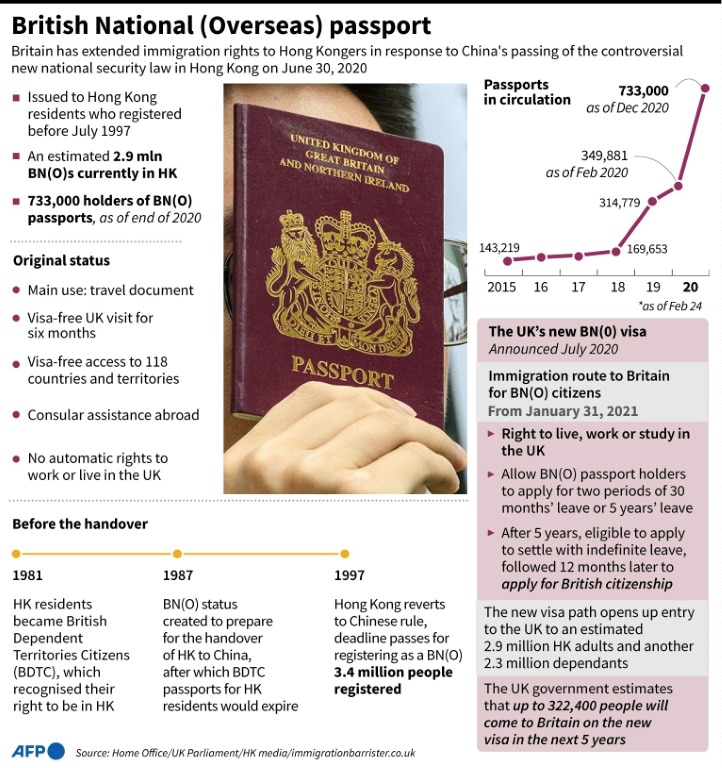 Graphic on the British National (Overseas), or BN(O), passport

“We have honored our profound ties of history and friendship with the people of Hong Kong, and we have stood up for freedom and autonomy,” Prime Minister Boris Johnson said of the scheme this week.

The website for visa applications went online at 5pm in Hong Kong (0900 GMT).

China has reacted with fury to the visa offer, announcing that it would no longer recognize the passports as a legitimate travel or ID document.

The move was largely symbolic as Hong Kongers tend to use their own passports or ID cards to leave the city.

But Beijing said it was prepared to take “further measures”, raising fears authorities might try to stop Hong Kongers from leaving for Britain.

On Sunday, the Hong Kong and Macao Affairs Office of China’s State Council said it strongly condemned the British for violating its promise not to give BN(O) passport holders right of residence.

“This is a flagrant offense of China’s sovereignty, and we firmly oppose it,” it said.

The office claimed the UK was beautifying its colonial history and called this “a shameless logic of bandits’, seriously hurting the feelings of the Chinese”.

In a commentary on Sunday, China’s state-run Xinhua news agency accused Britain of having a “colonial mentality”. 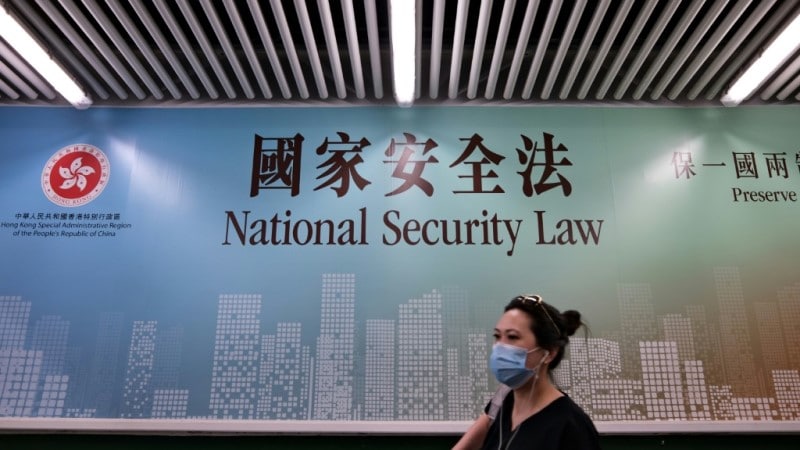 Applications for BN(O) passports have skyrocketed more than 300 percent since the national security law was imposed last July, with 733,000 registered holders as of mid- January

It is not clear how many Hong Kongers will take up the offer — especially as the coronavirus restricts international flights and mires much of the world, including Britain, in a painful economic malaise.

But the visa offer is available to a huge number of people — about 70 percent of Hong Kong’s 7.5 million population.

Applications for BN(O) passports have skyrocketed more than 300 percent since the national security law was imposed last July, with 733,000 registered holders as of mid-January.

The BN(O) passport is a legacy of Hong Kong’s return to authoritarian China.

Many Hong Kongers at the time wanted Britain to grant them full citizenship but China was opposed to the move.

The BN(O) was a compromise, allowing Hong Kongers born before 1997 the right to stay in Britain for six months at a time, but with no working or settling rights.

Now it has become one of the few ways out for Hong Kongers hoping to start a new life overseas as authorities conduct mass arrests of democracy supporters and move to purge the city of dissent.

Stella, a former marketing professional, plans to move to Britain imminently with her husband and three-year-old son.

“The national security law in 2020 gave us one last kick because the provisions are basically criminalizing free speech,” she told AFP, asking to use just her first name.

Under the visa scheme, those hoping to move must show they have the funds to sustain both themselves and their dependents for at least six months.

Hong Kongers already in Britain who are involved in helping others relocate say many of the early applicants tend to be educated middle-class people, often with young families, who have enough liquidity to finance their move.

“Most people we spoke with are families with primary school- or nursery-age kids,” Nic, an activist with a group called Lion Rock Hill UK, told AFP, asking for anonymity.

Some Hong Kongers began leaving the city even before the new scheme went live.

Earlier this week, Britain said around 7,000 people moved over the last six months under a separate Leave Outside the Rules (LOTR) system. They will also be able to apply for the pathway-to-citizenship visas.

“The BNO is definitely a lifeboat for Hong Kongers,” Mike, a medical scientist who recently relocated with his family to Manchester, told AFP.

He said many Hong Kongers feared China might stop residents leaving the territory.

“So it is better to leave as soon as possible,” he added.