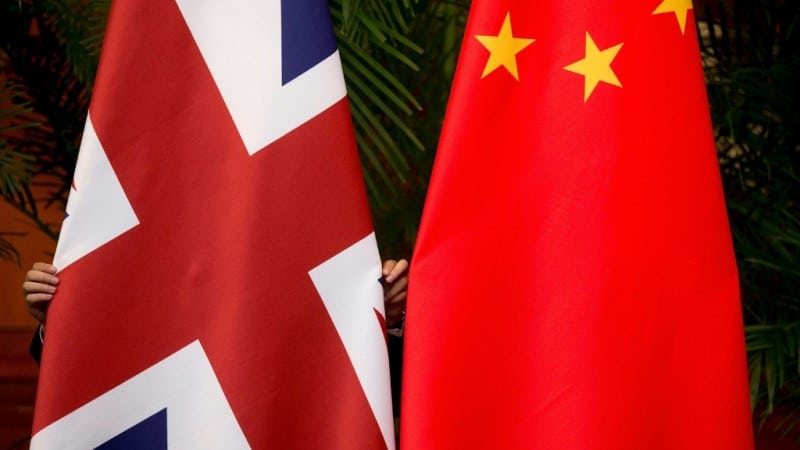 A top British diplomat has become a hero in China after video of him rescuing a student from a swollen river racked up tens of millions of views on social media.

Britain’s mission in Chongqing said Monday that Consul General Stephen Ellison leapt into action in nearby Zhongshan at the weekend to save a woman who had fallen into a river coursing through the tourist town.

“Due to the timely rescue, the woman quickly recovered her breathing and consciousness,” read the post on the consulate’s official Weibo page.

Ellison, 61, was visiting the town Saturday when he heard a cry from a crowd of people as the woman fell into the water.

Bystander video footage shared by the consulate and various Chinese media outlets show Ellison, 61, jump fully clothed into the river, where the unnamed woman was struggling to stay afloat.

Ellison — by several media accounts an accomplished triathlete — dragged her to a lifebuoy thrown from the riverbank before dragging the two of them to shore.

“We are all immensely proud of our Chongqing Consul General,” the UK diplomatic mission in China tweeted Monday.

The hashtag “British Consul-General in Chongqing saves female student who fell in the water” had gained almost 40 million acknowledgements on Weibo by Monday evening as news of Ellison’s bravery spread.

British diplomat Stephen Ellison jumps into a river to save drowning woman in China https://t.co/TlO6Qopoxg

“For a man of such advanced age to save another person from the water in such cold weather, regardless of his own safety, he is a hero and gentleman!” read one comment, liked nearly 2,000 times.

“Regardless of our differences… to act heroically is a virtue and should be praised,” wrote another.

Ellison took up his post in June after serving as a senior diplomat at the British Embassy in Beijing since 2014.

UK-China ties have been strained this year over the UK’s decision to ban Chinese telecoms giant Huawei from its 5G networks, as well as the UK’s frequent criticisms of China’s human rights record on issues including Hong Kong and Xinjiang.