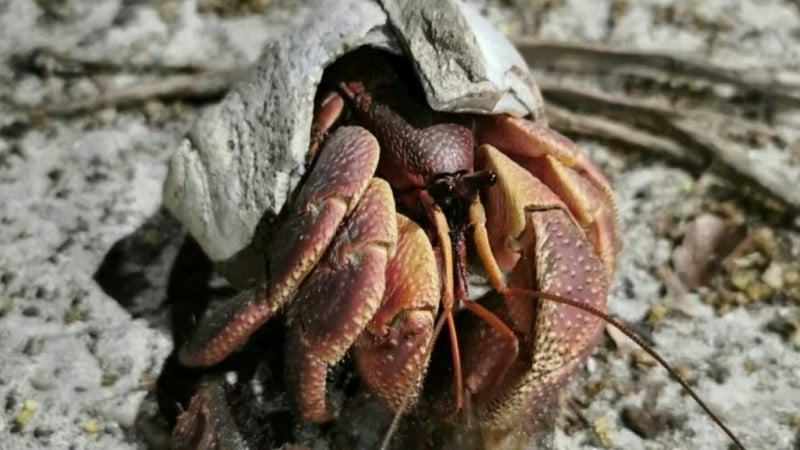 Hermit crab numbers in southern Thailand have boomed as foreign tourists have stayed away — so much so that the national park authority appealed on Friday for the public to donate extra shells for them to live in.

The population of the crustaceans — which protect themselves by wearing and living inside the discarded shells of other animals — has exploded on some islands in the Mu Koh Lanta National Park, and marine biologists believe the lack of tourists could be a factor.

The kingdom’s economy is highly dependent on foreign visitors but it is expecting a tiny fraction of the nearly 40 million international arrivals it recorded last year, after the pandemic brought global air travel to a near-standstill.

Some crabs, having outgrown their previous homes, have moved into pieces of rubbish such as cans, glass bottles or caps, and Veerasak said authorities had detected a shell shortage about a week ago.

The national park authority urged people to post or courier donations of cone-shaped shells to its office in Krabi province.

So far about 200 kilograms of shells have been pledged, and volunteers can help distribute the shells at a special Thai father’s day event on December 5.

Marine biologist Thamasak Yeemin from Ramkhamhaeng University agreed that the population boom could be linked to the tourism shutdown.

“If there’s a low number of tourists and fewer activities in the coastal areas that might be a possible factor explaining the high survival rates,” he told AFP, adding that weather, sea currents, plankton supply and predators were other influences.