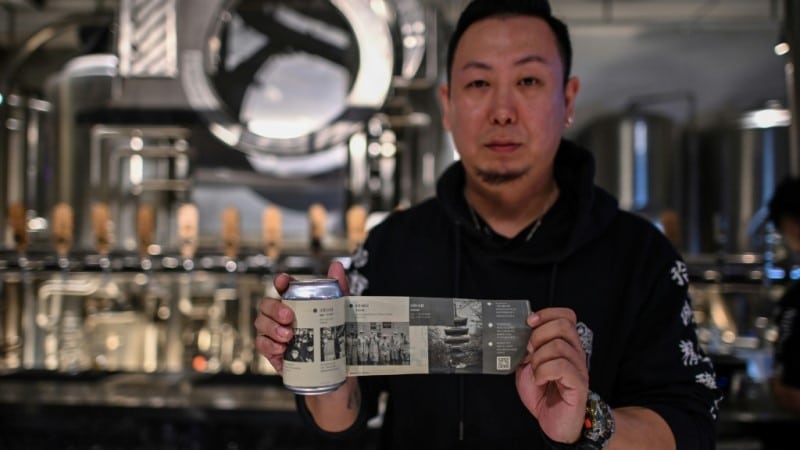 Wang is a leading figure in the burgeoning world of Chinese craft beer and the Wuhan native founded one of the country’s first specialized breweries, the No. 18 Brewery, in 2013.

But his business — which includes four bars and a brewery in Wuhan — nearly folded after the central city of 11 million people was forced into a particularly tough lockdown on January 23 that would drag on until early April.

Life is now getting back to normal in Wuhan, where the coronavirus was first detected about a year ago before becoming a pandemic, but about 4,000 people died there and the mental scars remain. 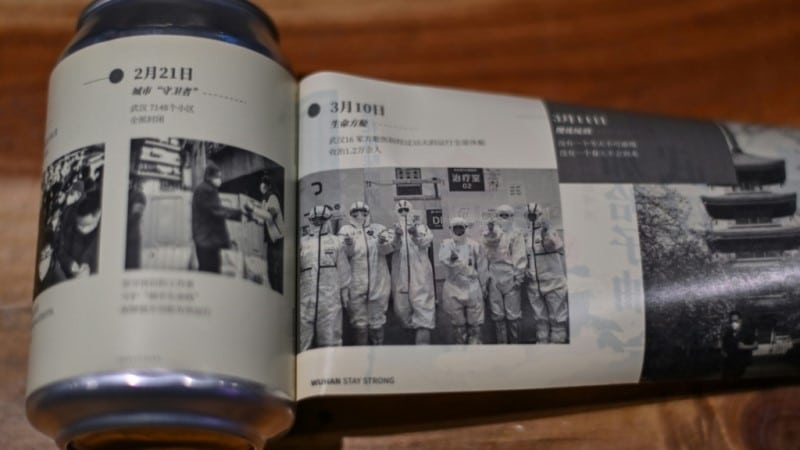 That traumatic period is recalled in a beer made by Wang and his team called “Wuhan Jia Ha Zi You”, or “Wuhan Stay Strong”.

Released in April, it was a way to “let people know our story” of what the city and its people endured, said the 36-year-old Wang.

The cans have a label that peels back to reveal a chronology of those long weeks with haunting black-and-white photographs.

Pictures include medical personnel in hazmat suits, masked community workers and a deserted bridge running over the Yangtze River.

There is also a poem inscribed on the wrap-around label by the popular novelist Wang Xiaobo.

“If I can shine, don’t be afraid of darkness; if I am so beautiful, then all fear can be dispelled,” it reads.

“Wuhan Stay Strong” is a sweet, seasonal “sakura beer” inspired by the cherry blossom that gives parts of Wuhan a pink hue in spring.

There are about 30 craft-beer bars in Wuhan and the scene is growing steadily, said brewer Wang.

His No. 18 Brewery is at the forefront locally and nationally, conjuring up beers that often incorporate features or ingredients that are particular to Wuhan and China.

They once made a “Breakfast Stout” that used black sesame seeds usually associated with a well-known noodle dish eaten for breakfast in the city. Another beer used Chinese tea, while another coconut. 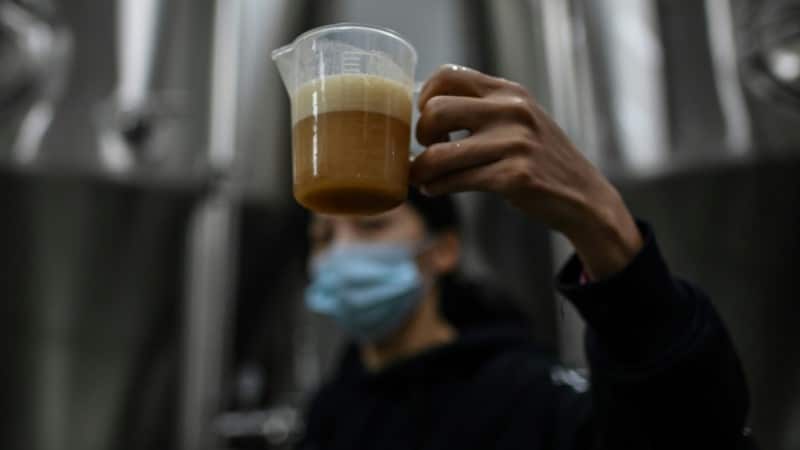 Wang Fan and his team made a beer called “Wuhan Stay Strong”, which commemorates the traumatic period of the coronavirus outbreak

“Nine-Head Phoenix”, an India pale ale (IPA), is named after a mythical creature once worshipped in what is now Hubei, the province that Wuhan sits in.

The No. 18 Brewery sells its beer, which has won an array of awards, not only in mainland China but also in Taiwan and Macau.

But like many companies in Wuhan and beyond, the business has been hit hard by the pandemic. 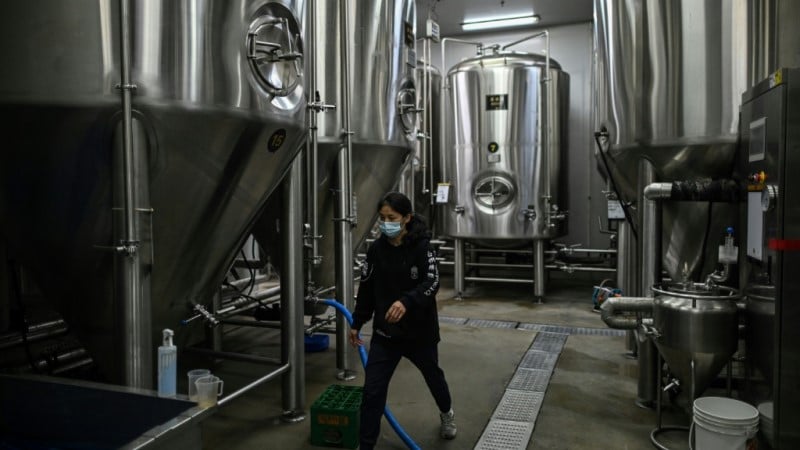 Wuhan native Wang Fan founded one of China’s first specialized breweries, the No. 18 Brewery, in 2013

“It was devastating. We nearly collapsed. All of our bars were closed for more than three months,” Wang said.

Life resumed only very slowly when the lockdown was lifted, but the summer months brought a welcome boom as the people of Wuhan let their hair down.

“It sold out the minute we released it because everyone wants to support Wuhan in some way,” said Wang.