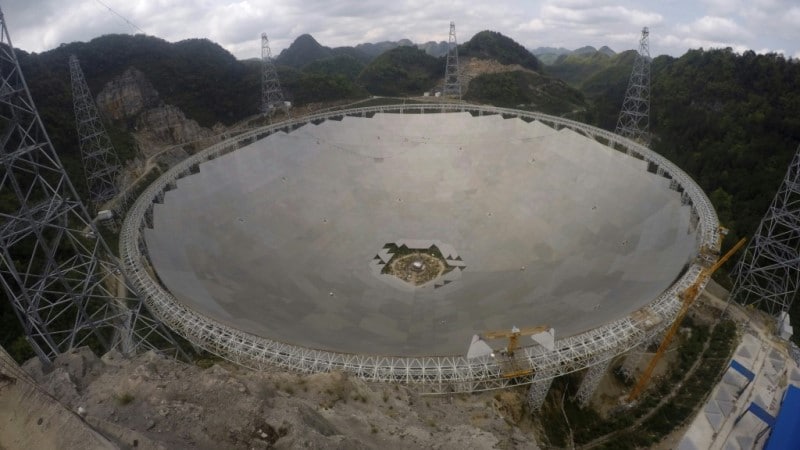 Nestled among the mountains in southwest China, the world’s largest radio telescope signals Beijing’s ambitions as a global center for scientific research.

The Five-hundred-meter Aperture Spherical Telescope (FAST) — the only significant instrument of its kind after the collapse of another telescope in Puerto Rico this month — is about to open its doors for foreign astronomers to use, hoping to attract the world’s top scientific talent.

The world’s second-largest radio telescope, at the Arecibo Observatory in Puerto Rico, was destroyed when its suspended 900-tonne receiver platform came loose and plunged 140 meters (450 feet) onto the radio dish below.

Wang Qiming, chief inspector of FAST’s operations and development centre, told AFP during a rare visit by the foreign press last week that he had visited Arecibo. 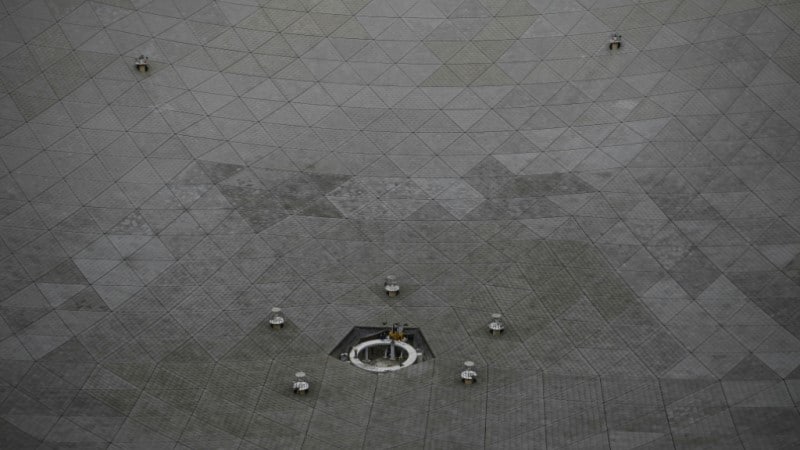 “We drew a lot of inspiration from its structure, which we gradually improved to build our telescope.”

The Chinese installation in Pingtang, Guizhou province, is up to three times more sensitive than the US-owned one, and is surrounded by a five-kilometer (three-mile) “radio silence” zone where mobile phones and computers are not allowed.

Work on the FAST began in 2011 and it started full operations in January this year, working mainly to capture the radio signals emitted by celestial bodies, in particular pulsars — rapidly rotating dead stars.

The 500-metre giant satellite dish is easily the world’s largest — covering the area of 30 football pitches — and cost 1.1 billion yuan ($175 million) to build, as well as displacing thousands of villagers to make room for it.

China has been rapidly boosting its scientific credentials to become less reliant on foreign technology.

The world’s most populous country has so far only won one scientific Nobel Prize — awarded in 2015 to chemist Tu Youyou.

But in the past two decades, China has built the largest high-speed train network in the world, finalised its Beidou geolocation system — a competitor of the American GPS — and is now in the process of bringing lunar samples back to Earth.

China is pouring billions into its military-run space program and has published a plan to become by 2035 a world leader in artificial intelligence, space, clean energy and robotics.

The data being collected by FAST should allow for a better understanding of the origins of the universe — and aid in the search for alien life. 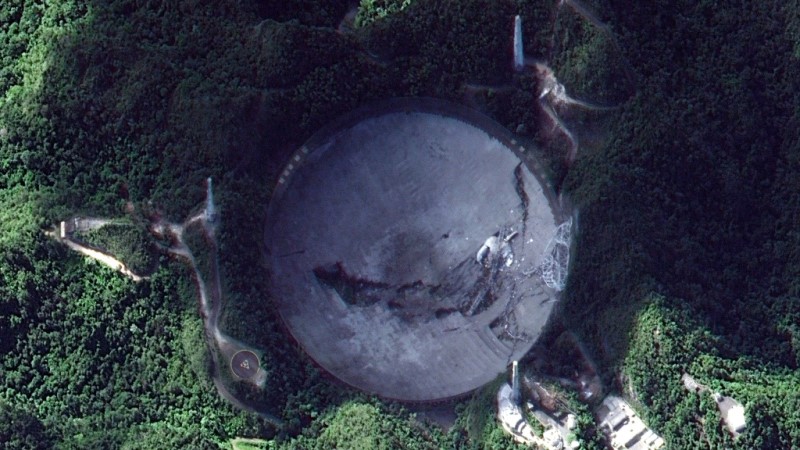 Closer to home, China has said it will accept requests in 2021 from foreign scientists wishing to carry out measurements.

Sun Jinghai, an engineering manager at the site, predicted there would be a lot of take-up.

John Dickey, professor of physics at the University of Tasmania in Australia, said the results so far had been impressive.

“China is certainly a global center for scientific research, at the same level as North America or Western Europe,” he said.

“The community of researchers is as advanced, as creative, and as well organized as in any advanced nation in the world.”

Improvements in scientific innovation have been rapid, said Denis Simon, an expert on Chinese science policy, adding that “China was viewed as an innovation laggard” only a few years ago.

“More and more discretion and intellectual freedom have been given to the scientific and engineering community to explore new ideas and take bigger risks in the research environment,” he said.

“The risk-averse culture that was once predominant has given way to a more entrepreneurial culture.”

This has included education reforms for new generations of scientists and engineers, he said.

A sign of the change in China’s mentality is that since 2018, foreign scientists have been able to lead state-funded projects.