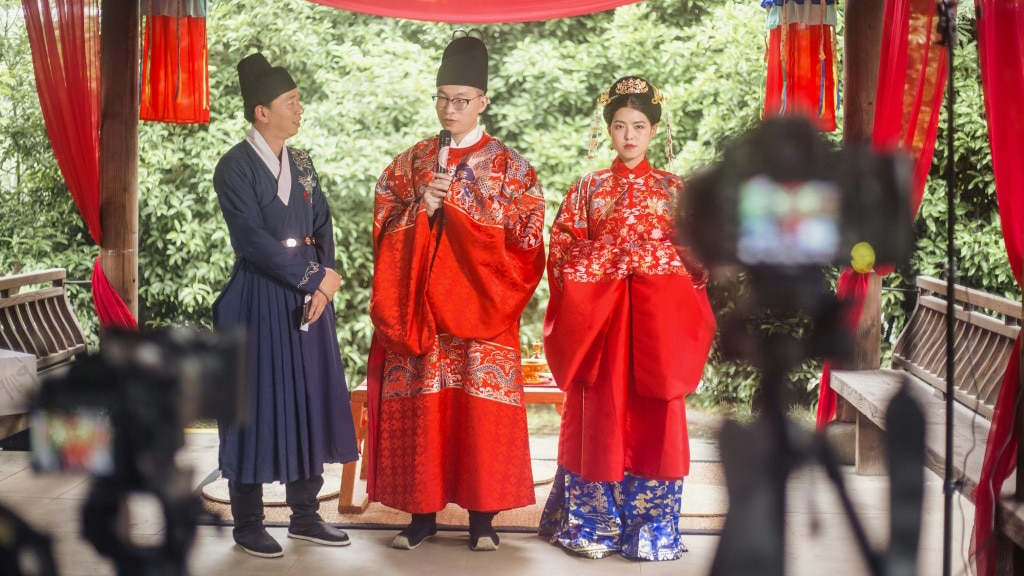 Like many couples in the era of social distancing, Ma Jialun and Zhang Yitong held their wedding ceremony online — but they added a twist by livestreaming the event to more than 100,000 strangers.

Coronavirus lockdowns and travel restrictions have forced people around the world to delay their nuptials or adapt to the unusual times by celebrating via web link.

But in China — where live streaming is extremely popular — some young couples are allowing anyone to watch their big day and even send them gifts.

Creative entrepreneurs are also cashing in, offering people the option to spice up their ceremony with special effects.

When groom Ma and his bride Zhang got married in the eastern city of Hangzhou on May 1, more than 100,000 impromptu guests watched it live on video-streaming site Bilibili, leaving likes, comments and virtual coins and gifts.

Just a dozen people were able to join in person.

The pair were originally planning to have the ceremony in January but were left trapped in different cities as the virus outbreak brought the country to a halt.

Wedding preparations are now restarting since all provinces in China have lifted their top-level state of emergency and life is beginning to show some return to normality.

However, banquets and big gatherings are still not allowed, leaving an online celebration as a preferred option.

Ma joined Zhang just one day before their wedding as Beijing lifted quarantine measures on all returnees after the couple’s three-month separation.

“This epidemic has made us feel that we could become each other’s strength,” said Ma.

The pair said they wanted to share their big day online to do something meaningful during the epidemic. 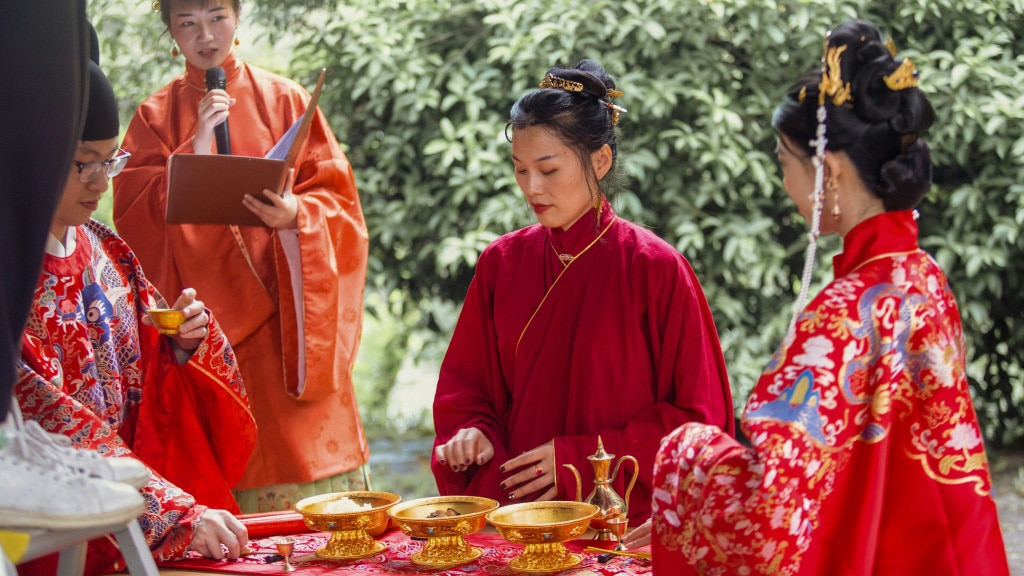 Liu Wenchao, an online teacher, was one of the first to make livestreamed weddings popular in China.

In accordance with tradition, his parents selected March 20 for his wedding eight months before the date, believing it was lucky based on Liu and his partner’s birthdays.

But the carefully-laid plans were disrupted by the virus outbreak. Because of the restrictions on travel and gatherings, Liu’s parents in northern China were not able to attend their son’s big day, and nor could the couple’s friends and relatives.

Thanks to his online teaching experience, Liu had the idea of livestreaming their wedding ceremony. 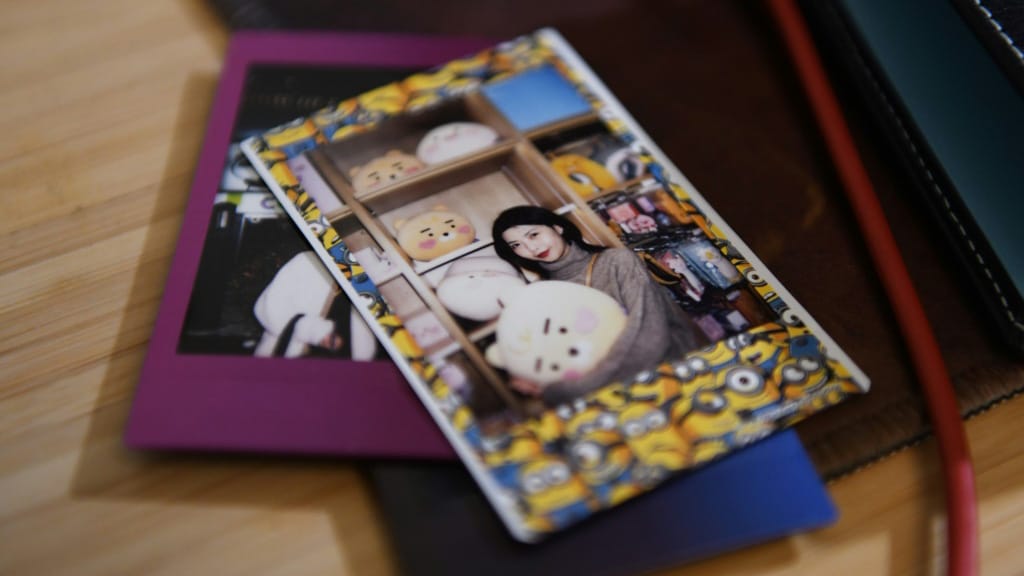 “I have used livestreaming for online courses for nearly a year. I thought, if we livestream our wedding, my family and students can join the wedding too,” he said.

Liu and his bride had a very simple ceremony in front of the camera — they exchanged rings, made a toast and ate wedding candy in their bridal chamber all by themselves.

As is common in China, the legal registration of the marriage had already been completed.

The video of the ceremony posted on Bilibili has become a hit, with more than five million views and over 860,000 likes.

“I didn’t expect so many people would love our wedding video,” Liu said.

“Maybe people are in need of watching good news during this long epidemic.” 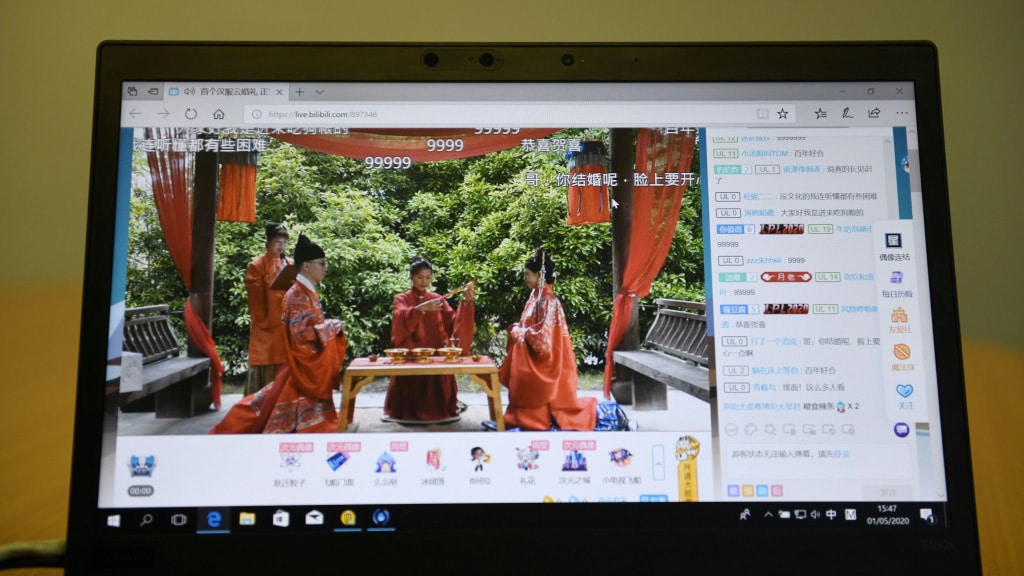 Creative entrepreneurs have been cashing in on the online wedding surge, offering people the option to spice up their ceremony with special effects

While many couples are content with a simple ceremony, live streaming platform Huajiao has used special effects to give one of its employees their dream wedding.

“When we were designing the wedding, the bride told us that her dream wedding would be held in a hot-air balloon in front of a castle, so we used the special effects to make her dream come true,” said Huajiao’s online wedding event organizer Liu Qi.

He thinks these special effects and the chance to share the fun on social media will appeal to young Chinese people.

“It may be difficult to realize in the real world, but there are endless possibilities online,” Liu said.

More than 50 couples have already signed up for an online wedding package.

“But this kind of online wedding may become a new option for couples in the future even when the epidemic ends.”

by Danni Zhu and Helen Roxburgh