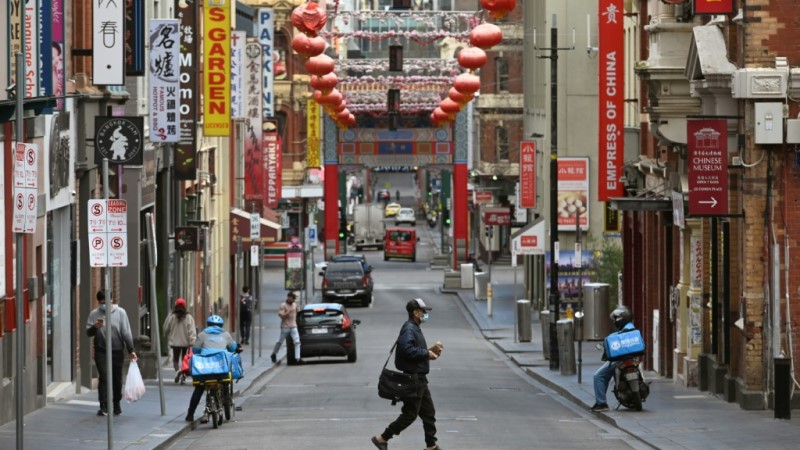 More than a third of Chinese-Australians surveyed reported facing discrimination last year, in a report released Wednesday that points to a souring relationship with Beijing and Covid-19 as driving forces.

The findings from Australian think tank the Lowy Institute suggested 37 percent of Chinese-Australians felt they had been treated differently or less favorably because of their heritage.

Two-thirds of respondents believe the pandemic was a contributing factor and 52 percent cited diplomatic tensions.

Of more than 1,000 Chinese-Australians surveyed, 18 percent reported being physically threatened or attacked because of their ethnic background in the 12 months to December.

The results echo findings from the United States, where 2,808 cases of anti-Asian hate were reported last year, according to anti-discrimination campaign Stop AAPI Hate.

Video footage of an elderly man being violently pushed to the ground in Oakland’s Chinatown made international news amid what the campaign called a “surge” in racially motivated violence.

Last year, as tensions between Canberra and Beijing escalated, China told its citizens not to travel to Australia, warning of violence and discrimination.

“I think the idea that Australia, in any way, is an unsafe destination for visitors to come to is one that just does not stand up to scrutiny,” he said.

The Lowy survey also showed a large majority of Chinese-Australian respondents felt a great or moderate sense of belonging in Australia, with most saying they felt their culture was accepted.

The findings come with relations between Canberra and Beijing at their worst in decades.

Although China is Australia’s largest trading partner, the two nations repeatedly clashed throughout 2020 over a range of issues, including China’s crackdowns in Xinjiang and Hong Kong, and lack of transparency over its handling of the coronavirus pandemic.

Under a third described Australian media’s coverage of China as fair and balanced.