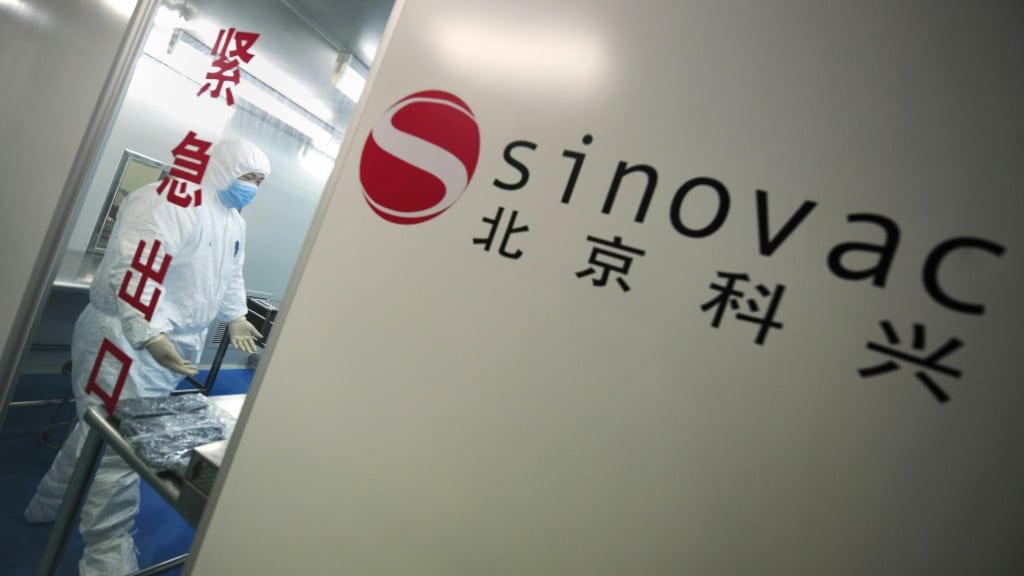 A novel coronavirus vaccine has for the first time “largely protected” monkeys from infection during an animal trial, data from a Chinese pharmaceutical giant showed.

It is among a slew of vaccines being developed around the world as countries race to stop an outbreak that has infected around 2.7 million people globally and killed more than 190,000.

Nasdaq-listed Sinovac Biotech said it injected two different doses of its vaccine into eight rhesus macaque monkeys and exposed them to the virus three weeks later, and they did not develop infections.

All the monkeys “were largely protected against SARS-CoV-2 infection”, Sinovac said in its findings.

Four macaques who received a high dose of the vaccine had “no detectable” amounts of the virus in their lungs seven days after they were administered the pathogen.

Another four monkeys given low doses showed an increase in the viral load in their bodies but appeared to have controlled the virus on their own, it said.

In contrast, four monkeys who were not given the vaccine fell ill from the virus and suffered severe pneumonia.

Sinovac published its results on the online server bioRxiv on April 19, three days after it began human trials, but its findings have yet to be peer reviewed by the global scientific community.

The vaccine, like most others, uses a chemically inactivated novel coronavirus pathogen to help the body build immunity against the real disease.

The company had given “the first serious pre-clinical data I have seen for an actual vaccine candidate”, said Florian Krammer, a virologist at the Icahn School of Medicine at Mount Sinai in New York.

He said on Twitter that the vaccine’s use of inactivated viruses was “old-fashioned technology” which would make it easier to scale up production.

Several strains of the novel coronavirus have been found by researchers, showing that the pathogen slowly mutates, potentially making the development of a vaccine harder.

But Sinovac said its experiment so far had shown its vaccine can “neutralize” widely different strains found among patients in China, Italy, Switzerland, Spain and Britain.

“This provides strong evidence that the virus is not mutating in a way that would make it resistant to a #COVID19 vaccine,” immunologist Mark Slifka from Oregon Health & Science University tweeted.

However, vaccines with inactive pathogens need booster shots to stay effective and it remained to be seen whether Sinovac’s research would provide “long-lasting protection” from the virus, said Lucy Walker, professor of immune regulation at University College London.

Phase three testing of the vaccine will need human volunteers who were never infected with the disease as well as those with symptoms.

Sinovac’s Yang said the company was looking abroad for test subjects as China now does not have enough reported COVID-19 cases.

Chinese authorities have approved three clinical trials for vaccines so far, but have not yet signed off on phase three trials for Sinovac’s effort.

There are currently no approved vaccines or medications for the new disease.

The World Health Organization has said it would take 12 to 18 months to develop a vaccine.