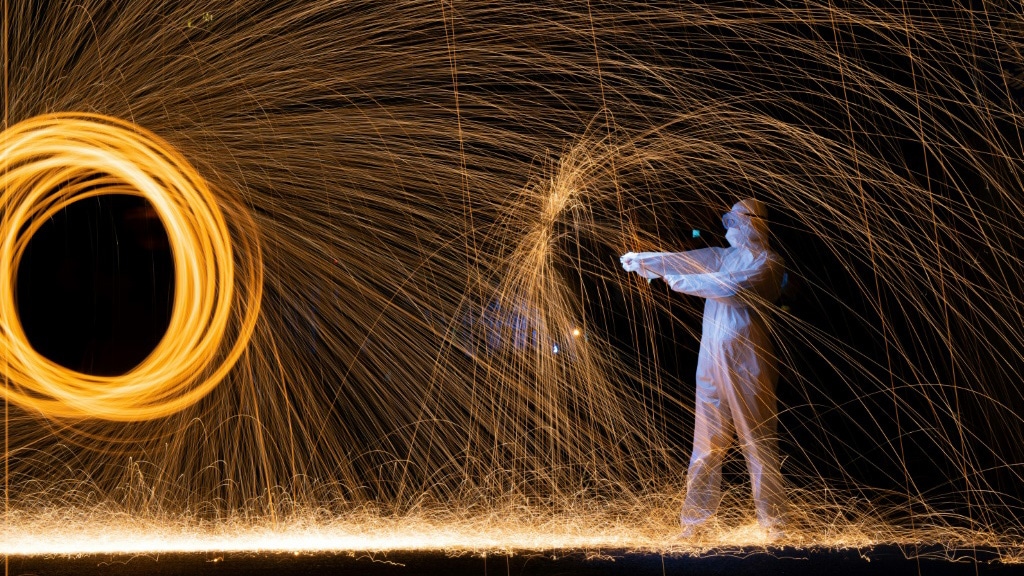 A Chinese artist has paid tribute to doctors and nurses and their months-long battle to treat virus-stricken patients in his latest light painting creations.

Roy Wang and his team used the photographic technique of light painting to “draw” white wings on the back of a model posing in a white hazmat suit, the protective gear that has come to symbolize medical workers fighting the virus worldwide.

The model stood frozen as the camera shutter was opened, with Wang darting around her in the dark, using an electric light held aloft to draw in the air. 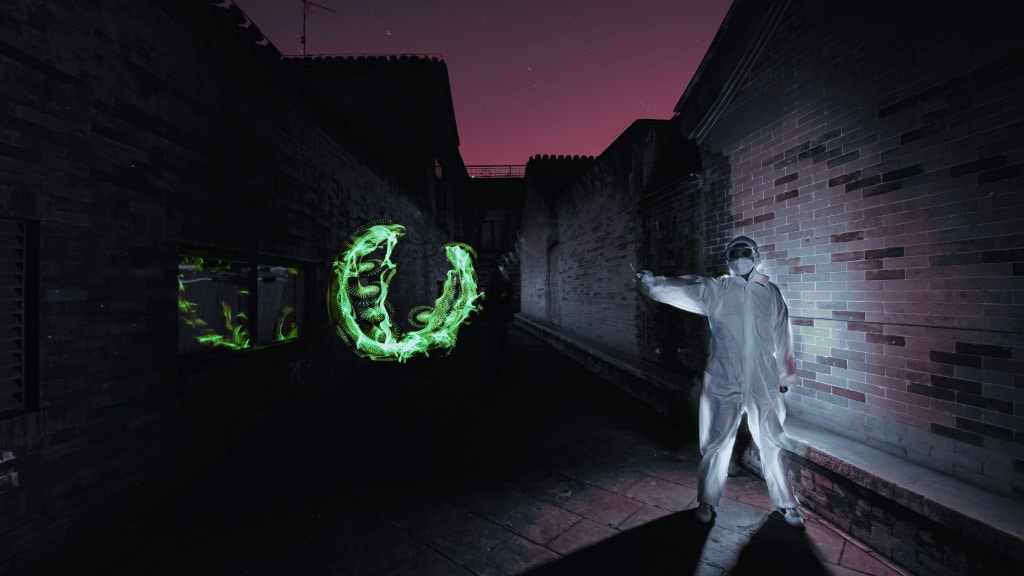 “The medical workers, in Chinese we call them ‘the angels in white’ — they are saving the human, saving us,” he told AFP.

“So I feel like I should create some light paintings to show respect for them.”

Since the virus first emerged late last year, at least 34 medical workers have died in China, according to official figures.

Wang also created a visual depiction of the virus, which has killed more than 40,000 around the world, using a neon green light. 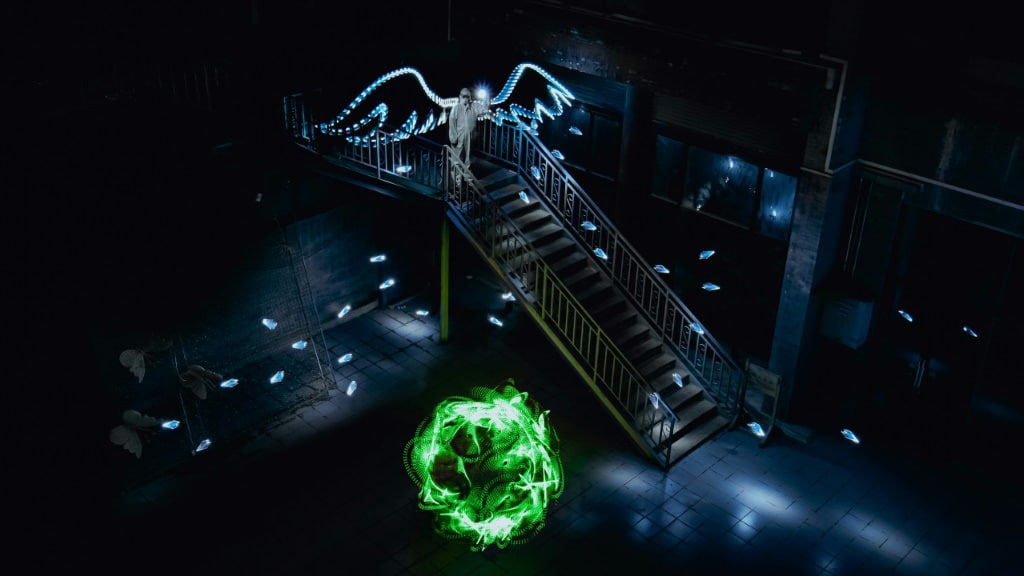 Roy Wang says he created his light paintings to show respect for medical workers, 34 of whom have died in China

As the coronavirus has developed into a global pandemic, Wang’s next project is called “Light the world up”, in which he collects the most inspiring words from his friends overseas and tries to light paint them in different languages.

“We will get through the hard times, and the Earth will become better and better.”