Chinese Policies Could Prevent Millions of Minority Births in Xinjiang 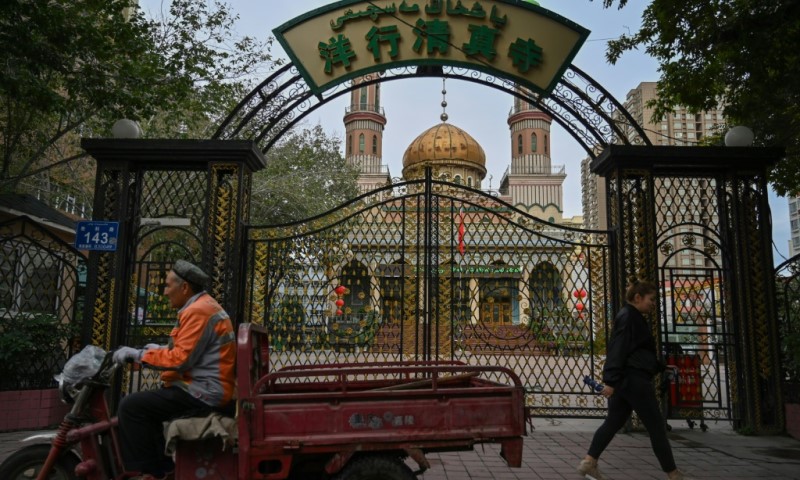 Chinese policies aimed specifically at reducing the population of mainly Muslim Uyghurs in Xinjiang could prevent the birth of around four million babies over the next two decades, new research has found.

Projections show reduced minority birth rates could raise the proportion of Han Chinese — a majority in the rest of China — from the current 8.4 percent to 25 percent in the Uyghur “heartlands” of southern Xinjiang.

Beijing has for years sought to tighten its grip on the vast border area historically marked by economic inequality and sporadic outbreaks of unrest.

Millions of Han Chinese relocated to Xinjiang in recent decades to find work in the coal and gas-rich region in a settlement drive that has caused friction on the ground.

At the same time, documented official fears about the arid region’s lack of natural resources to support an influx of Han settlers suggest that Chinese authorities see birth suppression as a key tool for manipulating the area’s demographic makeup, Zenz said.

China last week announced a major reform of policy governing the number of children a couple can have, increasing it to three as the country grapples with an ageing population.

But scholars say Beijing does not view all babies as equally desirable in Xinjiang, and is actively pursuing a policy of decreasing the number of children born to ethnic minorities.

Strategies include ramped-up birth control policies in the region — including imprisonment for having too many children and claims of forced sterilisation.

Focusing on four prefectures in southern Xinjiang and using models recommended by multiple Chinese scholars, Zenz calculated Beijing could aim to raise the number of Han in these “traditional Uyghur heartlands” to a quarter of the population.

Zenz said he found “an intent to reduce ethnic minority population growth in order to increase the proportionate Han population in southern Xinjiang”.

Official data shows Xinjiang’s birth rates nearly halved between 2017 and 2019 — the steepest drop of all Chinese regions and the most extreme globally since 1950, according to an analysis by the Australian Strategic Policy Institute.

Zenz calculated the natural ethnic minority population growth in southern Xinjiang would have reached 13.14 million by 2040, but that suppression measures could prevent up to 4.5 million births among Uyghurs and other ethnic minorities.

China has faced mounting international criticism over its policies in Xinjiang, where the United States says Beijing is committing genocide.

At least one million people from mostly Muslim minorities have been held in camps in the region, according to rights groups who also accuse authorities of imposing forced labour.

Beijing has hit back at the accusations, touting its counter-terrorism and economic achievements in Xinjiang, applying tit-for-tat sanctions, and supporting lawsuits against its loudest critics, including Zenz.