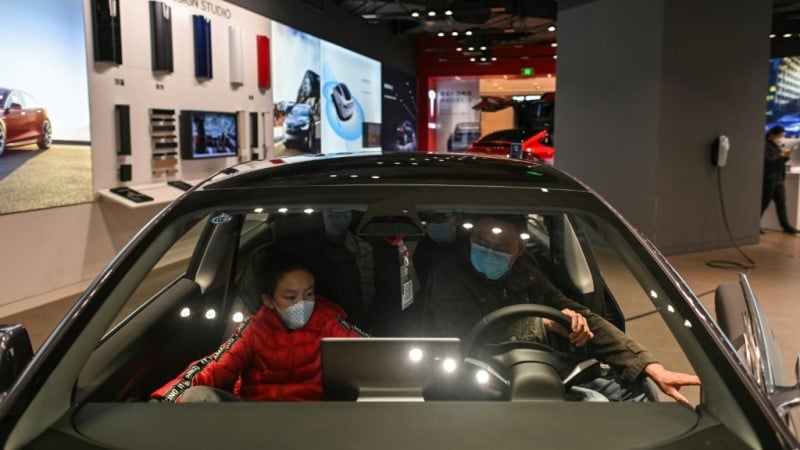 The news comes several months after two recalls of the company’s vehicles in China, the world’s largest car market.

“Consumers have cited multiple problems, related to unusual accelerations, batteries catching fire, as well as with the remote update system,” the State Administration for Market Regulation said in a statement.

“They were asked to strictly conform to Chinese laws and regulations” in order to “guarantee public security” and the “rights and legitimate interests of consumers”, the regulator said.

No further details were given about the reported malfunctions.

In a statement, Tesla said it accepted the authorities’ “guidance”, adding that it was “carrying out a deep introspection on the deficiencies in the company’s business”.

“It will strengthen its checks and controls in a comprehensive manner,” the statement added.

“We will put in place systematic controls, ensure that consumers’ rights and interests are safeguarded… and better contribute in the future to the positive and sound development of China’s new energy vehicles market.”

Tesla built its third factory in the coastal city of Shanghai in 2019, with the electric car giant seeking to take advantage of China’s ambitious objectives in terms of reducing CO2 emissions.

But the company — led by temperamental billionaire Elon Musk — has faced an uphill struggle in China.

In October, it was forced to recall almost 30,000 cars in China because of problems with their suspension.

The following month, Tesla announced a recall of another 870 cars, this time relating to faulty roofs.

Just last month, too, the company was forced to recall 135,000 vehicles in the US to repair a computer memory failure that it said could pose a safety risk.

Problems with regulators have done little to dent the firm’s profitability — CEO Musk became the world’s wealthiest person last month, with a fortune estimated at $185 billion following a nine-fold surge in Tesla’s share price over the past year.