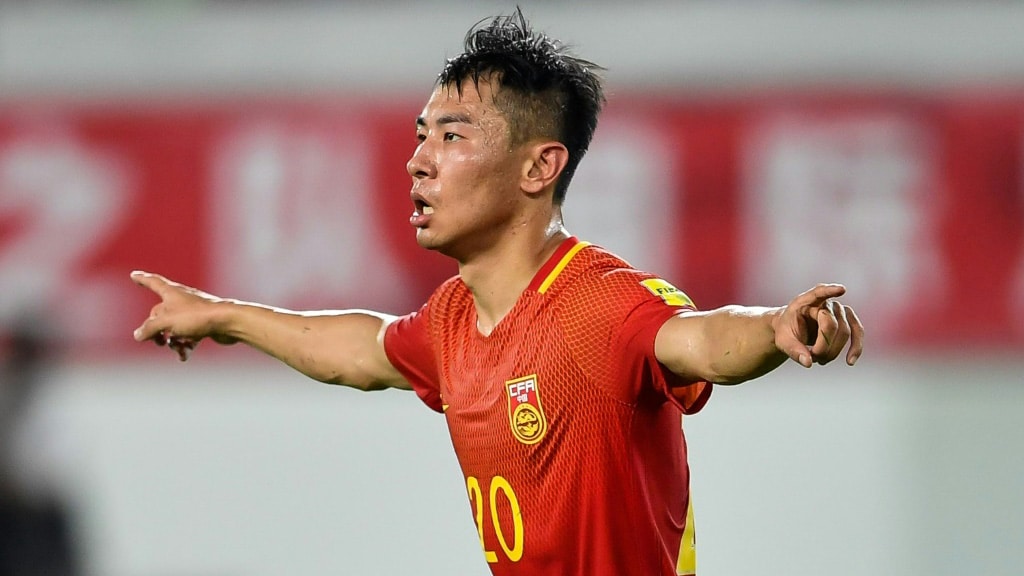 A Chinese international footballer spotted altering the number plate on his Mercedes 4×4 was released from 15 days’ custody and apologized on Wednesday.

Chinese Super League champions Guangzhou Evergrande sacked winger Yu Hanchao after he was filmed changing a letter E to an F on his jeep in mid-April.

Police in the southern city fined Yu 5,000 yuan ($700) and he was held by authorities in “administrative detention”.

Yu, who has 59 caps and nine goals for China, was freed on Wednesday, state media said.

In his first public reaction to the controversy, the 33-year-old blamed his “weak awareness of the law”.

“I was chancing my luck, which violates traffic regulations,” Yu wrote on the Twitter-like Weibo, without explaining why he doctored the number plate.

Reports have speculated he was trying to evade traffic restrictions limiting drivers based on their license numbers.

“I sincerely apologize to everyone and hope my case will serve as a warning to others.

“I wholly accept all the criticism and will always remind myself to be a law-abiding citizen in future.”

Yu is searching for a new club after Fabio Cannavaro’s Evergrande said he had “severely violated” team rules.

Yu’s international career also appears to be over, although he has not featured for his country since the Asian Cup last year.

However, he did include Evergrande’s Brazilian-born striker Aloisio for the first time.

The 31-year-old joins another naturalized forward, Elkeson — also originally from Brazil — in the squad.