Citizens Battle to Save China’s Most Critical River

Water has been a source of death as well as a source of life for a generation in Shenqiu, a region fed by a tributary of China's heavily polluted Yangtze river and pockmarked with notorious "cancer villages".

But artist-turned-environmentalist Huo Yalun has been on a mission to change that, installing filters to purify groundwater in the area in a bid to offer a safe alternative for ordinary people.

“We have seen many people in villages get cancer and skin diseases because of drinking the polluted water. But I wanted to … actually find a solution to the villagers’ drinking water problems,” he told AFP.

It has been a monumental task.

Decades of rapid development has left the world’s third longest river and its tributaries choked with toxic chemicals, plastic and garbage, threatening the main drinking water source of nearly 400 million people — a third of China’s population. 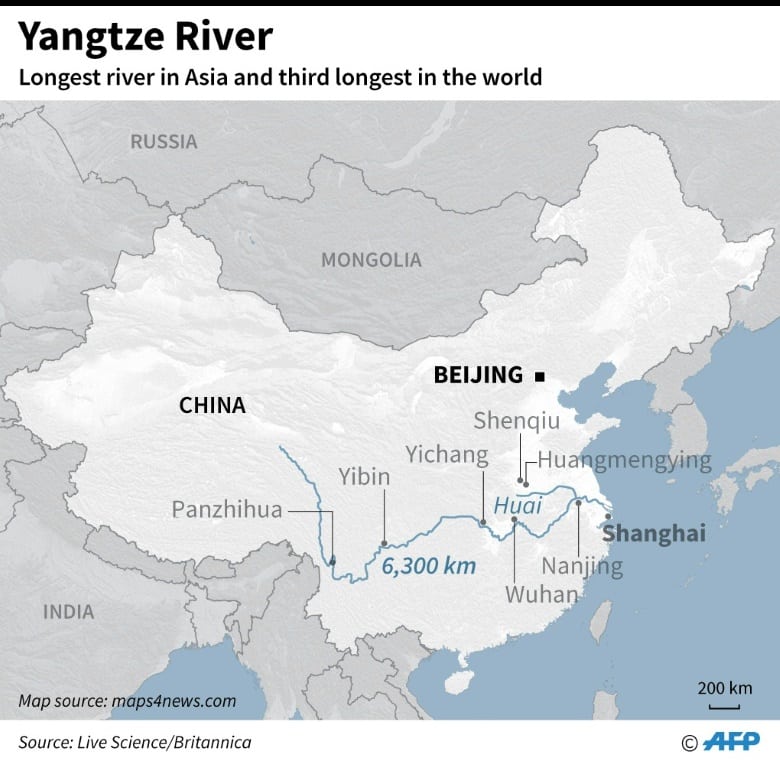 Map of Yangtze River, the longest river in both China and Asia and third longest in the world.

Protecting the Yangtze — which irrigates an area responsible for 45 percent of the country’s GDP — is now a priority, with President Xi Jinping calling for an end to “destructive” development along it.

But impatient citizens, like Huo, whose father was an award-winning environmental reporter who first highlighted the issue in the 1990s, have already taken action.

His prototype water filters were created before authorities even publicly disclosed the existence of more than 250 “cancer villages” in 2013 — mostly in the Yangtze river basin, including the provinces of Anhui, Jiangsu and Henan, where Shenqiu is located.

Death rates from stomach, esophagus or liver cancer in these places were two or three times the national average, according to the China Center for Disease Control and Prevention, which linked the increases to water pollution.

Huo has installed more than 50 filters and offered safe drinking water to some 100,000 families.

“Before we installed the filters, a few villagers who could afford it were spending nearly 14 yuan (2 dollars) a day to buy bottled water,” said Huo.

“The others were still drinking the discolored, smelly river water,” he added. 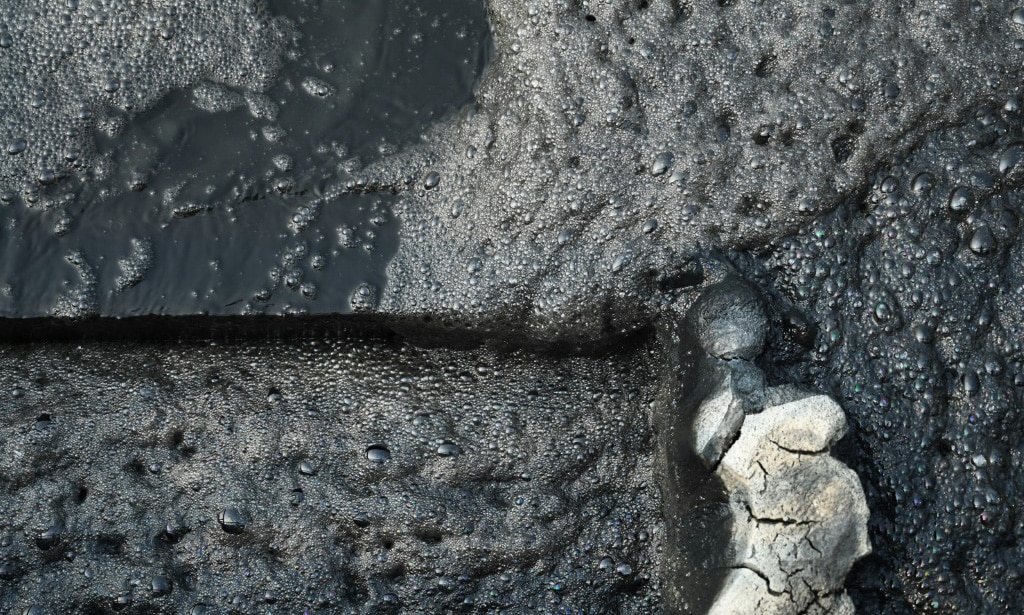 Shenqiu sits on the Huai river basin, a major tributary to the Yangtze the country’s “mother river” which stretches 6,300 kilometres (3,900 miles) from Tibet to Shanghai.

The major causes of water pollution in the region were factories producing MSG, paper, and leather, with toxic industrial run-off pouring into the waterways.

The county has more than a dozen cancer blackspots, including Huangmengying village that sits on the Shaying river, which feeds into the Huai.

Here ponds and streams, traditionally sources of drinking water, turned rust-red. Little survived in the waterways and the birds all but disappeared.

Cancer rates rose 196 percent from 1973 to 2004 — nine times the national average — according to a government report.

“Many villagers were suffering from cancer. The doctor only started telling us not to drink the river water several years ago. By then I had already helped bury my three neighbors,” recalled local Wang Shiying. 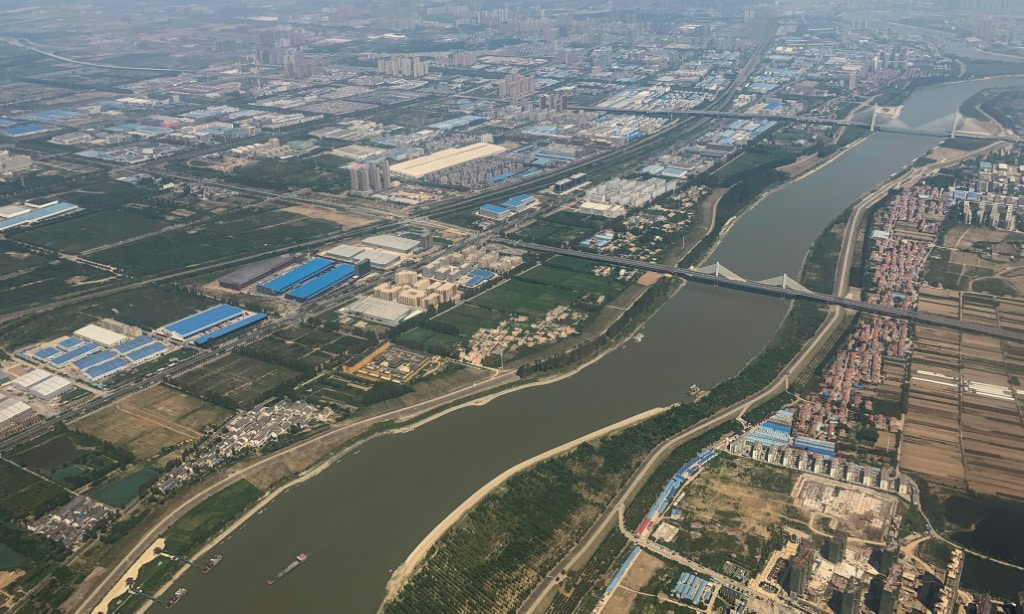 Decades of rapid development has left the Yangtze, the world’s third longest river, and its tributaries choked with toxic chemicals, plastic and garbage, threatening the main drinking water source of nearly 400 million people

Most residents have died or moved away to protect their health, he added.

Earlier this year China unveiled an action plan to restore the Yangtze by the end of 2020.

As part of this, the city of Yichang aims to close all 134 of its riverside chemical factories, while authorities in Hunan have been using drones with infrared cameras to spot factories dumping unprocessed waste water into the river.

“There has been a flurry of activity in recent months to save the Yangtze. But many of them are patchwork solutions that don’t address core issues” said Ma Jun, a Beijing-based environmentalist.

Lax environmental standards and tampering of pollution data by local officials has meant that “the Yangtze river basin was cleaner on paper than on the ground”, Ma warned. 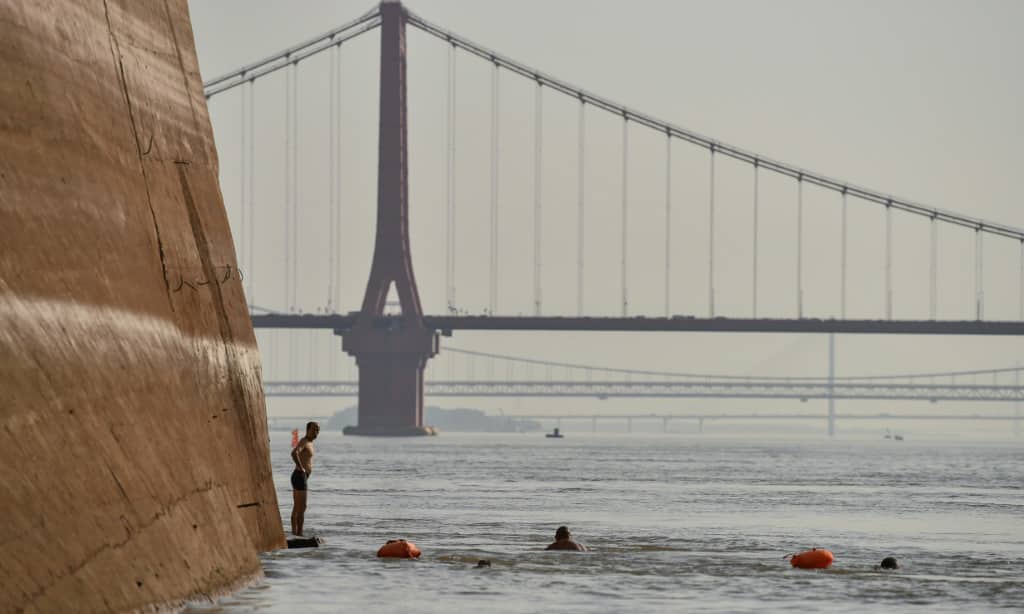 One such project is a waste-water treatment plant at a leather tannery in Shenqiu where massive concrete vats hold 400 tonnes of chemical-tainted water used to process rawhides.

The frothing black liquid which smells like rotten eggs is now run through special filters and purifiers, while real-time updates on the level of toxins in the purified water are sent to the provincial environmental authority.

Huo is hopeful a combination of citizen environmentalism and government action will soon mean clean water for all.

He spent 15 years honing his system where groundwater is pumped through a series of membranes that remove bacteria.

He uses reverse osmosis to remove pollutants before the water undergoes ozone and UV sterilization, and is filtered through charcoal from coconut shells, a process he says ensures the water is free of contaminants and tastes good.

Villagers can then fill their cans at a water dispenser, after swiping a loyalty card or paying using their mobile phones.

Six litres — a day’s worth of drinking water for a family of four — costs less than one yuan.

The waterways too are showing signs of recovery.

“The birds have returned this year after nearly 30 years,” said Huo.

“There are signs of life along the once dead river. I can now even go swimming with my daughter in summer.”