Arriving in a new country and speaking no English, his options were limited, so Cuong again turned to the migrant network for
help

Cuong — who is now 41 — slipped into Britain illegally, hidden under a lorry before going on to grow cannabis in homes, hotels and even a stable.

His dangerous journey from the poor, rough Vietnamese port town of Haiphong to Britain’s illegal cannabis farms was driven by big dreams.

“All I ever wanted was to make money… whether it was legal or illegal,” Cuong, who is now back in Vietnam, tells AFP.

It was a criminal career steered by the Vietnamese gangsters behind the UK’s huge marijuana trade — which researchers value at around 2.6 billion pounds ($3.2 billion) a year.

Cuong claims he went to the UK willingly, looking for ready cash in a country with some of the highest weed prices anywhere in Europe.

But many others — including children — are tricked and trafficked to work for the shadowy Vietnamese drug bosses who have become the unlikely kingpins of the UK weed game.

The story of the self-professed hustler and low-level crook offers a unique insight into the routes taken by some Vietnamese migrants.

But it also turns a spotlight on the margins in Vietnam, where criminal gangs trade on poverty and lack of opportunities to recruit new footsoldiers.

Cuong, a former small-time crook and drug user, was 29 when he set off for the UK. It was 2008 and the cannabis trade promised riches, he says, so he paid $15,000 to brokers for a fake passport and a spot on a tour group to Europe. 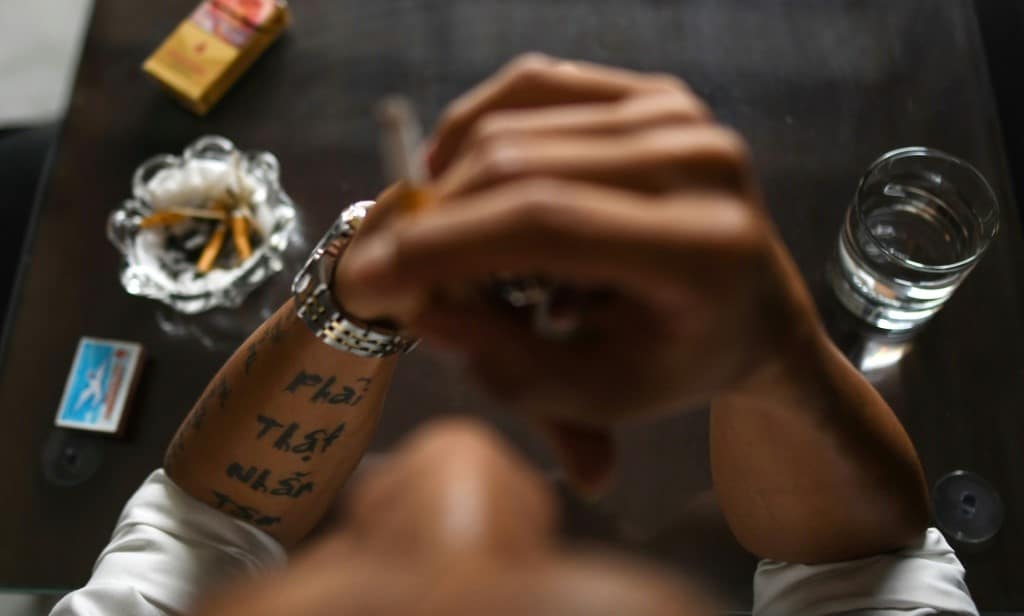 He slipped away from the tour in France and joined a well-worn migrant route to a camp in Calais where Vietnamese people smugglers arranged for him to cross the channel to Britain — under the belly of a lorry.

“If you fall you’re dead,” explains Cuong, who made the overnight journey to Dover with three other Vietnamese migrants.

Arriving in a new country and speaking no English, his options were limited, so Cuong again turned to the migrant network for help. He ended up in Bristol and worked for a man running several cannabis farms in suburban homes.

Cuong says he had to work on his own, housebound and reliant on weekly food drops by his handlers.

“I got up early, ate rice and prepared feed for my plants… put them under lights for two hours and watered them,” recalls Cuong, his mundane routine punctuated by fear of arrest.

It was a common set-up: houses rented or bought in inconspicuous suburbs and converted into drug operations.

Police have also busted cannabis farms in dog kennels, pubs, an abandoned hospital and a even former nuclear bunker — many run by Vietnamese.

Around 12 percent of all cannabis convicts in the country are Southeast Asian, more than any other non-European nationality, a National Police Chiefs’ Council shows.

It took six months for cops to show up in Cuong’s neighbourhood.

Panicked, he bundled up as many plants as he could in bin bags and made a run for it. But it wasn’t long before he was back in business, growing weed in a hotel near Bristol.

He had earned nearly $19,000 — a small fortune compared to salaries back home — but accuses his boss of cheating him out of thousands more.

Around 12% of all cannabis convicts in the UK are Southeast Asian, more than any other non-European nationality, a National Police Chiefs’ Council shows ©AFP

Most migrants from Vietnam come from poor central provinces. Many head for the UK, sending home cash which is spent on new cars, motorbikes and home renovations.

But the journey isn’t cheap.

Smugglers charge up to $40,000 for travel documents and a plane ticket, usually to eastern Europe where the overland trip to the UK begins.

Some fall prey to traffickers; by the time they make it across the English Channel they are thousands of dollars in debt and forced to work in brothels, nail bars or cannabis farms.

More than 3,100 Vietnamese adults and children were identified as potential trafficking victims by the UK government between 2009 and 2018, according to a report by Anti-Slavery International, ECPAT UK and Pacific Links Foundation.

But in 2014 he was arrested for smoking cannabis. His fingerprints tied him to the Bristol grow house.

Crown Court records show he was convicted for growing cannabis and sentenced to 10 months jail. Eventually the UK Home Office deported him.

He joined more than 1,600 returnees to Vietnam either by choice or by force since 2014, including at least 22 who were under the age of 14, according to Home Office data.

Hundreds of other children have been identified as potential trafficking victims by the Home Office.

Some are back in Vietnam in debt and at serious risk of being re-trafficked in what amounts to a “merry-go-round” of crime and poverty, according to independent trafficking expert Mimi Vu.

Adjusting to life in Vietnam has been tough for Cuong, who returned broke and now lives in a bare house in Haiphong.

But he says he is reformed and hopes to open a salon to help provide for the baby he is expecting with his new girlfriend.

“In the past I had to be tough and aggressive,” he says. “Now I have to be soft and nice.”