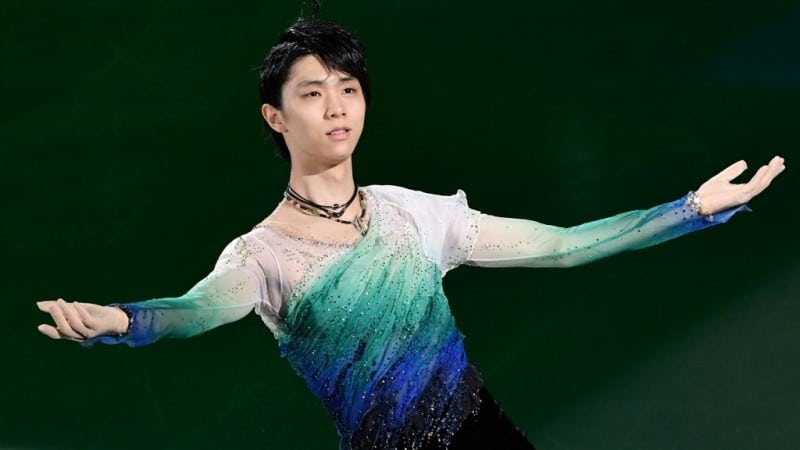 Hanyu, who has asthma, admitted feeling conflicted about returning to competition as virus cases surge in Japan

Japan’s two-time Olympic figure skating champion Yuzuru Hanyu said Thursday he felt compelled to return to competition this week despite being “conflicted” about his safety as coronavirus infections surge nationwide.

Hanyu skipped this season’s Grand Prix series over concerns that his asthma would put him at higher risk if he caught the virus, meaning he has not competed since winning the Four Continents title in February.

Hanyu admitted Thursday he felt he had no choice but to enter as he eyes a third world title next spring.

“My thinking hasn’t changed,” said Hanyu, who became the first male skater to complete the so-called “Super Slam” by winning the Four Continents in Seoul in his previous outing.

“I want to do as much as I can to avoid getting the virus. As the national championships got closer, the third wave hit and I felt very conflicted over whether I should compete or not.

“But thinking about the world championship, the Four Continents has been canceled so the national championship is the qualifying event for worlds, and it was compulsory that I compete.”

Hanyu said he has been living a virtual hermit’s existence since he returned to Japan from his Toronto training base when the pandemic hit, barricading himself indoors and limiting his interactions to his close family.

He has been unable to train with his Canadian coach Brian Orser because of travel restrictions, but he said he feels in good shape heading into this weekend’s competition.

“I practiced every day on my own without a coach,” said Hanyu, who competed in last year’s nationals but missed the previous three years with either injury or illness.

“It was difficult to take care of myself. I tried as much as I could not to see anyone outside my family, and I didn’t go out at all. That meant I was able to concentrate on my skating, and I think I put in some good work.

“Because I was alone, I could analyse things deeply. Rather than hearing it from someone else, I had to look within myself to see whether I was performing better or worse.”

At last year’s nationals, Hanyu finished second to Pyeongchang Olympic silver medallist Shoma Uno, who will try to win his fifth straight national title this week despite not having competed since last year’s edition.

Uno, who trains in Switzerland, also missed the Grand Prix series after the French Grand Prix in which he was due to compete was cancelled due to virus fears.

“You usually have the next competition to look forward to, and you can work on what you need to fix with that in mind,” said Uno.

“But this year, there haven’t been any events and the season is ending before it has even got started.”