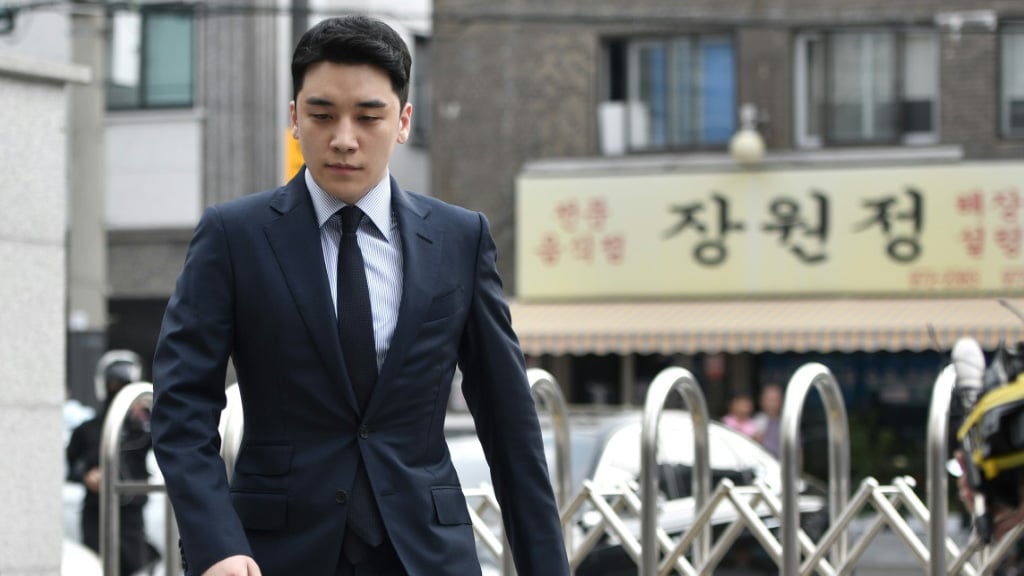 Seungri has been indicted on accusations including prostitution arrangement, embezzlement and illicit gambling

The 29-year-old singer from popular boyband BIGBANG has been indicted on accusations including prostitution arrangement, embezzlement and illicit gambling.

All able-bodied South Korean men are obliged to fulfill around two years of military service to defend the country from nuclear-armed North Korea, with which it remains technically at war.

Seungri — whose military service was postponed last year because of ongoing police inquiries — bowed to reporters but did not answer questions before checking in, Yonhap news agency reported.

BIGBANG enjoyed widespread fame following its 2006 debut and Seungri went on to become a successful businessman, but the public backlash and formal investigations caused him to retire from showbusiness in 2019.

He is also suspected of arranging sex services for potential investors in his business.

The investigation into the scandal surrounding him uncovered a spate of allegations against other musicians and personnel at YG Entertainment — Seungri’s former agency and one of the biggest K-pop management firms.

It prompted the agency CEO Yang Hyun-suk to step down in June facing probes of his own into illicit gambling.