Dong Fangzhuo smiles at the memory. It was Christmas, he was far from home and legendary Manchester United manager Alex Ferguson took pity on him by arranging a holiday get-together.

​The one-time Chinese star told the story to AFP in the coastal city of Xiamen, where the 34-year-old former United striker is coaching children, some with special needs.

Dong admits that his time at Old Trafford from 2004 to 2008 was a tale of injury, crippling shyness and ultimately unfulfilled potential.

But he has no regrets, calling it “a dream” to join the club he supported, and is discovering a new-found joy in passing on his football knowledge to China’s next generation at the Dong Fangzhuo Football Club.

Some are barely old enough to kick a ball, some have physical limitations, but they know Dong’s story.

Dong arrived in Manchester as a teenager without a word of English and stayed with a host family, using hand signals to communicate. He remains in contact with them. 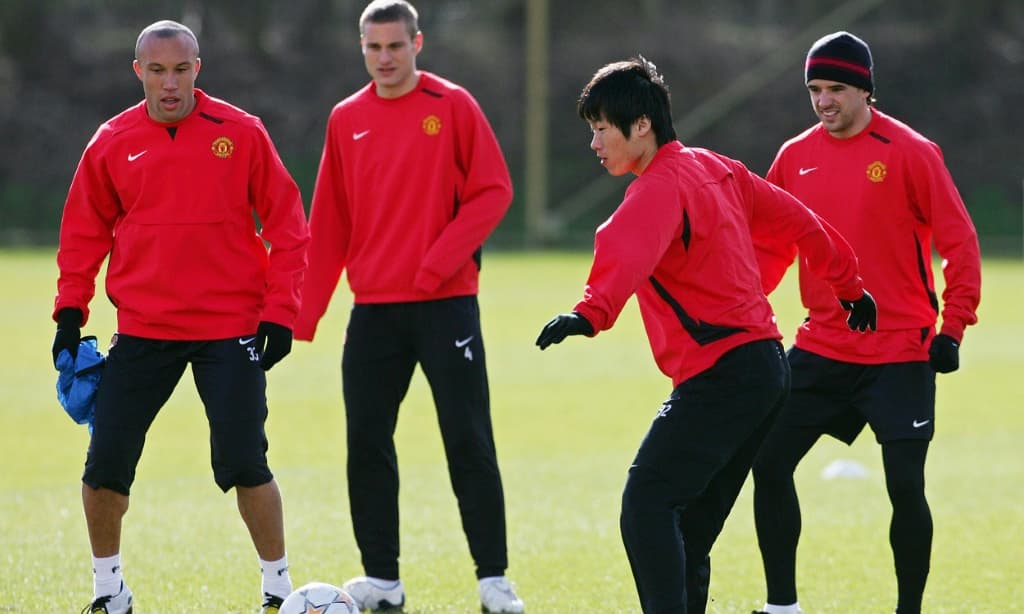 He would make only one Premier League appearance, in 2007, when he played up front in a 0-0 draw at Chelsea alongside current United boss Ole Gunnar Solskjaer.

The young Dong joined a squad containing the likes of Cristiano Ronaldo, Ryan Giggs and Ruud van Nistelrooy and he still talks glowingly of manager Ferguson.

The good-natured Dong remembers well Ferguson’s thoughtful act for what was the striker’s first Christmas in Britain.

“He worried that I had nowhere to go because everyone might be celebrating with family so he arranged for someone he knew to invite me to celebrate with his friend,” Dong said.

“As well as helping me on the training ground, Ferguson helped me a lot in life.” 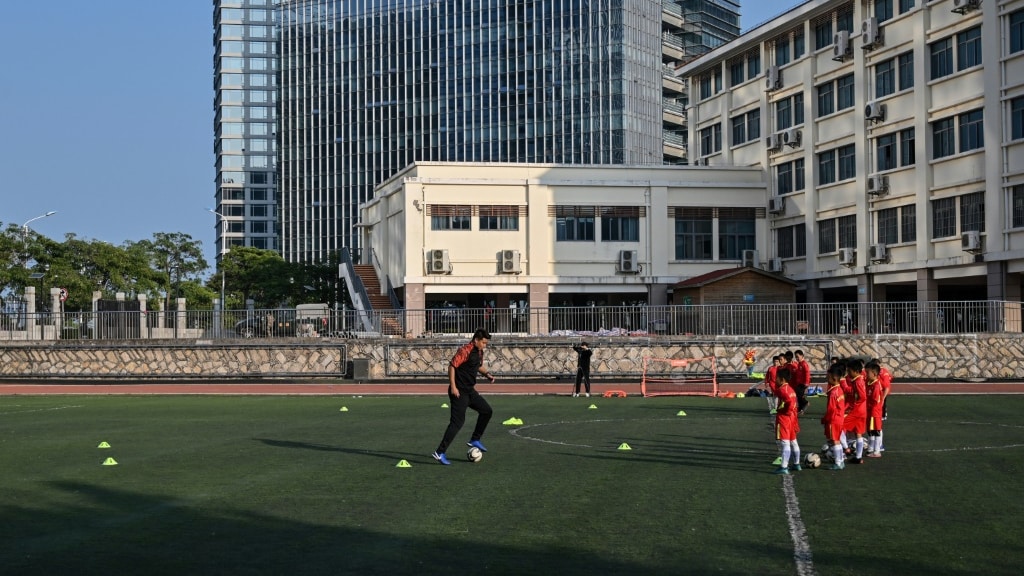 Dong was loaned to Royal Antwerp for a prolonged spell soon after arriving at United and gave a glimpse of his potential with 30 goals in 53 matches.

He is aware of the claims that United bought him just to sell shirts in China, but counters that the club brought him back from Belgium in 2007 as proof they valued him on the pitch.

“I don’t deny that a good player has his commercial value, but if he can’t meet the requirements on the field, he has no value,” Dong said.

Backing up that assertion, in 2006 Ferguson praised Dong’s “speed and physicality”. The next year came his first taste of Premier League and Champions League football. 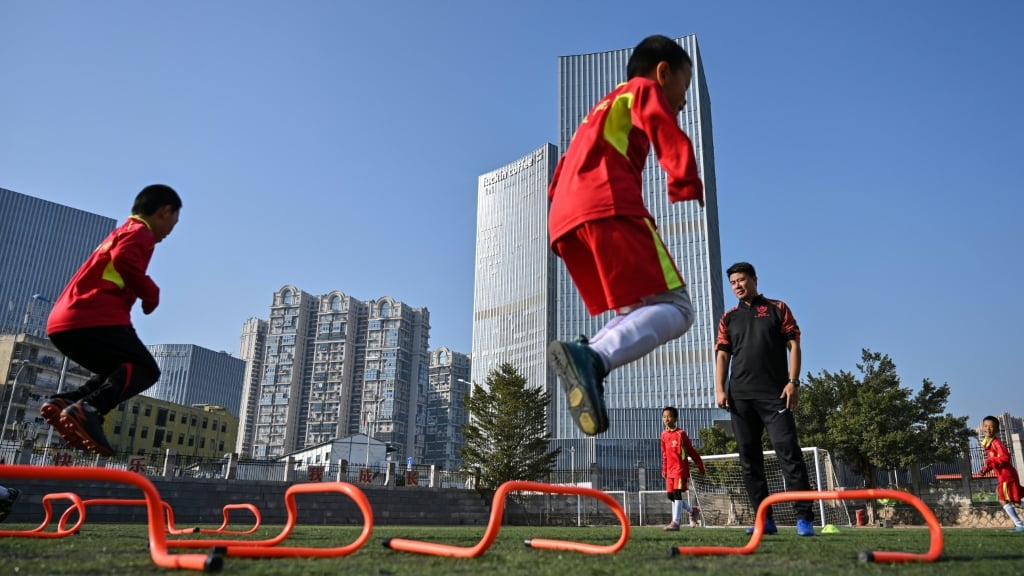 But Dong admits that shyness and injuries, primarily a knee problem, ruined any hopes of making it at United.

He left the club in 2008 to return to Chinese football, and retired aged 30.

Dong has the broad shoulders and stature that hint at his days as a professional footballer. He still enjoys a kickabout, but has had problems with his knees, feet, heels and back.

Dong cherishes old photos of him tussling with Wayne Rooney in training, signing for United with a smiling Ferguson and playing with Ronaldo.

He occasionally pops back to England to watch matches and stays up into the early hours to see United games on television in China. 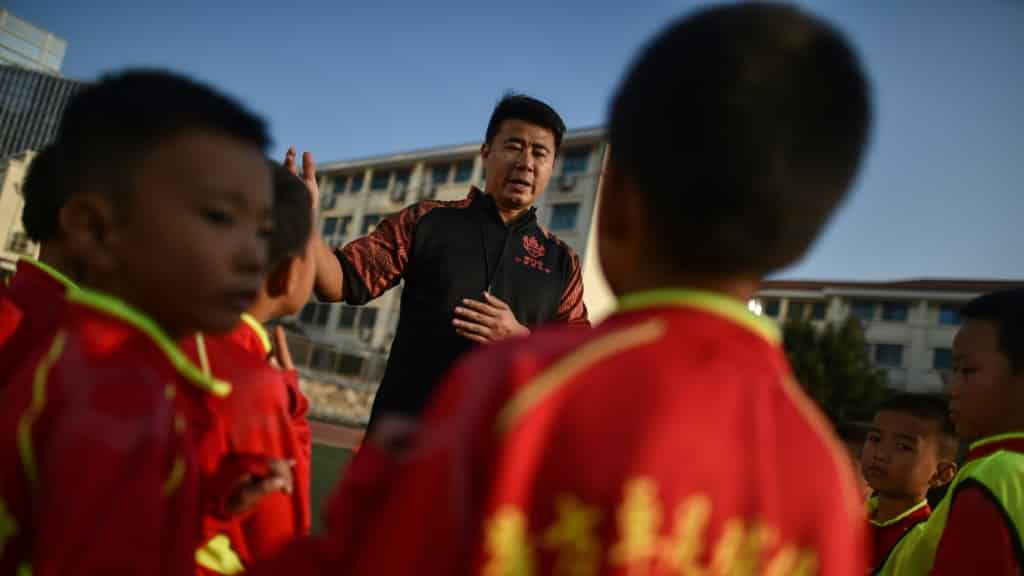 There is an enduring interest in Dong in England. In May this year, The Sun tabloid published an article with the headline: “Man United’s Chinese starlet Dong Fangzhuo went from next big thing at Old Trafford alongside Ronaldo to reality TV facelift freak.”

Dong has heard the story about his supposed cosmetic surgery, but says it’s not true.

“I just did some simple make-up,” he said, adding with self-deprecating humor, “If you say that I had plastic surgery, the way I am now is probably a plastic surgery failure.”

Dong, who still gets stopped in the street by fans, hopes his training club in Xiamen can bring a happy denouement to a turbulent life in the game.

He gets a satisfaction from coaching children with special needs that he never experienced as a player, even if it is a world away from the glamour of the Premier League.

“I feel the purity of their eyes and their hearts,” Dong said.

“And although they may have some physical limitations, their kind of concentration, their seriousness… that passion actually moves me.”

PHOTOS BY HECTOR RETAMAL
by Peter Stebbings / with Lan Lianchao