Dubbed as ‘The CIA’, Thai Street Food First on Scene to Feed Protesters 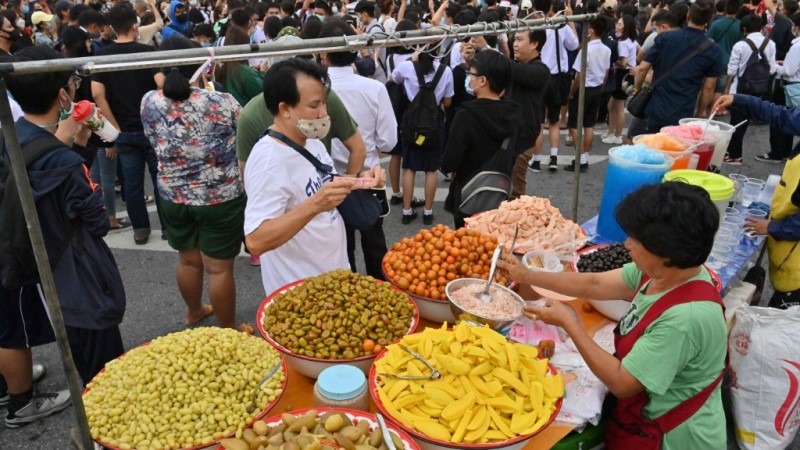 With an intelligence network so good they have been compared to the CIA, Thai street vendors are often first on the scene at “guerilla” democracy protests in Bangkok, where they hawk sour pork and fishballs to a democracy-hungry crowd.

After a government crackdown last week, protest groups have begun keeping the venues for their demonstrations demanding the resignation of Premier Prayut Chan-O-Cha secret until the last minute, in a bid to outsmart authorities.

But protesters have quickly noticed that they are often second on the scene, behind food vendors setting up their carts and readying themselves for a busy night of brisk sales.

Meatball seller Rattapol Sukpa says he stays ahead of the curve by monitoring Facebook for hints of the latest locations, and is in constant contact with other vendors who tip each other off. 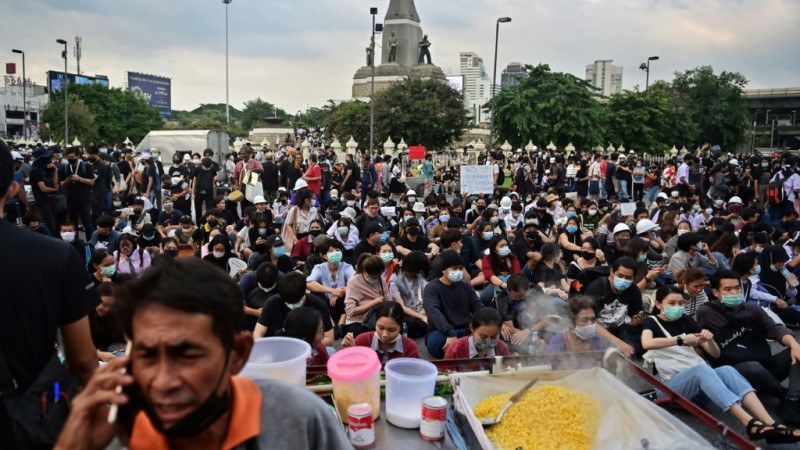 Protesters have quickly noticed that they are often second on the scene at protest venues, behind food vendors setting up their carts and readying themselves for a busy night

“My earnings were good before, but selling at the protest sites, you’d sell out faster than usual,” the 19-year-old told AFP as he set up near Victory Monument.

Business has been booming since the protest movement kicked off in July, with the vendors now a regular feature on the sidelines.

A post calling on people to come and rally at a new protest venue on Tuesday carried a picture of a food cart with the caption “Let’s send the CIA there first”.

The bonanza has also given Rattapol a better work-life balance, he said, enabling him to sell out his entire cart by 8 pm instead of the usual midnight closing time. 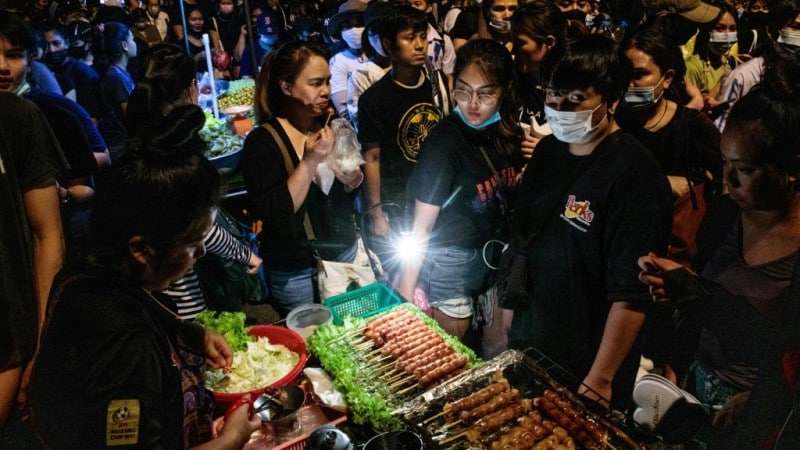 Grilled sausages, hotdogs, soups, cold drinks, pickled fruits and satay sticks are just some of the snacks on the menu

Protesters are calling for serious changes to Thailand’s status quo — an overhaul of Prayut’s administration, a rewrite to the military-scripted constitution and reforms to the kingdom’s unassailable monarchy.

But their gatherings also bring a food festival vibe.

Sour pork and rice sausage balls, a delicacy of Thailand‘s northeast provinces, hang like beaded necklaces from a street vendor’s push cart, ready to be fried up and served with cabbage in plastic bags. 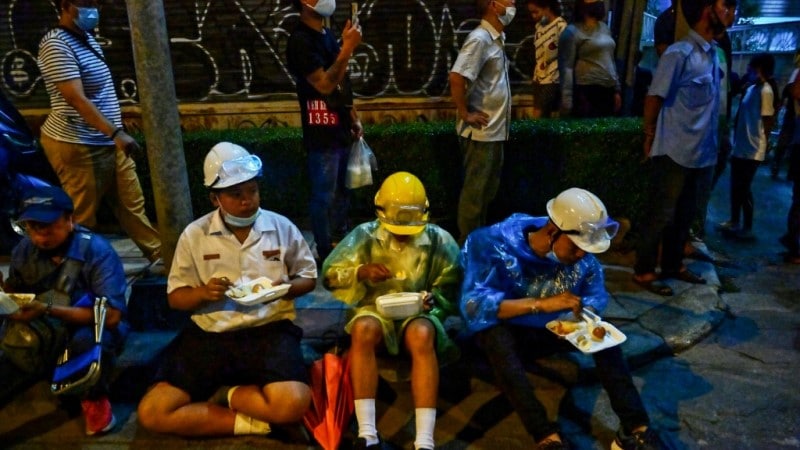 This picture taken on October 21, 2020 shows pro-democracy protesters eating meals from street food vendors during an anti-government rally in Bangkok

Some vendors have their cooking stations attached to their motorbikes, making it easier to high-tail to the rally zones.

Selling food to captive crowds often numbering in the tens of thousands is increasingly lucrative, said Anucha Noipan, a fried chicken vendor who used to make $97 a day. 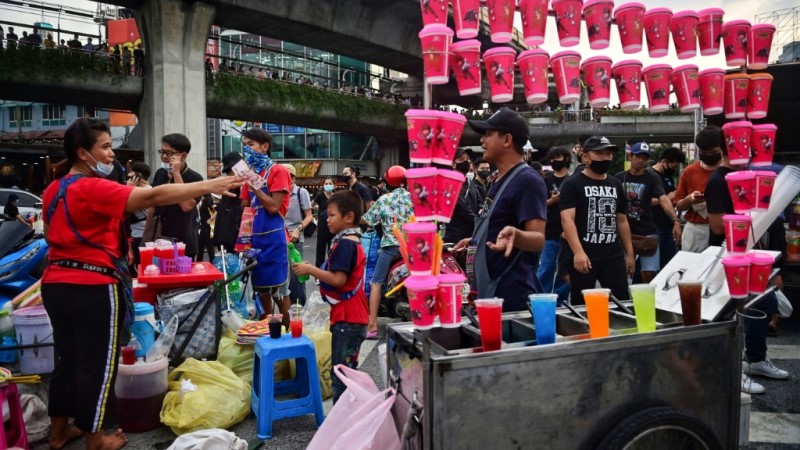 New to the scene after leaving a job as a rubber farmer, Anucha says he agrees with the movement’s demands and wouldn’t sell his crispy fried chicken at rival rallies fronted by royalist supporters.

“I do not think I have the same point of view on politics with the Yellow Shirts,” he said, referring to a term used for the pro-monarchy bloc.

As his chicken thighs sizzle in a frying pan, Nattapol Sai-ngarm said he is conscious of the risks of doing business in such a dicey environment.

But the economy’s freefall in the face of a coronavirus pandemic has left him without a choice.

“I used to be scared” of a police crackdown, he told AFP. “But I’ve been coming every day so I’ve gotten used to it.”