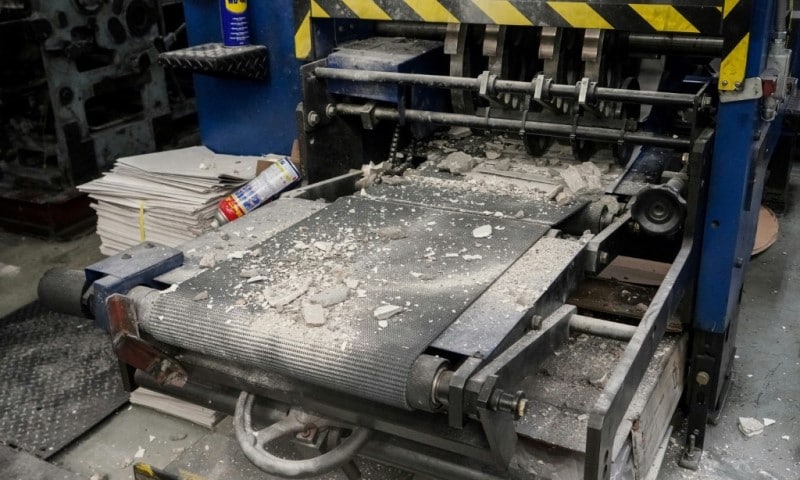 The assault on the Epoch Times was captured on CCTV and comes as China oversees a sweeping crackdown against critics in Hong Kong following huge and often violent democracy protests in 2019.

Footage released by the paper showed four masked men storming into the printing plant in the early hours of Monday morning and smashing up equipment.

They also threw concrete rubble into machinery as terrified staff members looked on. 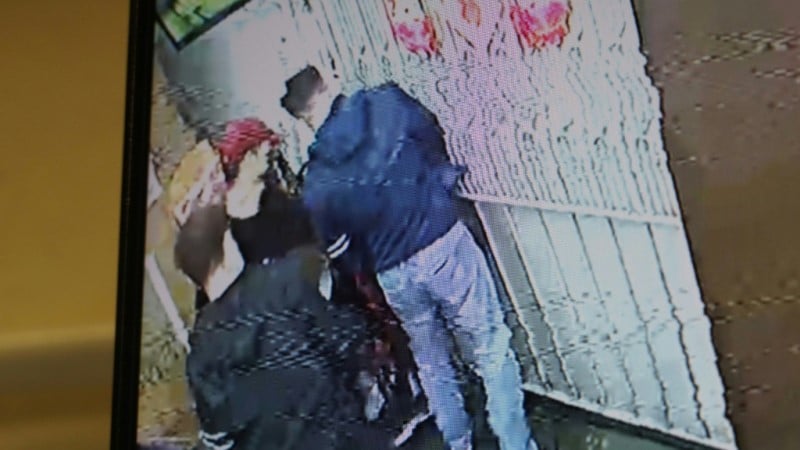 The Epoch Times said the assault knocked out its presses, but vowed to print again soon.

“This incident was to suppress Hong Kong’s freedom of speech and intended to silence media which tells the truth,” Epoch Times spokeswoman Cheryl Ng said in a statement. “We condemn violence and never back down.”

The Epoch Times is linked to Falun Gong, a spiritual movement that is banned in mainland China and prosecuted by authorities there.

Falun Gong however maintains a presence in semi-autonomous Hong Kong and practitioners give the Epoch Times out at street booths.

But it has something of a controversial reputation with detractors accusing it of employing aggressive social media tactics and right-wing misinformation to create a fervently anti-China, pro-Trump media empire.

Trump loyalist Republican politicians were among those who issued statements over Monday’s assault.

“The attack on The Epoch Times’ Hong Kong printing plant today was an act to silence any and all opposition,” Congressman Mike Waltz wrote on Twitter.

The Hong Kong Journalists Association and the Foreign Correspondents’ Club of Hong Kong both condemned the attack.

Hong Kong Police confirmed its organized crime unit had taken over the case and that no arrests had been made so far.

“Police received a report saying that the suspects claimed the staff from the above company owed loans and used hammers to destroy five computer screens and one printer,” the force said.

But Ng, the paper’s spokeswoman, said that was news to her.

“As far as I know, there is no such debt situation,” she told AFP.

Violent attacks on the media in Hong Kong are rare but not unheard of.

Journalists and editors critical of Beijing have previously been assaulted, often by assailants with links to organised crime. 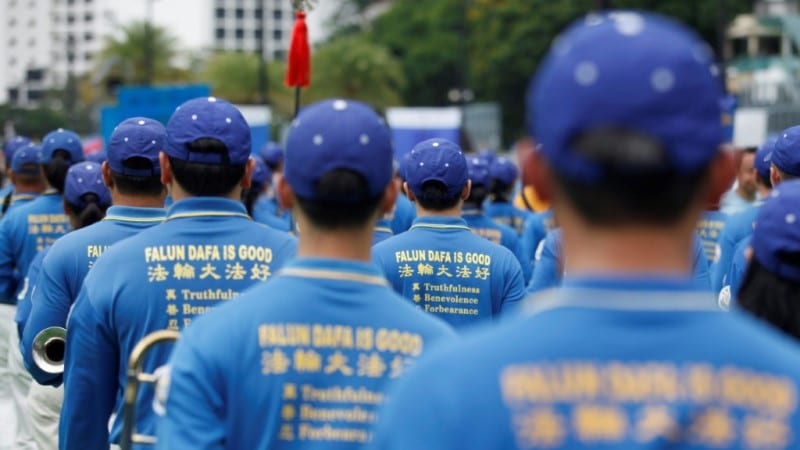 The Epoch Times is handed out by members of Falun Gong, a spiritual movement that is banned in China

In 2014 former Ming Pao newspaper editor Kevin Lau was nearly killed in a machete attack by two men who said they were paid to “teach Lau a lesson”.

During pro-democracy rallies in 2019, a reporter of China’s state run Global Times tabloid was also assaulted by protesters.

The city remains a major Asian media hub with a vibrant local press and many international outlets hosting regional headquarters.

But it has slid down media freedom rankings in recent years as Beijing seeks to assert more control over the city’s restless population.

Pressure on the media has intensified in the aftermath of 2019’s protests with authorities wielding a new national security law to curb dissent and pushing a campaign to ensure only “staunch patriots” run the city.