Escape From Myanmar: How a Reporter Fled to Safety in Spain 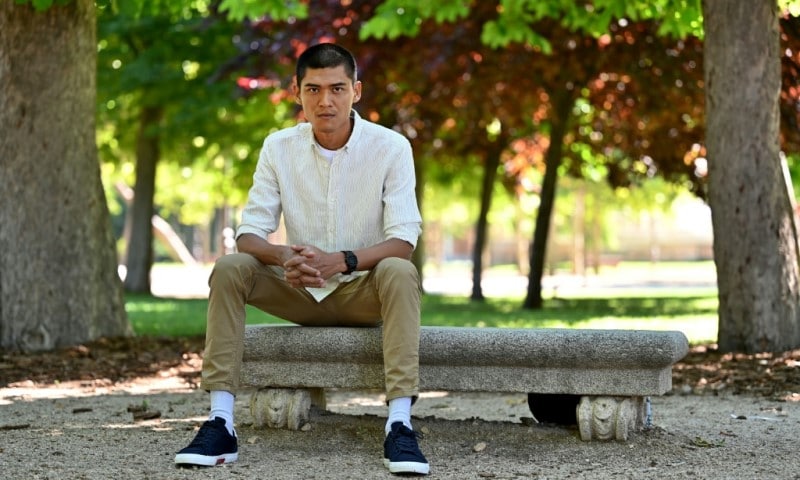 It was only when he boarded the plane that would fly him to Europe that Mratt Kyaw Thu finally felt safe for the first time since Myanmar’s military coup on February 1.

It had been an arduous few months for the journalist who quickly found himself on the military junta’s wanted list for his reporting of its deadly crackdown on anti-coup protesters.

“I felt safe when I was on the plane, after passing immigration in Thailand, that was the moment when I felt a little bit freer,” he told AFP in Madrid, where he arrived on June 1 and is now applying for asylum.

In the more than four months since the coup plunged Myanmar into chaos, there have been near-daily protests across the country that have been brutally crushed by the military. 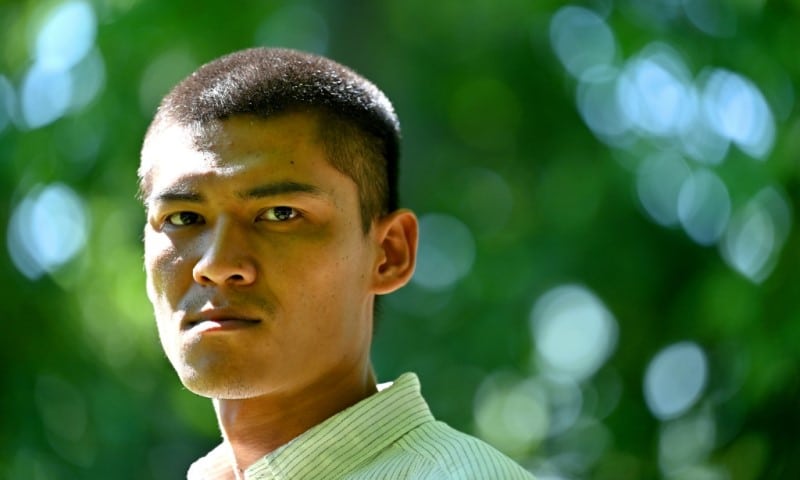 More than 800 people have died in the crackdown, according to a local monitoring group.

And journalists have found themselves on the frontline, with troops rounding up reporters and shutting down six publishing houses and four digital media outlets.

Aged 30, Mratt Kyaw Thu rose to prominence after the coup for his criticism of the junta online.

He has written widely on Rohingya issues and won AFP’s 2017 Kate Webb award for his outstanding coverage of the ethnic and religious conflicts in Myanmar.

Before the coup, journalists had faced some restrictions while working, but after the takeover things became much worse.

“In the first week, the military began arresting all the prominent journalists and activists, because they thought if they did that, there would be no more big protests,” he told AFP.

Fearing arrest, Mratt Kyaw Thu left his apartment on February 12 to stay with friends. And he never went back.

“Most journalists did that,” he said.

From early on, reporters were under huge pressure from the junta but also faced mistrust from the people who were desperate to know what was going on but suspicious of the widespread fake news that was circulating.

With pro-military informers pretending to be journalists, real reporters were viewed with suspicion by protest leaders and had to change mobile numbers often to avoid detection by the junta.

Caught up in the crackdown, many reporters fled to the countryside or abroad, he said.

According to monitoring group Reporting ASEAN, 87 journalists have been arrested so far, with 51 still in custody in figures correct to June 3.

Among them is American journalist Danny Fenster of Frontier Myanmar — a news outlet where Mratt Kyaw Thu also published his work — who was arrested on May 24.

So far, three have been charged with “causing fear” and spreading “false news” which carries a penalty of up to three years in jail.

Myanmar ranked 140 out of 180 countries in the 2021 Reporters Without Borders Press Freedom Index.

They’re Coming For You

On the streets, things were getting progressively worse, with protesters facing a relentless campaign of military violence in which troops would often barge into people’s homes.

“We’re all just waiting for the knock on the door. Sometimes you hear footsteps on the stairs, and it’s like they’re coming for you: you have this feeling all the time,” Mratt Kyaw Thu said.

“Even heavy rain can make people fearful because it sometimes sounds like gunfire.”

One particularly horrific image still haunts him — that of a murdered activist from Aung San Suu Kyi’s National League for Democracy.

“He was arrested and killed in custody by pouring boiling water down his throat,” he said, describing an image of the victim’s face as grotesquely swollen and mutilated.

Until that point, nobody had been overly worried about being arrested but now there was the very real threat of torture.

“So I realized I shouldn’t be arrested.”

Days later, a friend called to warn him that soldiers from a unit known for a brutal crackdown on the Rohingya — a persecuted Muslim minority group — were conducting searches in the street outside his apartment.

“My friends took a picture and sent it to me saying: ‘You should leave Yangon right now’.”

Not Safe in Thailand

Despite the military’s lockdown on movement, he managed to reach a township near the Thai border with help from friends, NGOs, ethnic armed groups “and even some ordinary soldiers”.

Even after crossing the border, Mratt Kyaw Thu quickly realized it wasn’t safe there either, fearing the Thai government would deport him back to Myanmar.

After two weeks, he got a visa for Europe and booked a ticket to Madrid through his connections to the Spanish news agency EFE, arriving after a nearly six-week delay in Frankfurt.

Although the odds are massively stacked against them, he’s confident the pro-democracy protesters will succeed, suggesting the revolution “will continue for the next year or two”.

“My friends and some doctors and teachers joined the people’s defense forces to fight against the military while I’m here, and that kind of makes me feel guilty,” he said.

“But on the other hand, if all the journalists are fighting against the military, who will write the news?”