Fireworks Explode Across Japan to Cheer up Virus-Weary Public 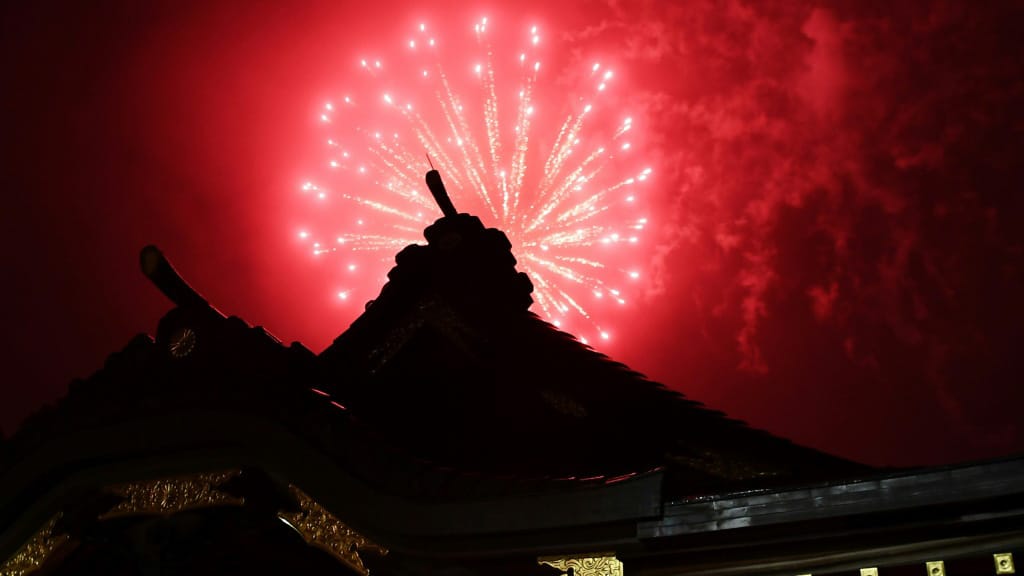 Fireworks explode over the Ookunitama Jinja shinto shrine in Tokyo

Dozens of fireworks displays erupted simultaneously across Japan on Monday to cheer up the public, urge the gods to end the coronavirus pandemic and provide practice for struggling pyrotechnic artisans.

More than 160 manufacturers launched their displays at precisely 8:00 pm (1100 GMT) at secret locations across the country for a five-minute display called “Cheer up Hanabi” (fireworks).

In an era of social distancing, the synchronized shows were designed to be long enough for people to rush to balconies or doorsteps to see them but too short for people to race to the launch sites.

With traditional summer festivals cancelled due to the coronavirus, fireworks artisans said they wanted to bring light to the skies during these dark times.

“Historically fireworks in Japan have been launched to pray for the eradication of plagues and to console the spirits of the deceased,” Tokyo craftsman Kouhei Ogatsu, 38, told AFP. 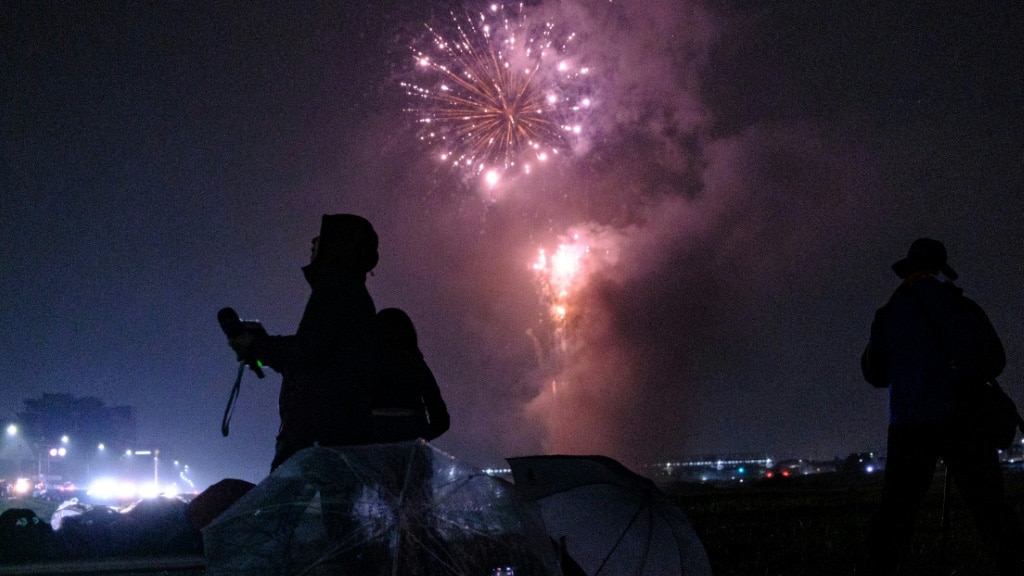 More than 160 fireworks manufacturers launched their displays at precisely 8:00 pm (1100 GMT) at secret locations across Japan for a five-minute show to cheer up a virus weary public

“In the business we have been discussing what we can do in this society that has been changed so much by the coronavirus,” and decided to hold shows nationwide to cheer up the public, he said.

The pandemic has been particularly harsh for fireworks producers who spend all year making and testing their crafts and now are unable to sell them because summer festivals have been called off, said Ogatsu, whose family has run a fireworks business in Tokyo since 1864.

Artisans need to keep making fireworks in order to maintain their skills. But they can only keep a certain amount of gunpowder by law, forcing them to search for ways to use their stock but avoid encouraging crowds. 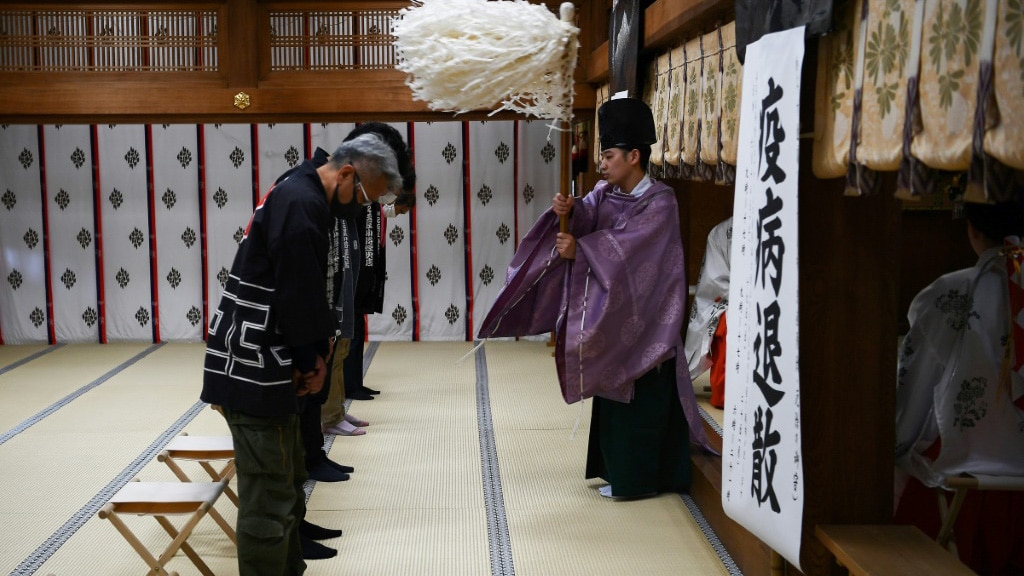 Before the fireworks display begins, the Ookunitama Jinja shinto shrine in Tokyo holds a ceremony to tell the gods their wish for the virus to end

Even before the coronavirus spelled the end for many summer festivals, several fireworks displays had been rescheduled or cancelled due to the Tokyo 2020 Olympics.

Now that the Games have been postponed until next summer, displays could be pushed back yet another year to free up resources such as security guards for the sporting event.

“For fireworks manufacturers, the exit from the pandemic is far, far away,” Ogatsu said.

Hours before the show began, Ogatsu’s staff carefully placed their fireworks in metal launchers at the Ookunitama Jinja shinto shrine in Fuchu city, a Tokyo suburb, as a gentle rain fell.

The shrine held an elaborate prayer ceremony to bless the team and to tell the gods their wish for the virus to end.

The crew also inserted written messages praying for the end of the pandemic into the fireworks.

At the shrine, Ogatsu’s team fired 15 volleys into the sky, which burst up to 70 metres (230 feet) wide in a cascade of colorful sparks.

His company launched a total of nearly 100 fireworks from four locations across eastern Japan.

“Of course I don’t think the coronavirus will disappear with our fireworks. But we wanted to do this and hope something good will come out of it,” he said after the event.

“The very purpose of fireworks is to bring out crowds and be seen by people. But we must not create crowds.”