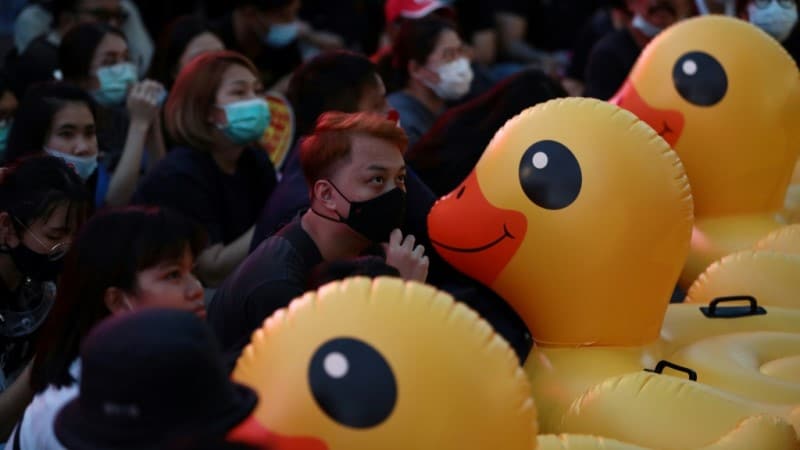 Thailand’s ‘rubber duck revolution’ is calling for a new constitution, reforms to the monarchy and the resignation of Prime Minister Prayut Chan-o-cha, who came to power in a 2014 coup

On top of a giant yellow inflatable duck, a rebel Buddhist monk in saffron robes displayed a defiant three finger salute at a pro-democracy protest in central Bangkok.

Scores of the pool toys bobbed through a crowd some 20,000 strong on Wednesday as activists descended on the Thai national police headquarters to throw paint and scrawl obscene anti-royal slogans on the streets.

The cute yellow birds are fast becoming a symbol of the Thai protests after demonstrators used them a day earlier as shields against the burning spray of police water cannon and tear gas at a rally near parliament.

Tuesday saw the most violent confrontations since the rallies kicked off in July — six people were shot during scuffles between royalists and democracy activists. 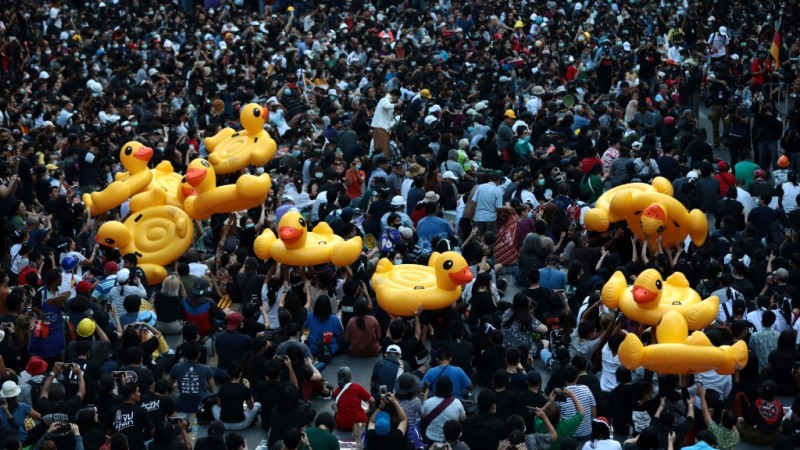 The youth-led movement is demanding a new constitution, making unprecedented calls to reform the untouchable monarchy, and for the resignation of Prime Minister Prayut Chan-o-cha, who came to power in a 2014 coup.

“If the politics are good, ducks will only be used in the pool,” one Twitter user remarked.

“Here you go, the most terrifying weapon from the protesters’ side: an inflatable duck,” a Facebook user wrote.

“Duck is a fighter, no matter how much people bully him, he still keeps smiling,” a Thai man tweeted alongside a picture of a battered and slightly deflated duck.

The duck protest appearances have also inspired a bevy of artwork.

“Rubber ducks are very fragile and I think it is not a fair fight at all but I think this act shows the protesters’ fearlessness and strength to fight back,” he told AFP.

“That’s why I drew the duck as a strong animal who protects protesters and is not afraid of dictatorship.”

The inflatable pool ducks are retailing on Lazada Thailand, an online shopping portal, for 499 baht ($15). 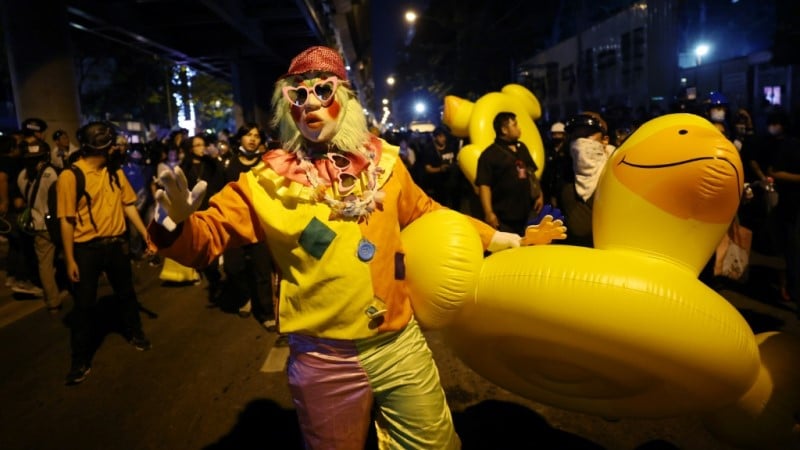 It’s not the first time the bathtime buddies have been used as symbols of defiance and protest. 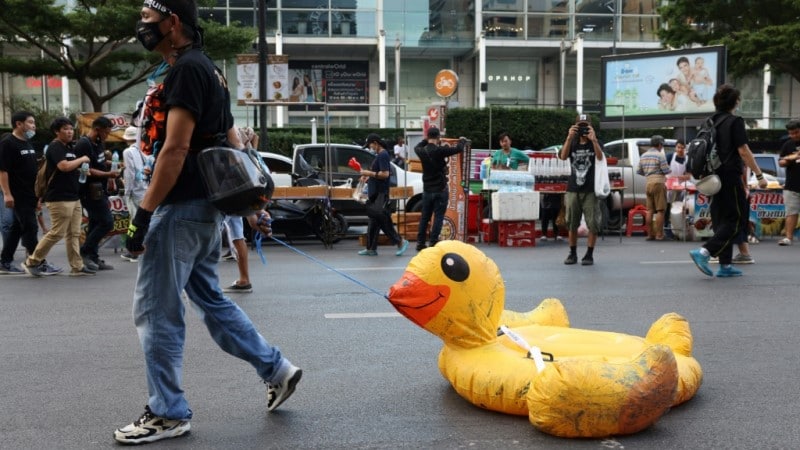 A protestor walks with an inflatable duck during a rally in Bangkok. Inflatable ducks have also featured in protests in Brazil and Russia

Giant inflatable rubber ducks featured in protests in Brazil in 2016 during a push to impeach then-president Dilma Rousseff and highlight the economic “quackery” of her government amid a downturn.

And they also became a symbol of protest in Russia in 2017 when it emerged then-prime minister Dmitry Medvedev had multiple luxury estates including one that featured a special house for ducks on a pond.