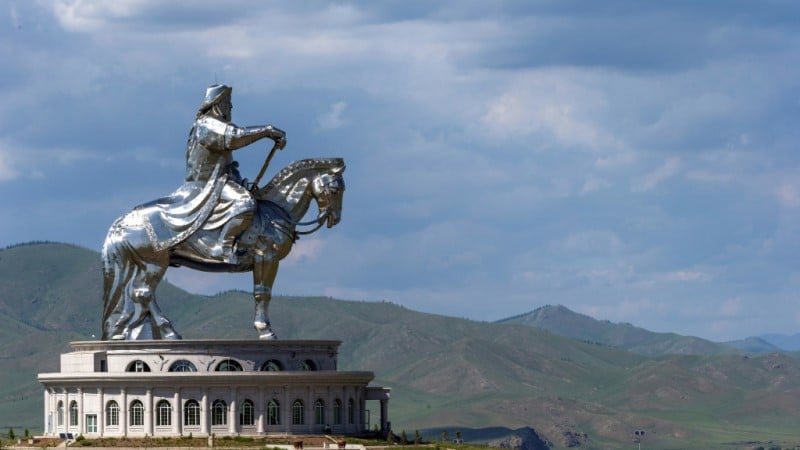 A French museum won backing from scholars on Tuesday for its decision to halt an exhibition about Mongol leader Genghis Khan because of a censorship attempt by the Chinese government.

The history museum in the western French city of Nantes announced Monday that it was delaying the opening of the exhibition about the legendary founder of the 13th-Century Mongol Empire by more than three years.

Preparations for the show, planned in collaboration with the Inner Mongolia Museum in Hohhot, China, ran into trouble after the Chinese Bureau of Cultural Heritage pushed for changes to the original project plan, “including notably elements of biased rewriting of Mongol culture in favor of a new national narrative”, the Nantes museum said.

The Chinese authorities demanded that certain words, including “Genghis Khan,” “Empire” and “Mongol” be removed from the exhibition, and later asked for control over exhibition texts, maps, brochures and communication, the museum said.

The dispute coincides with a tougher Chinese line against ethnic Mongols, who account for about 6.5 million of China’s 1.4 billion inhabitants and mostly live in the northern province of Inner Mongolia.

The province has seen weeks of protests and school boycotts over a policy requiring schools to teach politics, history, and literature in Mandarin rather than the local language.

“The Chinese regime bans historical narratives that don’t match its official narratives. And tries to do the same abroad,” tweeted Valerie Niquet, an Asia specialist at France’s Foundation for Strategic Research.

“The Nantes museum and Hohhot museum had good working relations until Beijing changed its policies and tried to impose its narrative abroad,” he added.

The “hardening this summer of the Chinese government’s position towards the Mongol minority” prompted the halt of the exhibition, the museum said.

“We decided to stop this production in the name of the human, scientific and ethical values that we defend,” museum director Bertrand Guillet said in a statement.

The show, which was to open next week, had already been pushed back to the first half of 2021 because of the coronavirus crisis.

But the museum said it was now “forced to delay this exhibition until October 2024”.

This would give it time to build a new exhibition, featuring works from European and American collections.