Frenchman Facing Death in Indonesia for Molesting Hundreds of Kids 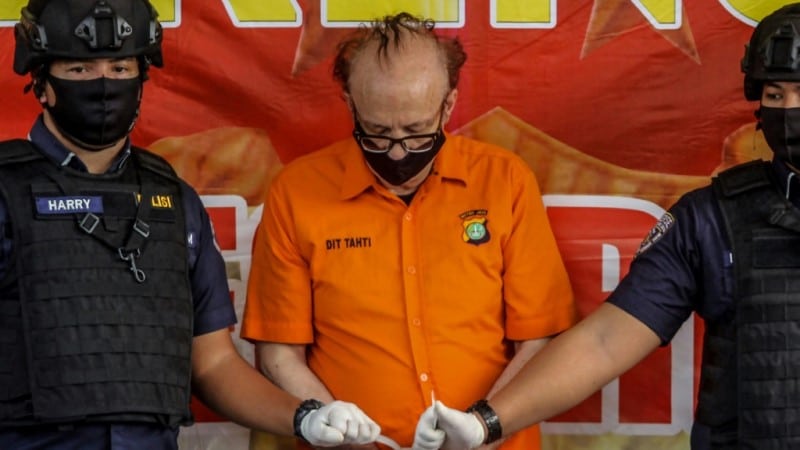 A French retiree could face the death penalty in Indonesia on charges that he molested over 300 children and beat those who refused to have sex with him, authorities said Thursday.

Police said they nabbed Francois Camille Abello, 65, last month at a hotel in Indonesia’s capital Jakarta, where they found two underaged girls in his room.

Abello could face life in prison or even execution by firing squad if he is convicted on a raft of charges under Indonesia’s child protection laws, including accusations that he filmed the illicit encounters.

Police said they had found videos on Abello’s laptop computer that showed him engaging in illegal sex acts with hundreds of children aged between 10 and 17.

The pensioner had entered the Southeast Asian nation on a tourist visa several times over the past five years, according to police.

“He would approach children and lure them by offering them work as models,” Jakarta police chief Nana Sudjana told reporters Thursday.

“The ones who agreed to have sex with him would get paid between 250,000 and one million rupiah ($17-70). Those who didn’t want to have sex would be beaten, slapped and kicked by the suspect,” he added.

Police said they believed Abello had been molesting Indonesian children for years and that there may be more victims.

As many as 70,000 children are victims of sexual exploitation annually in Indonesia, according to global anti-trafficking network ECPAT International.

American fugitive Russ Medlin, wanted at home in connection with a $700 million cryptocurrency scam, was arrested in Jakarta last month on allegations he paid underaged girls to have sex with him.