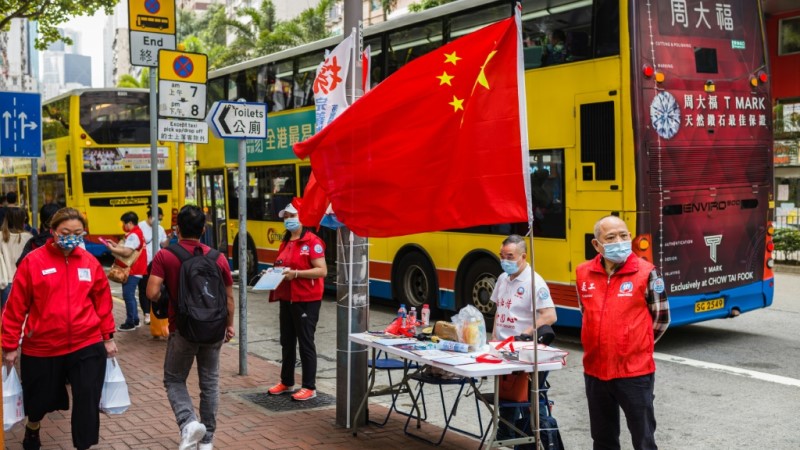 Group of Seven powers on Friday demanded that China honor commitments in Hong Kong and end “oppression” against democratic activists after Beijing forced sweeping changes of the city’s election system.

Beijing’s rubber-stamp parliament on Thursday passed reforms that said that only “patriots” can run the city, which was guaranteed a separate system before Britain handed over control in 1997.

“Such a decision strongly indicates that the authorities in mainland China are determined to eliminate dissenting voices and opinions in Hong Kong,” Britain, Canada, France, Germany, Italy, Japan and the United States as well as the European Union said in a joint statement.

The G7’s top diplomats said they “call on China and the Hong Kong authorities to restore confidence in Hong Kong’s political institutions and end the unwarranted oppression of those who promote democratic values.”

“The people of Hong Kong should be trusted to cast their votes in the best interests of Hong Kong. Discussion of differing views, not silencing of them, is the way to secure the stability and prosperity of Hong Kong,” they said.

Beijing has brushed aside earlier international warnings on Hong Kong and last year pushed through a draconian security bill used to detain activists.

The actions came after Hong Kong was rocked by massive and sometimes violent protests in 2019 against Beijing’s encroachment on the financial hub’s unique freedoms.