Grueling Journey to Kashmir’s Remote Mountain Town to Get Online

by Parvaiz Bukhari
Every day the train to Kashmir's remote cyber oasis Banihal is packed as people travel for hours to get online in the disputed region where internet has been cut for five months.

The mountain town of fewer than 4,000 people has six internet cafes, which are booming due to a security clampdown by the Indian government.

“The speed is very slow,” admitted Irfan, manager of one of the cafes where customers pay up to 3,000 rupees ($40) an hour to link their laptop to the snail’s-pace broadband.

“Scores of Kashmiris, mostly students and income tax professionals, come visiting every day,” said Irfan, who only gave one name.

In early August New Delhi made a sudden move to axe Kashmir’s semi-autonomous status, shutting down communications and sending tens of thousands of extra troops into what was already one of the world’s most militarized zones. 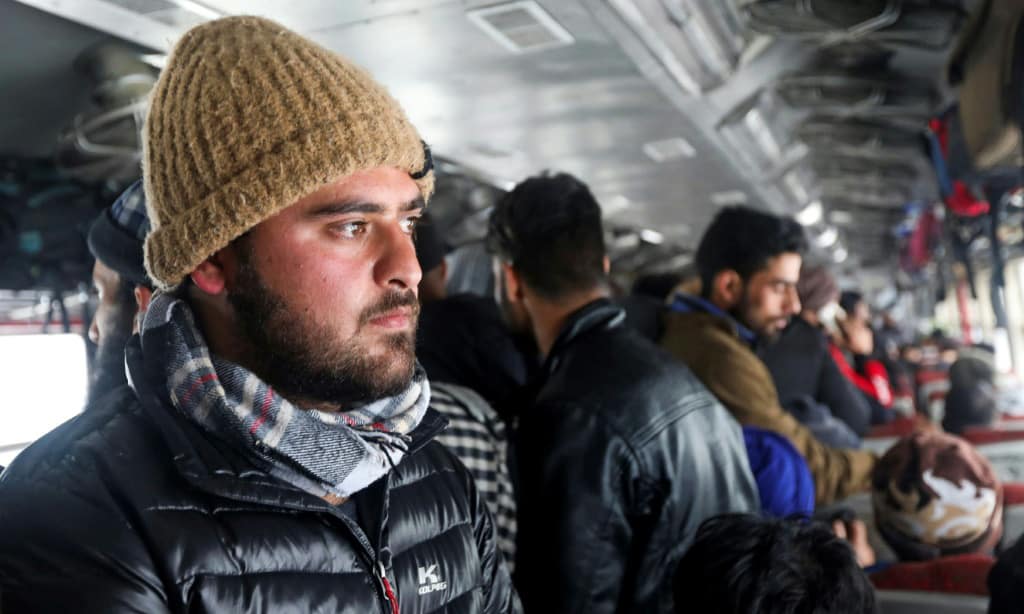 Banihal, a two-hour train ride from Kashmiri capital Srinagar, is the nearest town with internet access

While phone calls and very limited text messages are now possible, the internet is still down.

Forcing people offline has crippled the economy and made it impossible to pay utility bills, make applications or just send a message to family outside the stricken zone.

Some Kashmiris make special trips to New Delhi or Jammu city – an eight-hour drive from the regional capital Srinagar — to connect.

Banihal, a two-hour train ride from Srinagar, is the nearest town with any access.

The government said it cut phones and the internet to prevent unrest in Kashmir, where an insurgency in the past three decades has left tens of thousands dead. India blames Pakistan, which also claims Kashmir, for the troubles.

To get to Banihal, students Bhat Musaddiq Reyaz and Aqeel Mukhtar fought their way onto a train at Awantipora — a town more than 100 kilometers (60 miles) away, south of Srinagar in the Kashmir valley.

“I tried getting internet at a government kiosk set up in my district but I waited for two hours on two different days and never got a turn,” said Reyaz as he waited for the train.

The 19-year-old wanted to register for exams to gain access to a graduate medicine course. Mukhtar, 25, recently completed a degree in education and wanted to apply online for scholarships. 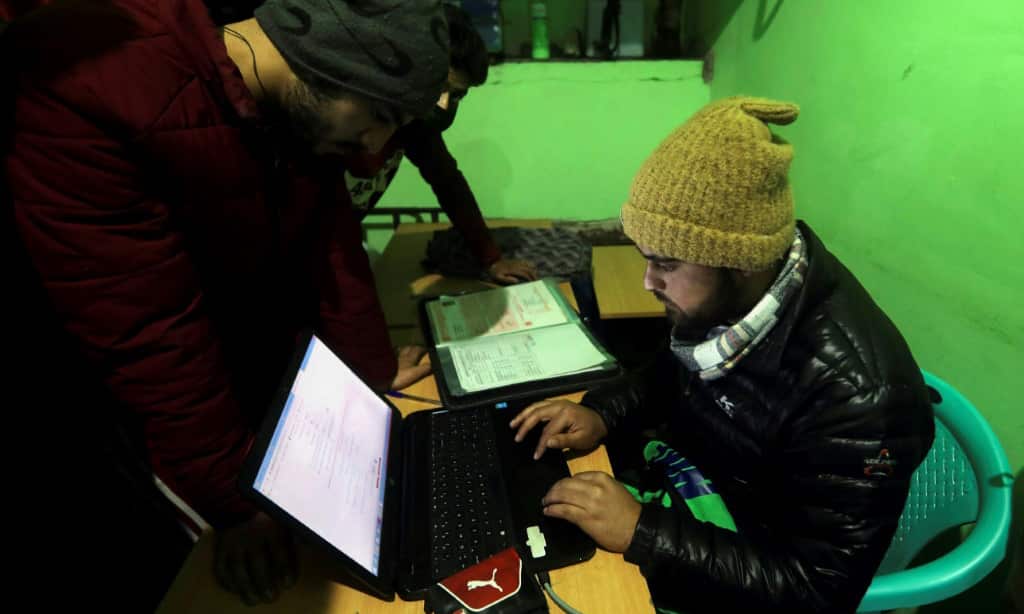 “It is a complete hassle to have to travel so much just to send applications online,” said Mukhtar.

The two students took two hours on one train and then had to change to another which was another 90-minute standing trip to Banihal.

They waited in the snow for a bus to take them from the station to the town and its prized internet cafes in a crowded lane.

Reyaz was able to complete his task. But when the pair returned to the railway station for the long trip home they were told the last train had been canceled due to snow on the tracks.

No taxis would take them but after a few hours, a truck driver heading to the Kashmir valley finally offered a lift. The truck also became stuck in the snow and the students had to sleep there for the night. 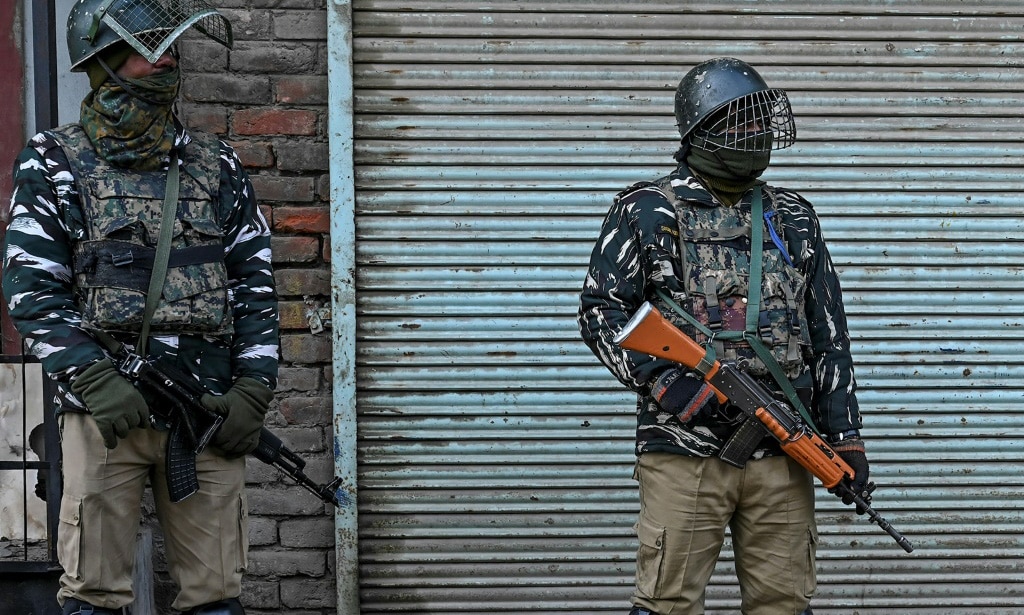 Traffic was still halted the next day and the students had to walk 10 kilometers past stranded cars and trucks to get back to Banihal railway station.

There, they waited seven hours for the only train that left that day.

Reyaz called his trek to make his application “unbelievable”.

“Something that would take me half an hour at home, took me two grueling days,” he said.

“I will never do this ever again in my life,” added Mukhtar.