Guns and Social Media: The Soldier behind Thailand’s Mass Shooting 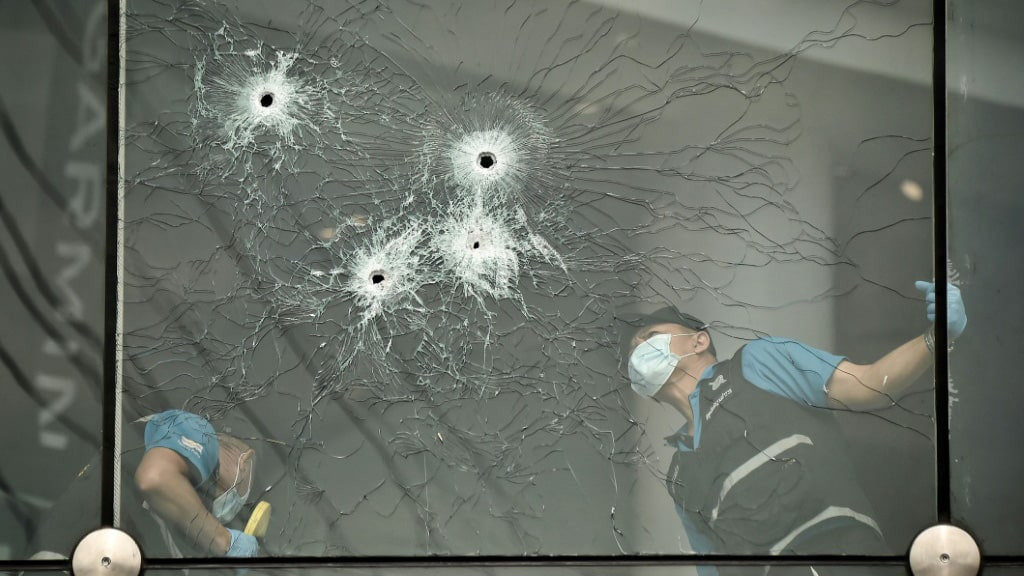 The ‘pings’ from the metal targets at a gun range ring out as a baby-faced shooter smiles for the camera — a chilling prelude to the mall massacre by a Thai soldier who shared his prowess as a marksman on social media.

But more than a day after he was shot dead following a near 17-hour shooting spree that killed 29 people and left dozens more wounded, the killer — Jakrapanth Thomma — remains something of an enigma.

The Thai army, powerful yet reliant on conscripts and the projection of discipline, has released few details about the 31-year-old, blaming his meltdown on a “personal dispute” over debt.

“He didn’t have a bad record, only this time,” army spokesman Colonel Winthai Suvaree told AFP. 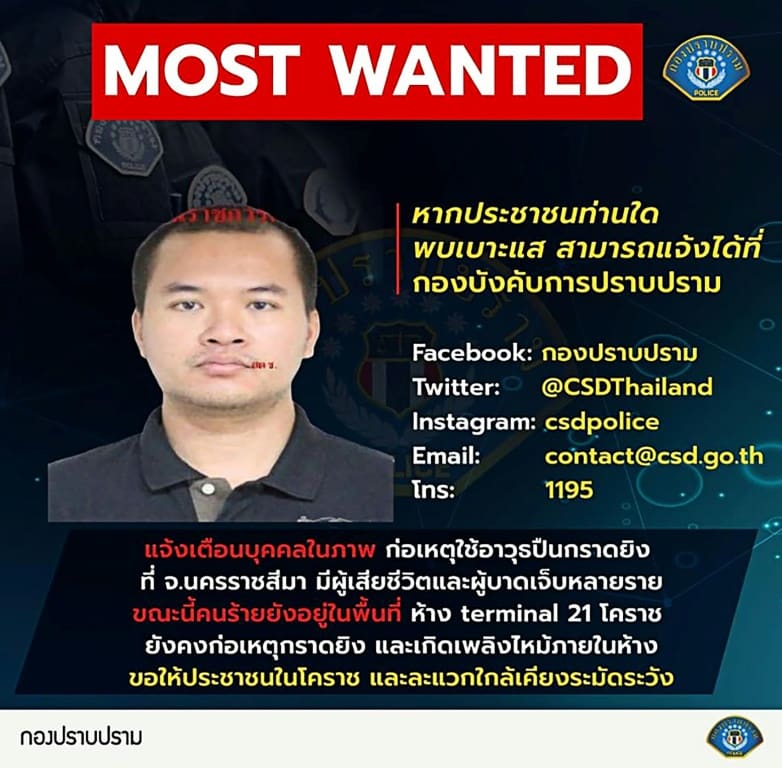 Even Thailand’s gossip-prone local media has so far shied away from sharing rumors about him, while Facebook was swift to shut down his account as the shooting unfolded.

What is known is the gunman was a Sargeant-Major from Chaiyaphum province with a penchant for posting photos and videos with weapons and combat gear on Facebook — a social media obsessive with no filter for his love of guns.

One photo has the caption “Call of Duty” — the name of a popular immersive first-person shooter game — while another is of a revolver with a Buddhist amulet wrapped around it.

After graduating from high school, Jakrapanth joined the Surathampitak military camp in the northeastern city of Korat, officially known as Nakhon Ratchasima. 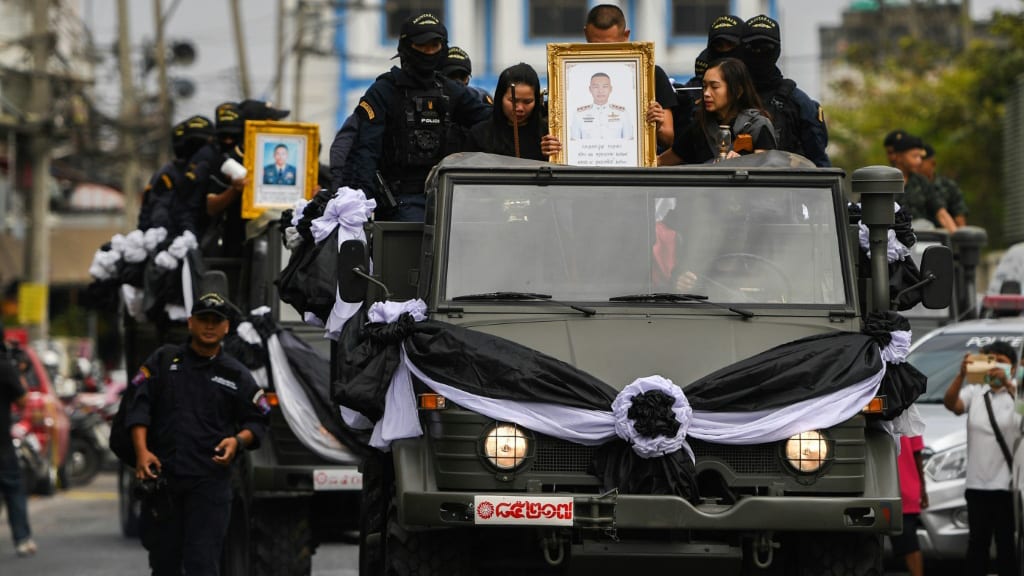 The coffins of SWAT team members Trakool Tha-arsa and Petcharat Kamjadpai, who were killed in a mass shooting, are taken to an air base in the Thai northeastern city of Nakhon atchasima

On Saturday he went on a rampage, turning the city into an urban warzone and chronicling the carnage in live Facebook updates that drew comparisons with the 2019 attacks on mosques in Christchurch, New Zealand.

He first stole weapons from the camp’s arms depot, killing a soldier as he raided the arsenal — a place he knew well after working as a squad leader there.

During his rampage he appeared to have picked off victims with deadly accuracy, including shots to the head that left some survivors needing brain surgery.

To add to the horror of the attack, he live-streamed slivers of it on Facebook where he also mused callously about the fate of his victims.

“Damn I got a cramp”, he posted. “However no one can avoid death.”

One of his last posts screams with fury at being wronged.

“Getting rich from cheating, taking advantage from others, they must think that money can be spent in hell,” he wrote.

In an interview with a Thai television station, a man claiming to be a friend said the money at stake must have been substantial to have provoked such rage.

Thailand’s prime minister said Jakrapanth had psychologically unraveled after believing he had been deprived of a commission related to the sale of a property.

“This man had problems, even his friends didn’t know about it,” premier Prayut Chan-O-Cha told reporters.

But the real motive may have vanished with his life in the basement of the mall on Sunday as commandos closed in after an atrocity without precedent in Thailand.

by Dene Chen in Nakhon Ratchasima and Joe Freeman in Bangkok