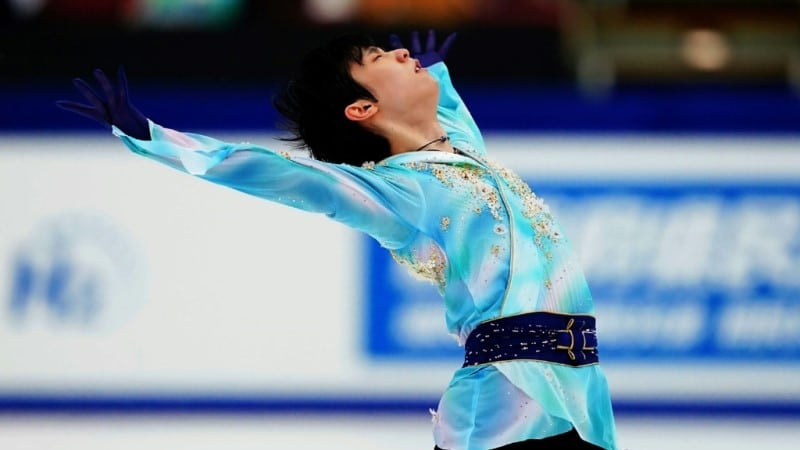 Two-time Olympic figure skating champion Yuzuru Hanyu crowned his comeback from a 10-month layoff with a commanding victory at the Japanese national championships on Saturday.

Hanyu, who had been out of action since February after deciding his asthma made competing in this season’s Grand Prix series too risky amid the coronavirus pandemic, blew the competition away in Nagano with an effortlessly graceful free skate for an overall score of 319.36.

The win gave the 26-year-old superstar his first national title since 2015 and earned him a place at next spring’s world championships in Stockholm.

“Last year was very frustrating for me, and a part of me is happy that I was able to take revenge,” said Hanyu, who finished second at last year’s nationals.

One day after unveiling a new high-octane short programme routine set to Robbie Williams’s “Let Me Entertain You,” Hanyu performed to the more subdued “Heaven and Earth” but still wowed the crowd with his artistry and skill.

He began with a quad loop and a quad salchow before nailing a triple axel into a double toe loop.

Hanyu has been training by himself this year, with his Canadian coach Brian Orser unable to join him because of travel restrictions, and he again sat alone clutching a Winnie the Pooh tissue box as he waited for his scores.

“I’ve been working on my own for a long time and that’s meant I’ve had more worries and anxieties to deal with,” said Hanyu.

“But I haven’t really been alone. Training on my own has made me appreciate the connections I have. Of course I’ve been getting advice from afar, but I’ve taken more strength from the goodwill people have sent me.”

Teenager Yuma Kagiyama, who won the NHK trophy last month in his senior Grand Prix debut, was third with 278.79.

Hanyu endured a disappointing 2019 by his stellar standards, finishing second to Uno at nationals and losing out to American Nathan Chen at the Grand Prix Final.

He will now aim to claim a third world title next spring after booking his place in Stockholm.

“Last year, it felt like I wasn’t developing any more,” said Hanyu. “It felt like there was nothing left to fight for.

“I think I was tired of fighting, and it felt like I could have quit any time. But I’ve come to realize that I enjoy the satisfaction you get from competing and coming through the hard times.”