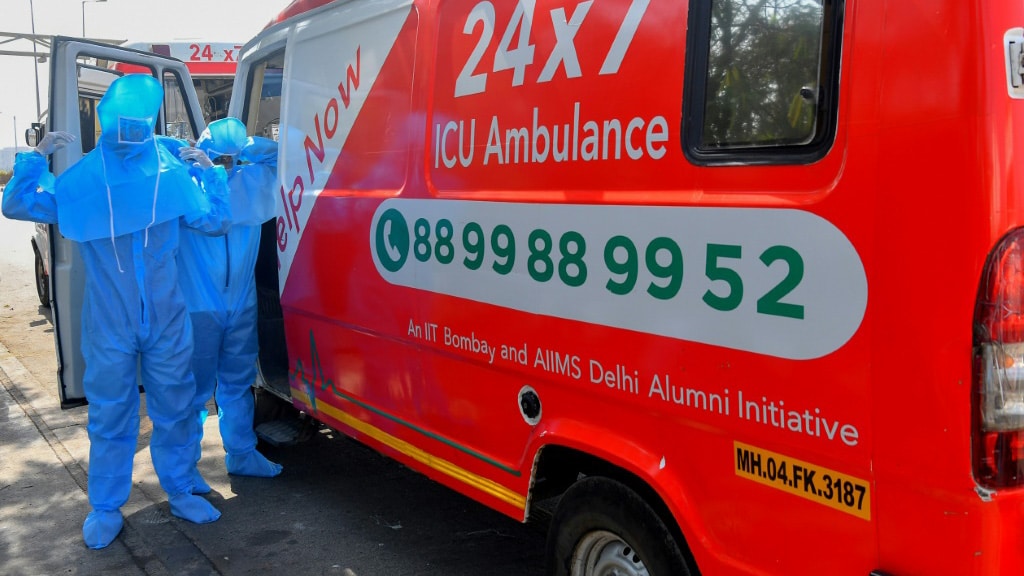 With bodies piling up in wards and patients sharing beds, the coronavirus has crippled Mumbai’s health care system. But an ambulance service launched by three 20-somethings is trying to do its bit.

But even though the non-profit’s services cost as little as a few dollars, many in the teeming slums of the Indian megacity — ideal breeding grounds for the virus — cannot afford to use it.

Aditya Makkar, 20, was inspired to start HelpNow three years ago when his father suffered a cardiac arrest and was told he would have to wait 47 minutes for a government ambulance.

Many others in Mumbai, a city of 18 million where the high-rises of the super-rich soar over the shacks of the dirt poor, are not as lucky.

Together with two former classmates at the elite Indian Institute of Technology, also in their early 20s, Makkar raised money to retrofit mostly rented vans to function as ambulances which hit the streets last year.

Before the pandemic, HelpNow received around 800 calls a month and charged anything between 600 rupees ($8) to 5,000 rupees, depending on the distance and equipment needed, just to cover costs.

But once the pandemic struck, demand skyrocketed, reflecting widespread shortages across the city’s overburdened health infrastructure, with morgues, wards and ambulances running at full capacity.

The jump in calls to HelpNow — more than 4,000 last week alone — has been “way beyond our expectation and our preparedness”, said Makkar, energetic and quick to smile despite surviving on less than five hours of sleep a night.

He has hired 10 more staff to man the phones, and plans to add another 25 vehicles to their 347-strong fleet, with the aim of getting an ambulance to its destination anywhere in Mumbai within 15 minutes or less. 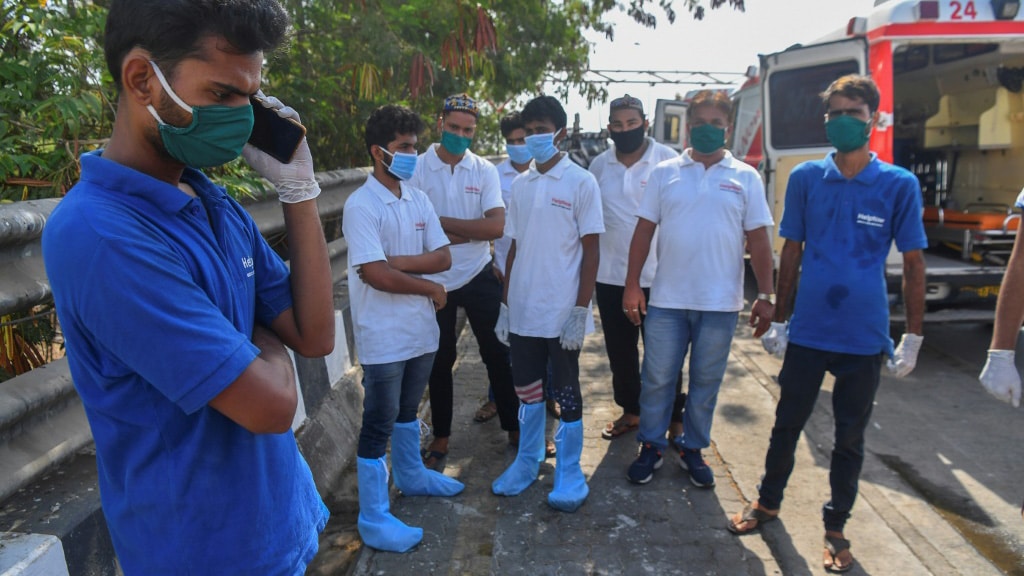 Few have felt the brunt of rising demand as intensely as the drivers — in head-to-toe protective suits — who keep HelpNow’s red-and-white ambulances running.

“Ever since coronavirus hit I work 14-16 hour days. Earlier my shifts used to be eight hours long,” said driver Alam Shaikh, who described the job as “exhausting, but fulfilling”.

Frontline workers like him also face the highest risk of contracting the virus.

The ambulances — equipped with ventilators and oxygen systems — are sanitized after every trip and all workers are instructed to wear protective suits, said Makkar.

But fears linger. Even Shaikh, who told AFP he never worried about his own safety, admitted that he had not seen his family in several weeks because he did not want to risk infecting them.

“I just speak to them on the cellphone,” the 32-year-old said.

“I try to explain to them that if I don’t help people then who will?” 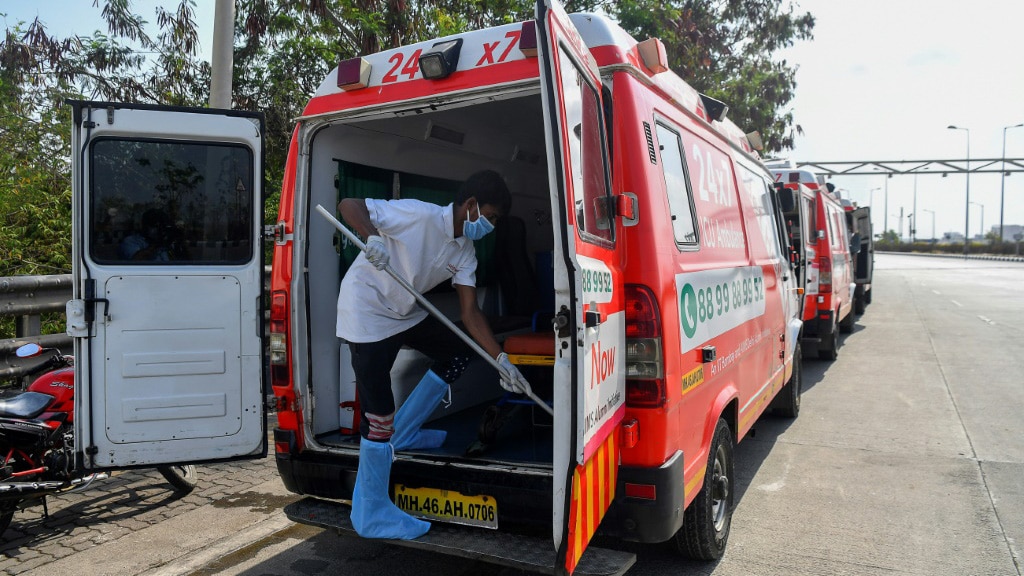 India has seen an upsurge in coronavirus cases in recent weeks, and has now recorded almost 5,000 deaths

India has seen an upsurge in coronavirus cases in recent weeks, and has now recorded almost 5,000 deaths — more than China, where the contagion was first detected.

On Saturday the government announced major relaxations of its lockdown, although in areas with large numbers of cases — such as Mumbai — activities will remain restricted.

Experts have long warned that Mumbai’s densely populated slums and tenements are a health catastrophe waiting to happen, with shared toilets, sometimes eight people to a room and no possibility of social distancing.

“A poor person cannot afford this disease,” said one inhabitant, Imroz Mansoor Khan, who works as a food delivery driver and worries constantly about contracting an infection from a customer.

If he were to fall sick, paying for a private ambulance would be out of the question, the 23-year-old told AFP.

With HelpNow offering just 10 free trips a day to patients who cannot afford to pay, its service remains out of reach for many.

“That definitely is the end goal… to provide (a) completely free, quickest and safest medical response”, said Makkar, who is seeking donations to fund more complimentary services.