‘Himalayan Viagra’ Harvest Shut Down Due to Pandemic

The Yarchagumba caterpillar fungus is found in Nepal’s mountains, and is worth more than gold in China, where herbalists believe it boosts sexual performance

The lucrative annual trek to harvest a caterpillar fungus nicknamed “Himalayan Viagra” that can fetch three times the price of gold in China will be banned amid Nepal’s coronavirus lockdown, officials said Thursday.

Yarchagumba, which means “summer plant, winter insect” in Tibetan, is found for a few weeks above 3,500 meters (11,550 feet) and forms when the parasitic fungus lodges itself in a caterpillar, slowly killing it.

Harvesting the cone-shaped Ophiocordyceps sinensis is highly profitable and every spring, houses and schools empty as thousands of villagers make the sometimes perilous journey up into the mountains to collect it. 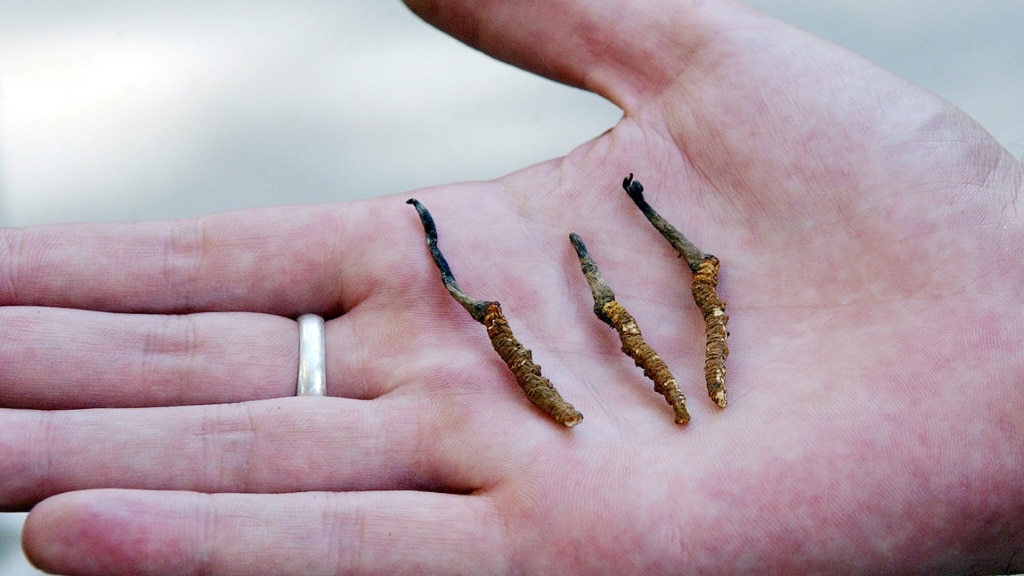 Many Himalayan communities are financially dependent on collecting and selling the fungus, with some earning most of their yearly income from a few weeks of harvesting that usually begins in early to mid-April

But officials said the restrictions imposed by Nepal’s nationwide lockdown meant harvesting the fungus would be banned this year. Many districts have already prohibited collectors.

“All local units have been asked not to issue permits for collection of yarchagumba this year,” Umesh Pandey, chief of Bajhang district in far west Nepal, told AFP.

Many Himalayan communities are financially dependent on collecting and selling the fungus, with some earning most of their yearly income from a few weeks of harvesting that usually begins in early to mid-April.

But with the snowline yet to retreat, the harvest period this year has been delayed.

In Nepal alone, about three metric tons of yarchagumba is collected every year, the country’s central bank said in a 2016 report.

People in China and Nepal have in the past been killed in clashes over the elusive fungus.

No definitive research has been published proving its beneficial qualities, but Chinese herbalists believe it boosts sexual performance.

Boiled in water to make tea, or added to soups and stews, it is said to cure a variety of ailments from fatigue to cancer.

Researchers say the purported wonder drug can fetch up to three times the price of gold in Beijing.

To grow, it needs a specific climate with winter temperatures below freezing but where the soil is not permanently frozen.

Experts say that over-harvesting and climate change has made it harder to find over the years.