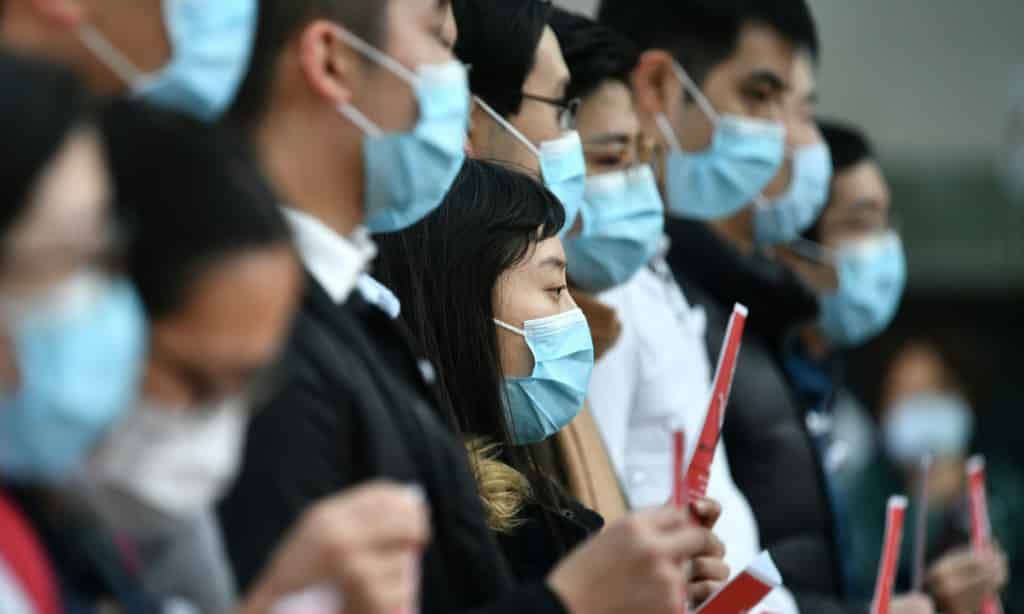 by Jerome Taylor
Hundreds of Hong Kong medical workers walked off their jobs on Monday, demanding the city close its border with China to reduce the coronavirus spreading -- with frontline staff threatening to follow suit in the coming days.

The financial hub has 15 confirmed cases of the disease, many of them brought over from the Chinese mainland where the epidemic began and has so far killed more than 360 people.

Authorities have argued that doing so would be discriminatory, economically damaging and go against advice from the World Health Organization.

Instead, the city government has closed some crossings with arrivals down some 50 percent since last week.

But there is growing public anger in a city that maintains a deep historical mistrust of the mainland after the 2003 SARS outbreak — which was initially covered up by Beijing — killed nearly 300 Hong Kongers. 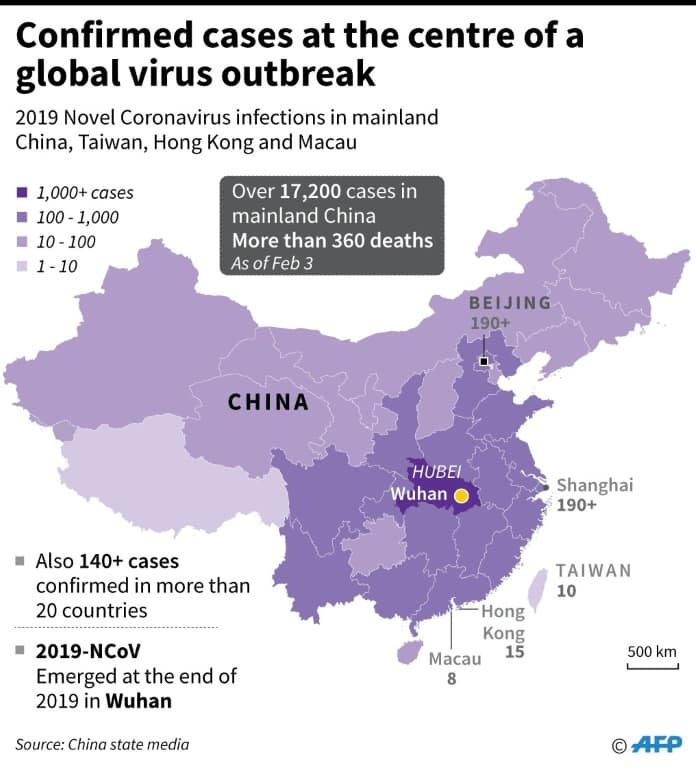 Thousands of members of a newly formed medical worker union voted Saturday to strike unless their demand for the border to be closed was met, with the first group downing tools on Monday.

The first strikers are “non-essential” staff but the union has said frontline workers, including doctors and nurses, will walk out on Tuesday if their demands are not met.

Staff gathered outside hospitals across the city on Monday morning, handing white ribbons to colleagues encouraging them to join the strike action.

“If there is no full border closure, there won’t be enough manpower, protective equipment, or isolation rooms to combat the outbreak,” Winnie Yu, chairwoman of the 9,000 member Hospital Authority Employees Alliance, told reporters.

Talks with the government broke down on Sunday after the union said city leader Carrie Lam had decided to not attend discussions in person. 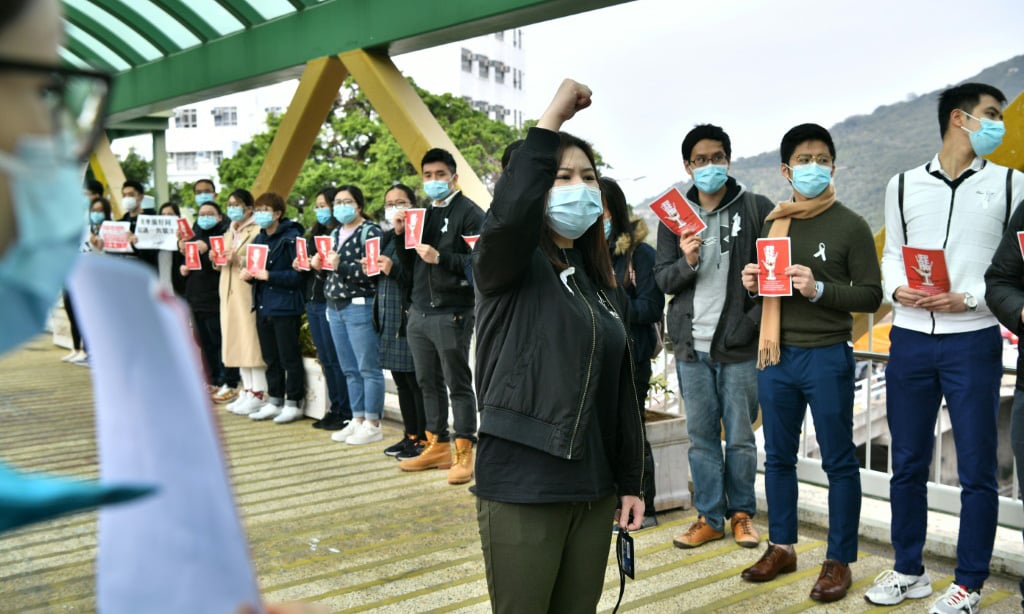 The Hospital Authority, which employs some 75,000 people, said it sympathized with calls to lower the risk of new infections but was opposed to industrial action, saying patients would suffer.

It warned half of pre-booked operations would be canceled or delayed by the strike.
Hong Kong’s government called on workers to “reconsider their decision, continue to safeguard Hong Kong with their professionalism and together win the battle against the disease”.

Some 13,400 mainlanders entered Hong Kong on Saturday, down from 27,800 three days earlier before the partial checkpoint closures were announced.

More than 100,000 Hong Kong residents are also returning to the city each day, some 56,000 via land crossings with the mainland.

Criticism of the Lam administration’s decision not to seal the border has come from opposition lawmakers and some medics — but also from her own pro-Beijing camp.

“We think the government should take decisive and strict immigration control measures to minimize the chances of the virus coming into the city,” Starry Lee, from the pro-establishment DAB Party, told reporters on Monday.

The virus outbreak comes at a politically precarious time for Lam who has record-low approval ratings after deploying riot police to face down seven months of sometimes violent pro-democracy protests.

Animosity towards Beijing and mainlanders has also risen steeply in recent years in lockstep with Hong Kongers pushing for democracy.

Many in Hong Kong feel an increasingly authoritarian Beijing is clamping down on the city’s freedoms.

And they also resent economic pressures caused by the influx of mainland immigrants and day-trippers, something that has helped ramp up prices of everything from pharmacy goods to retail rents and housing.

On Sunday, police said two small explosive devices were left at a train station on Hong Kong’s border with Shenzhen, one of which partially detonated.