Jocelyn Chau, a former customer manager in a bank, was launched from obscurity to eventual political office in Hong Kong when she live-streamed her arrest earlier in the year

A colourful cast of political novices who won Hong Kong's local elections are attending cramming courses and trading tips on how to take the fight to the city's pro-Beijing establishment in their own neighbourhoods.

Last month’s landslide victory for the city’s pro-democracy camp was a clarion call for change after six months of huge and increasingly violent protests against the government of Beijing-backed leader Carrie Lam.

The city’s district councils are the only elections in which Hong Kongers can vote for every seat – and they did so in record numbers this year.

Pro-democracy candidates won 392 of 452 races, seizing all but one of the city’s 18 districts during a poll that was widely seen as a barometer of seething public anger towards Beijing’s rule.

Yet many of those elected openly admit they are political newcomers who would never would have dreamed of running had Beijing and Lam not spent months digging in against the protests. 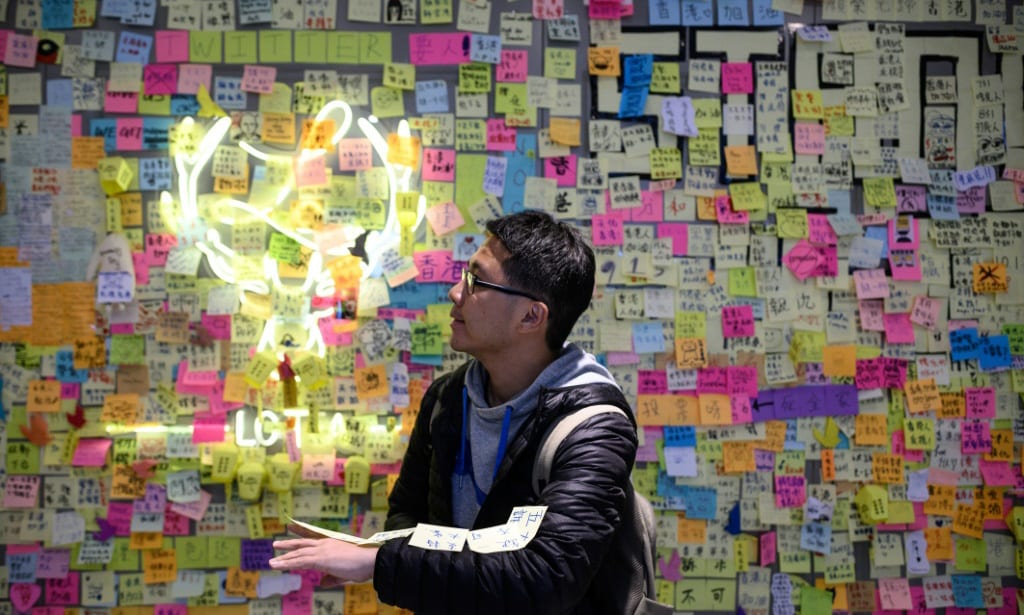 “I thought I would lose. To be honest, I don’t have enough experience,” said Chan Tsz-wai, a 26-year-old convenience store worker who wrote his manifesto by hand.

He managed to unseat a rising star of the Democratic Alliance for Betterment — the city’s largest and wealthiest pro-Beijing party — in Yau Tsim Mong, a district that has seen some of the fiercest battles between protesters and riot police.

“We are all fumbling our way across the river,” added Richard Chan, a 47-year-old funeral home director, who won in his district of Tai Po.

He recently attended a series of cramming courses for new councilors, detailing duties such as as balancing the books, running public meetings and how to hire assistants. 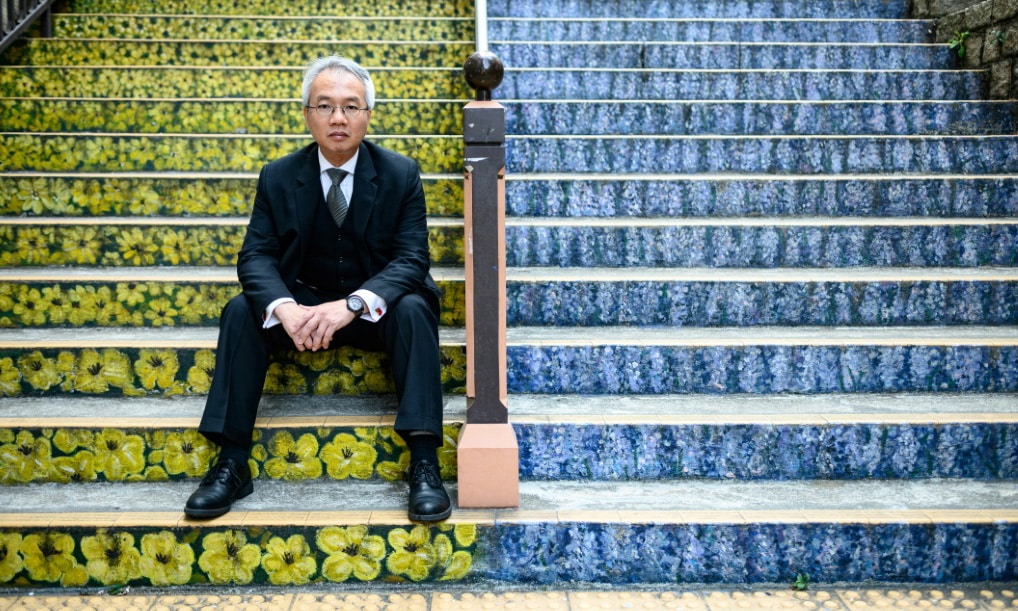 But pro-democracy candidates are strategizing on how to maximize their influence where they can.

Chan Tsz-wai plans to focus on pursuing police and local authorities over 31 August, a night when police were filmed beating demonstrators inside the Prince Edward subway station.

“I hope we can investigate this on a district level,” he said. “I understand that the power of district council is very weak, but I will do my best.”

Richard Chan is currently getting a team together to scrutinize a large housing project with one of the city’s biggest property developers.

“What most needs to be changed is the cronyism,” he said.

Jocelyn Chau, a former customer manager in a bank, was launched from obscurity to eventual political office when she live-streamed her arrest earlier in the year.

The 23-year-old won a seat in North Point, an area that has a long history of support for the pro-Beijing establishment.

She plans to focus on services for young people, a demographic that she said was often ignored by the pro-Beijing parties and have formed the backbone of this year’s protests.

“I will continue to look after the needs of the elderly while allocating more resources to cater the young people and families in my communities,” she said. 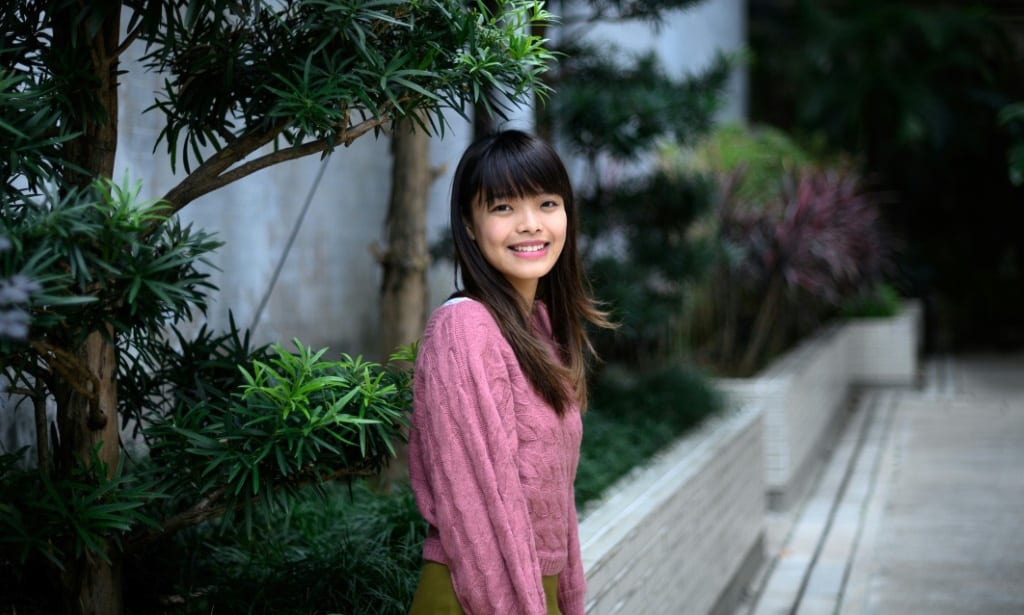 Many newly-elected district councilors, such as Tramy Chan (pictured), are political newcomers

Beijing forbids Hong Kongers from directly electing their leader – a stance which lies at the heart of the city’s political unrest.

The position is instead chosen by a 1,200 strong committee stacked with pro-Beijing political and business figures who reliably return a party loyalist.

But after November’s landslide district council win, the pro-democracy camp will have control of around 117 votes on the committee – not enough to swing a vote, but possibly enough to influence the debate over what kind of leader Hong Kong needs.

The next leader will be chosen in 2022. Current leader Lam – who won 777 votes to take office – currently boasts record low approval ratings. 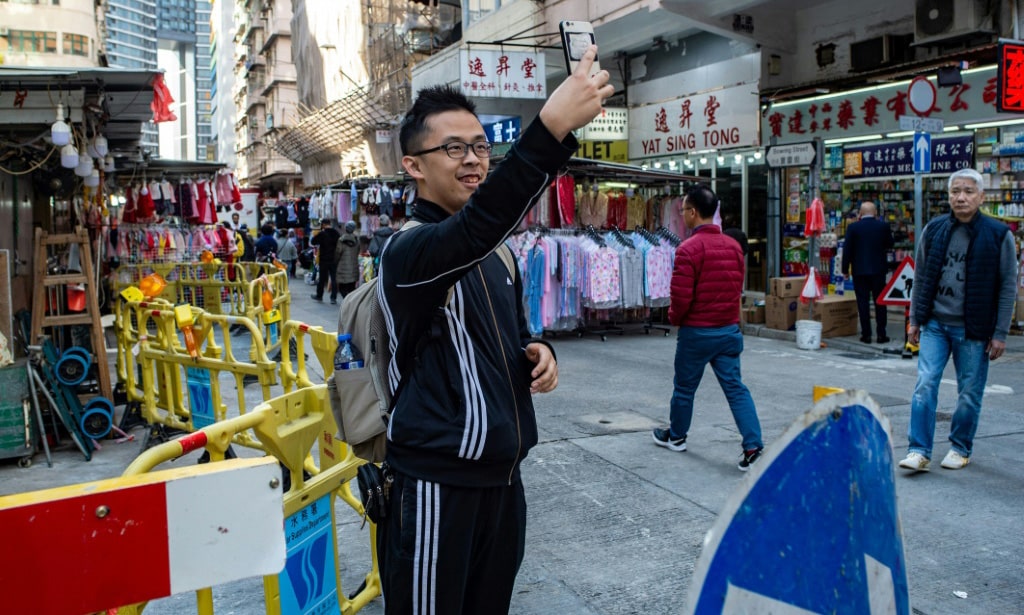 Some councilors say they must reach across the ideological divide that now permeates Hong Kong.

Cary Lo Chun-yu became a hero to the protest movement in the local elections when he toppled one of the most controversial pro-Beijing figures, outspoken politician Junius Ho.

Ho was stabbed on the campaign trail by a man who pretended to be a fan, and his face is routinely plastered on the ground for people to walk on.

But Lo said bridges needed to be built, noting Ho received 100 more votes than the last election and only lost because of the high turnout of pro-democracy supporters.

“We can’t neglect that there are different people supporting Ho,” he said.

PICTURES BY PHILIP FONG/afp
by Vanesse Chan and Su Xinqi